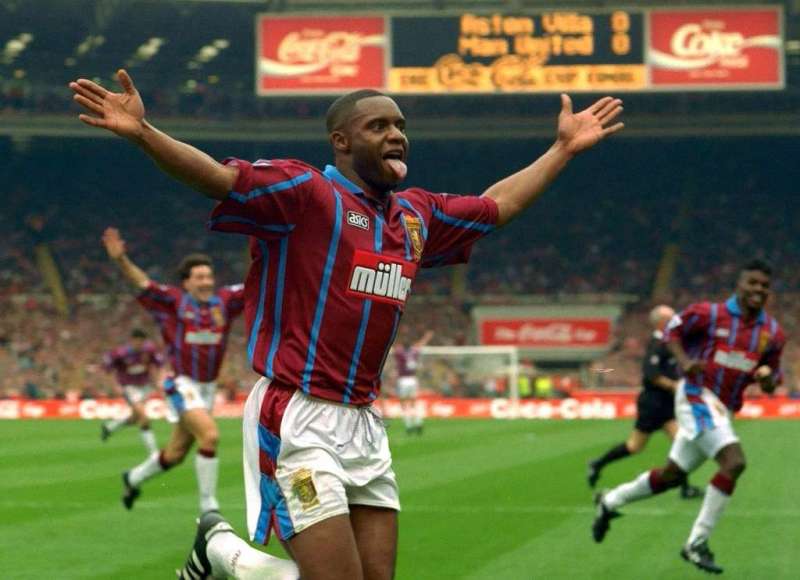 Former Aston Villa striker Dalian Atkinson has passed away after being shot by a police taser earlier this morning.

The 48-year-old was shot after police were called to a home in Telford at 1:30am, amid concerns for the “safety of an individual.”

Atkinson was given medical treatment but suffered a cardiac arrest on the way to the hospital and died shortly after.

Tributes have been pouring in from the football world, with Frank Sinclair and John Hartson posting on Twitter along with Atkinson’s former clubs Sheffield Wednesday, Villa and Ipswich Town.

The Englishman began his career at Portman Road, impressing fans with his blistering pace and goal scoring ability, netting 18 times in 60 league appearances. At 21-years-old, Atkinson joined his namesake Ron at Hillsborough as Sheffield Wednesday signed him for £450,000.

Following relegation with the Owls, the striker moved to Real Sociedad for £1.7m, becoming the first black player to play for the Basque club.

However, it was his spell at Villa Park that he is remembered most fondly for. The striker won Match of the Day’s ‘Goal of the Season’ for the 1992/93 campaign after his magnificent solo goal against Wimbledon.

Starting deep in his own half, he skipped round a number of challenges before immaculately lobbing the keeper from the edge of the box.

Atkinson was also instrumental in helping Villa defeat Manchester United in the 1994 League Cup Final. He scored the first goal en route to a 3-1 victory at Wembley as the Villains claimed their fourth League Cup triumph.

Following his four year stint in the Midlands, the striker transferred to Turkish giants Fenerbache. He failed to settle in Turkey though and loan moves followed before winding his career down with short spells in South Korea and Saudi Arabia.