Week two: Five things we learnt in the Football League 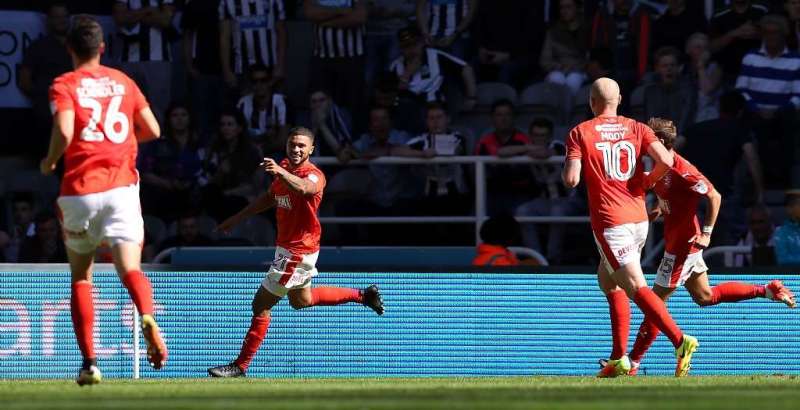 The second round of EFL fixtures is already complete, and with a full round of games on Tuesday night, the season is well and truly in full swing. Here we take a look at five talking points from yet another weekend that was full to the brim with excitement and drama.

Huddersfield aren’t here just to make up the numbers

Huddersfield wouldn’t have been many people’s tip for promotion this season, but have started the campaign in a similar fashion to how the ended the last one. Since David Wagner took charge in Yorkshire, there has been a huge upward turn in performances, culminating in their eye-catching win at St James’ Park on Saturday.

Nahki Wells and Jack Payne scored either side of a Dwight Gayle equaliser to ensure they are one of only five sides in the EFL to still have 100% records, and continue the Toon’s wretched start to the season.

Wagner’s side plays in such a similar fashion to how his former Dortmund colleague Jurgen Klopp likes to see his sides play, with the high intensity and pressing style that was so effective in Germany. Newcastle won’t be the only side to struggle to get to grips with the Terriers this season, and they could really push on for a memorable season if they continue to play in the same vein.

Six months in the making for Villa

After an extremely turbulent first week at the helm for Roberto Di Matteo, his side claimed their first three points of the campaign – and their first win at Villa Park since the start of February.

In a first week that included a defeat at Sheffield Wednesday, and then a humiliating 3-1 reverse at Luton, Villa’s faithful were worried they could be in for another miserable season.

However, a Rudy Gestede brace and a fine individual effort from Jack Grealish meant Villa had their first home points since the 6th of February.

Di Matteo said: “I wouldn’t say it is a big relief, but we are pleased. We wanted to start our season at home with a positive result.” 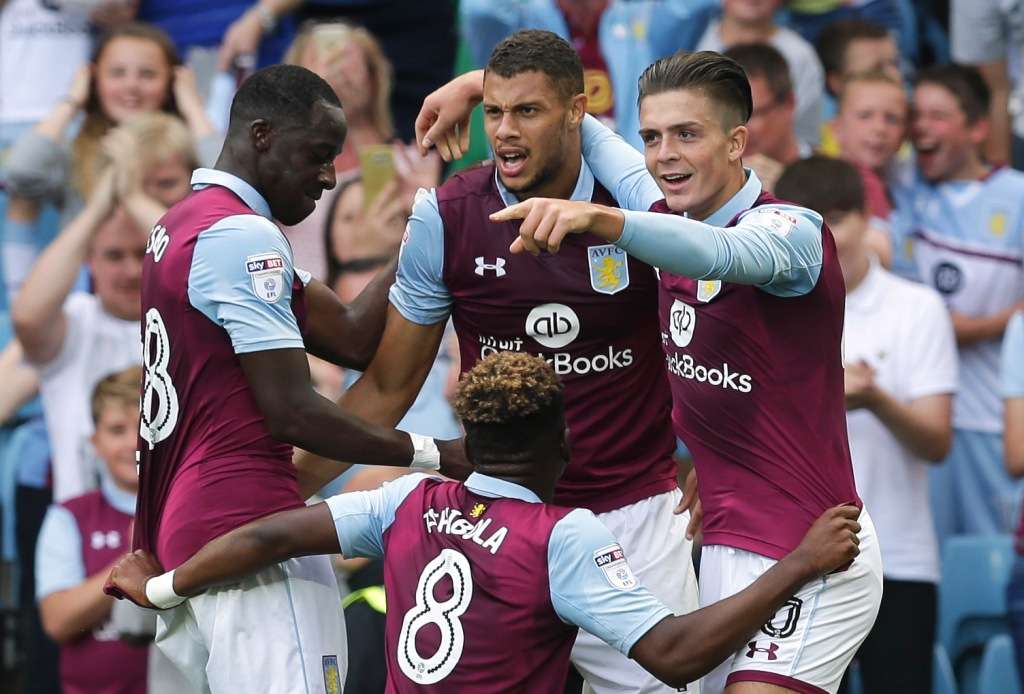 It was over a year in waiting, 495 days to be exact, but Bolton finally won on the road.

Their 2-1 victory at AFC Wimbledon ended a run of away performances that meant the Trotters had no chance of avoiding the drop from last season’s Championship.

Before Saturday, Phil Parkinson’s side last claimed three away points when they beat Birmingham in October during the 2014-15 campaign, but thanks to Liam Trotter’s winner 20 minutes from time, they are up and running away from home.

They are now two wins from two and Parkinson said:  “I was aware of the record. We had a meeting in the hotel last night and we went through the requirements we felt were needed – we asked the lads what they felt and we said ‘no excuses.’

“You could feel the release of tension when the whistle went from all of our supporters.” 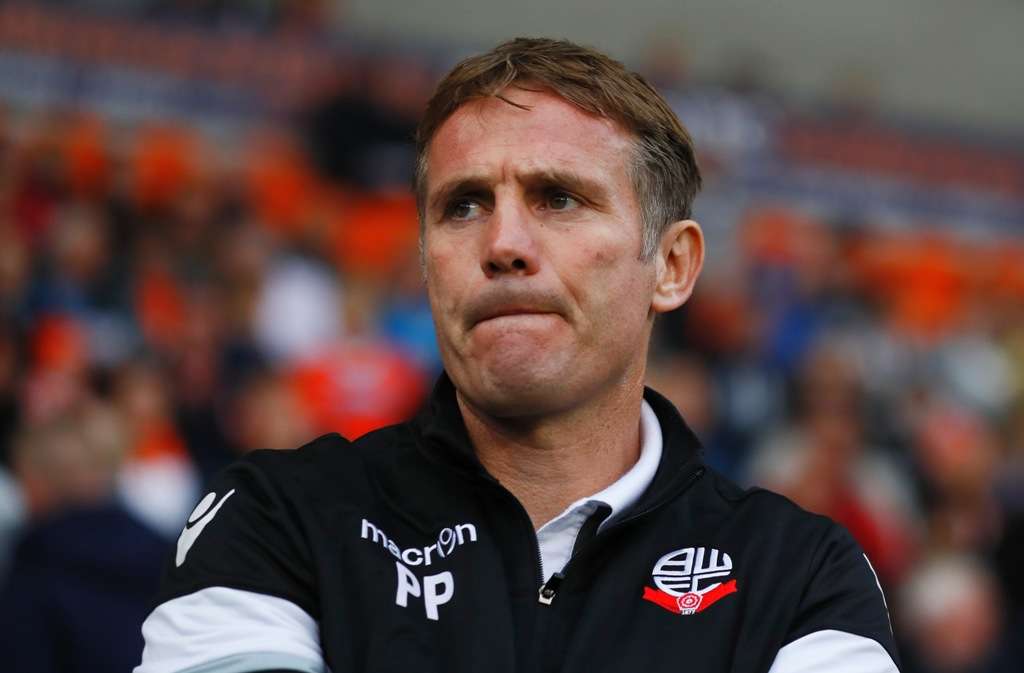 Phil Parkinson was delighted to shake off the away day hoodoo

Agard gets off to a flyer

He only arrived at the club on Thursday, for a club record fee, but Kieran Agard has clearly settled in nicely in his new surroundings.

After going 2-0 down early against Millwall, with strikes from Tony Craig and David Worrall putting the Lions ahead, it looked a tough task for the Dons to get anything out of the game.

However, a first-half brace from the new boy Agard levelled things up and got his career in Buckinghamshire off to a brilliant start, showing how much of a threat he can be at this level.

Karl Robinson was clearly keen to break the bank and get Agard to spearhead his attack as the Dons look to bounce straight back into the Championship, and his faith was restored. It was a brilliant forward’s performance by Agard, and the standing ovation he received when he was substituted showed the fans are already extremely keen on him too. 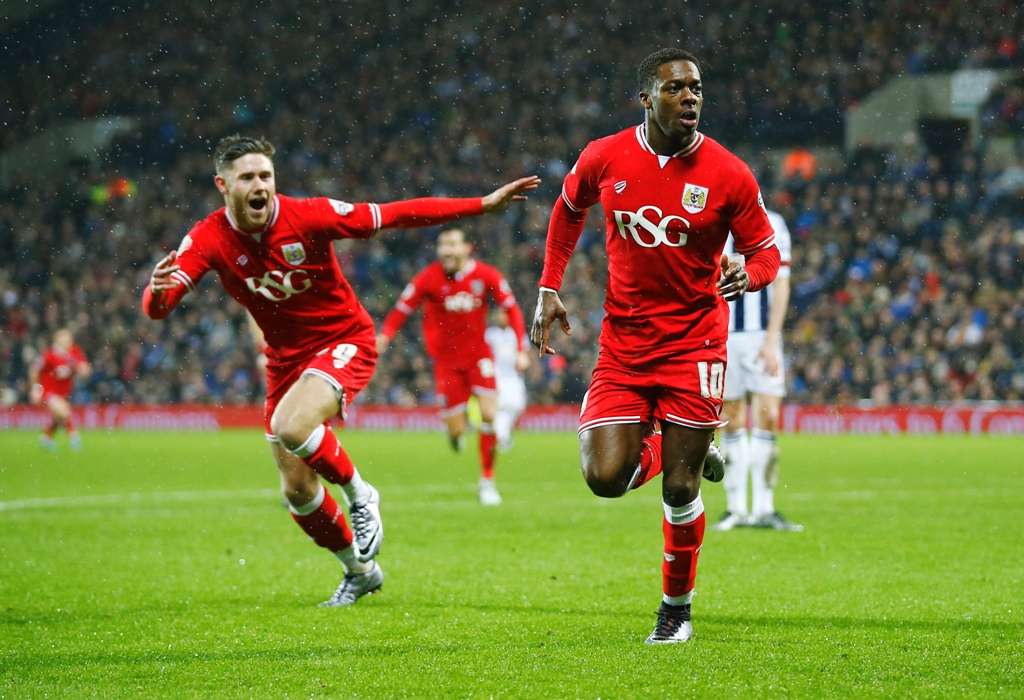 Agard, pictured here at Bristol City, is off the mark for MK Dons in brilliant fashion

You often hear of fans running late for kick-off, and traffic problems around stadiums, but it’s not usually the manager and his players that are cutting it fine.

On Saturday however John Sheridan and four of his players, including Jon Stead, were stuck in traffic on the M1 – not exactly perfect preparation for their home game against Stevenage.

In the end, the police had to get involved when they caught wind of the situation, and picked Sheridan and his players up to deliver them to Meadow Lane and prevent the game from being delayed.

The delays didn’t seem to affect Stead, who scored in the 1-1 draw, but the Magpies remain winless this season and languish in 22nd place. 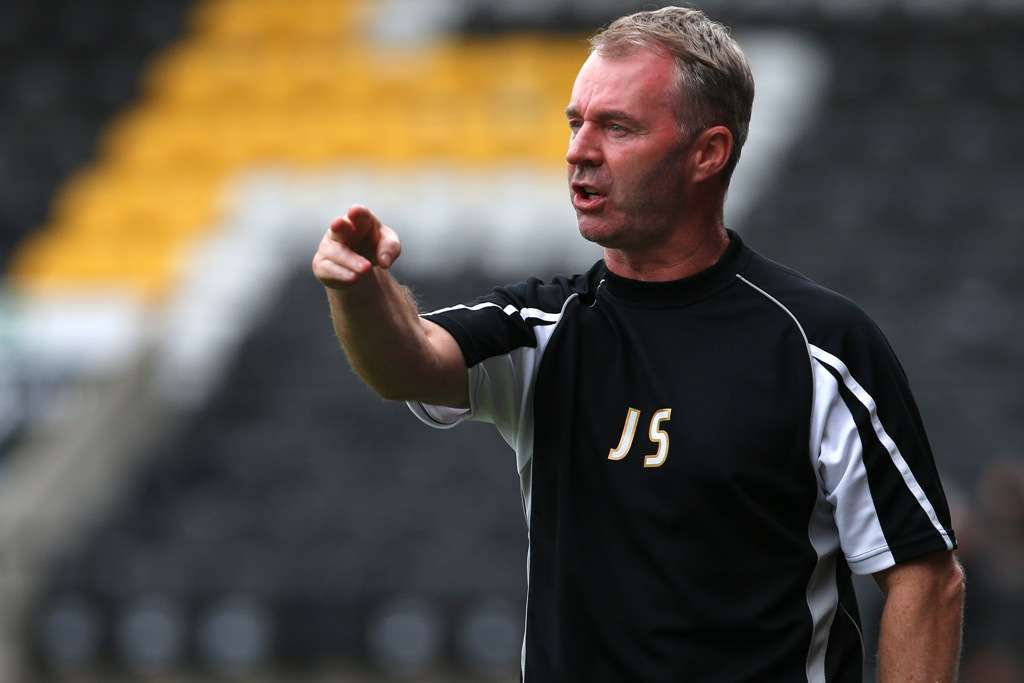 Roll on next weekend in the Football League!