Kelly: Players play through the pain for Warnock 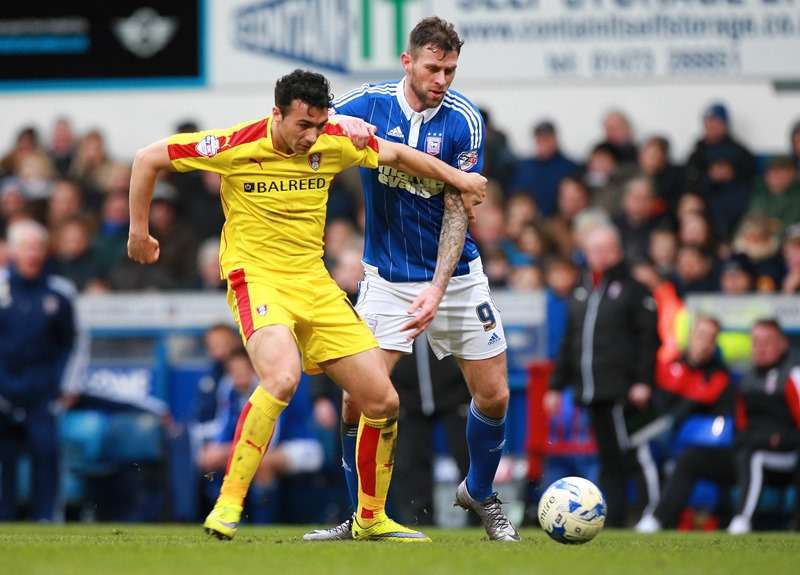 IF simplicity is the ultimate sophistication then Rotherham United’s Neil Warnock is football’s most unlikely intellectual.

For all the touchline snarling, ref-baiting and pre-match hand grenades, few men have such a finely-honed appreciation of the Championship.

Philosophies and ProZone have their place, but when the chips are down and League One is looming, perspiration and persuasion are qualities of far greater importance.

Warnock has long recognised the value of a rolled-up sleeve. When the 67-year-old stepped aboard Rotherham’s sinking ship in January, the Millers were three points adrift and circled by menacing fixtures against five of the top seven.

“I’m sure the teams around us must have looked at those games and said ‘They’re dead and buried’,” says Stephen Kelly, Rotherham’s 32-year-old right-back.

Yet after drawing at Bristol City on Tuesday, the Millers were unbeaten in seven games, six points clear of the drop and Warnock has just won his seventh manager of the month award, a joint-record alongside Billy Davies and Chris Hughton.

“What Neil brings is simplicity and experience,” explains Kelly, who worked under Glenn Hoddle and Roy Hodgson during a decade-long stint in the Premier League. “He’s been around the league for years and he knows exactly how to win games.

“Nothing is complicated. He wants his defenders to defend, to be men on the pitch. You head, you kick, you tackle and if there’s time to play, you try to play. He wants his strikers to hold the ball up and get forward quickly.

“We’re well-drilled, well-organised. He makes it very easy for people to understand their jobs so that when new faces come into the team, they slot in and know exactly what to do. If it sounds simple, it’s because it is.

“He also has this great ability to make you play for him. Before every game, he instills the belief that we’re good enough to beat anyone. It’s always ‘What have they got to frighten us?’

“You go out there wanting to put your body on the line. We’ve got lads playing through knocks, shrugging off injuries. Every player wants to run through a brick wall for him. It’s a great quality to have.” 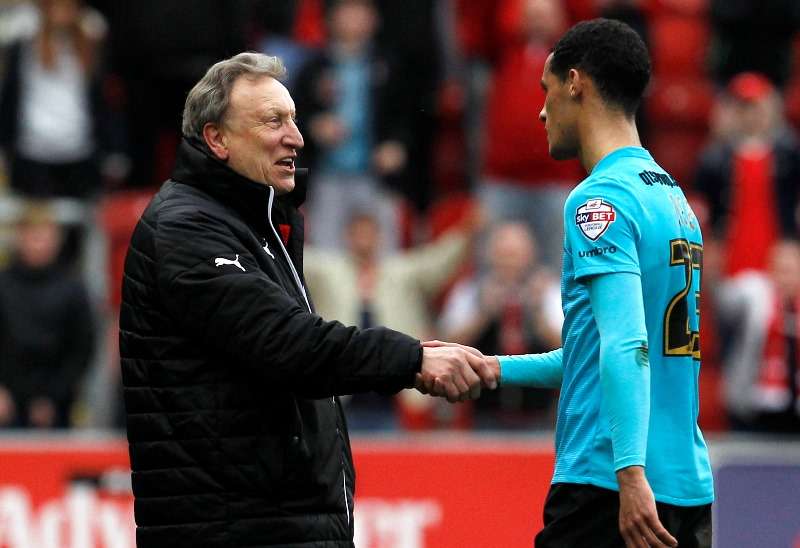 Accolade: Neil Warnock was named the Championship Manager of the Year for March (photo by Action Images / Craig Brough)

Rotherham’s resurgence has coincided with Kelly’s return from a series of freak injuries that have restricted him to just nine games since signing from Reading in November.

“I came in and played three games and we won every one of them,” says the Dubliner, who began his career at Spurs and also played for Birmingham, Stoke and Fulham.

“Then I broke my hand. I came back from that and in my very first training session, one of the lads fell on my knee and tore the medial ligament. A ­completely freak accident.

“I was meant to be out for the season but luckily I’ve healed quite quickly. It’s a real shame because I was signed by Neil Redfearn and really liked him but by the time I got fit, he was gone.”

Yet Kelly’s enforced spell in the stand also provided a perspective on Rotherham’s struggles that convinced him that the Millers were more than relegation fodder.

“Even when we were losing, it was 1-0, 2-1,” he adds. “A last-minute goal, a loss of concentration. It was obvious we weren’t missing that much.

“Yes, some players are back fit. Myself, Lee Frecklington, who has been massive, Leon Best, who is a real handful for defenders. We’ve made an impact.

“But the group of players is basically the same. All it needed was someone to inject a bit of belief and that’s exactly what Neil did.”

Warnock has always leaned on his experienced players and Kelly is ­relishing the responsibility bestowed by his years marking the likes of Ryan Giggs and Cristiano Ronaldo.

As a youngster, he was mentored by Ledley King, the Spurs and England centre-half  whose peerless ability shone through even amidst crippling knee problems.

“I was very fortunate to grow up at Spurs,” says Kelly. “I moved to Tottenham when I was 16 and kind of grew up there. The coaches and the lads – they were like my family. I’ll always have a soft spot for them, especially Ledley.

“Ledley is hands down the best defender I’ve ever played with. What a player. To learn alongside him was a privilege, it really was.

“He had strength, he had pace, he read the game two moves ahead of everybody else. He was very good on the ball, he could use both feet. He played in midfield half the time, which tells you how good he was.

“When I first came through, he could still train. But in my last few seasons, he was basically just managing his knees. He’d rest all week, have a light session on Friday, then drag himself out to play on Saturday.

“That continued for five or six years after I left but, even then, he was usually the best player on the pitch. It’s ­phenomenal to think what he could have been if his career hadn’t been blighted by injury.

“He’d always help me out, as would Stephen Carr. Now it’s time for me to pass on what I’ve learned through my career.

“Grant Ward plays in front of me and I’ll always have a chat and guide him through things. He’s a player with a lot of ability and I think he’s going to have a good career.

“But I also want to show I’ve got a few years left myself. I still feel fresh, I still feel quick, I can still play week in, week out. I feel like I’ve got a lot to give. Besides, I’ve basically had a year off so I can add that on to the end!”

Regarding the end, can Rotherham ride the wave all the way to survival?

“We all believe that,” he adds. “Two months ago, we were maybe stuck in a rut. Now we’re fearless. It’s been a whirlwind, a complete swing, and I doubt there’s a happier dressing room in the country than ours right now.

“The lads should take great credit for giving themselves a chance but so should the gaffer and his staff. They’ve had a huge impact. Now let’s get the job done.”