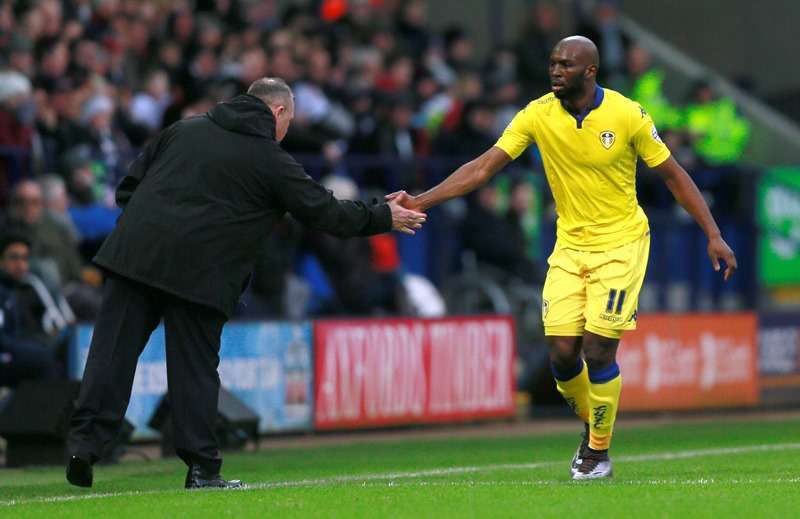 SOULEYMANE  Doukara’s season is over after an eight-game ban for biting Fulham’s Fernando Amorebieta. It should also mark the end of his Leeds career.

The Frenchman cost £2m from Catania in 2014, at a time when chairman Massimo Cellino was sacking staff in the name of cost-cutting. So what did Leeds get for their money?

Last April, Doukara was one of six Leeds players – all out-of-favour Cellino signings – who pulled out of Neil Redfearn’s squad the day before a 2-1 defeat by Charlton. Claims that each had been struck by an individual injury were as believable as a Sepp Blatter investigation.

Now, he has sunk his teeth into the chest of Amorebieta. OK, the injury was hardly severe.

The Fulham defender had to search pretty hard for a mark.

But that is completely irrelevant. Doukara knew – or should have – the punishment for biting a player. He’d seen Luis Suarez get ten games. He’d seen Dagenham’s Joss Labadie, another serial offender, miss six months.

Yet at a time when his side were demoralised and desperately struggling for goals, he reacted with total irresponsibility. Such is the story of Doukara’s time at Elland Road.

The question is, with 18 months of a ludicrous three-year contract to run, will anybody take him off Leeds’ hands? Cellino, king of the pay-off, may have to rummage in that wallet again.