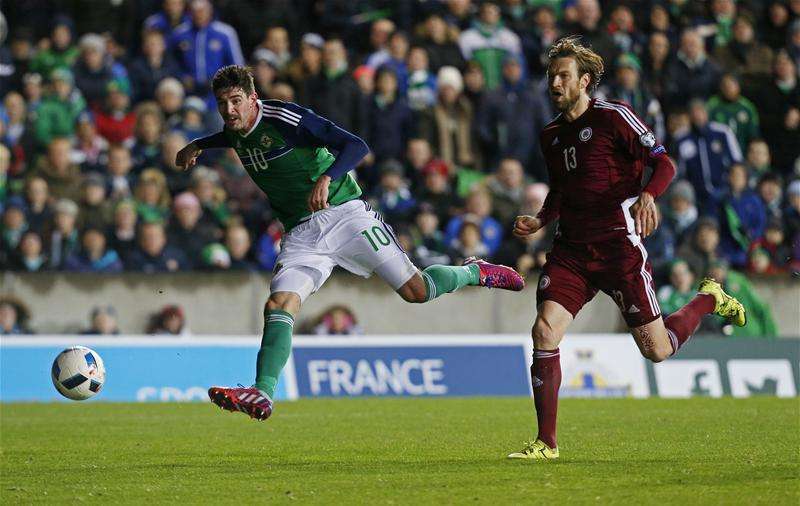 Birmingham City have moved to sign Kyle Lafferty on loan from Premier League side Norwich City until the end of the season.

Laffertty has scored twice in 23 appearances for Norwich since joining the Canaries from Italian club Palermo in June 2014.

The 28-year-old has struggled to break into the first team squad at Norwich and spent time on loan in Turkey at the end of last season, where he found the net twice in 14 appearances for Super Lig club Rizespor.

Lafferty began his career at Burnley before joining Rangers for a fee believed to be around £3 million in 2008.

After netting 38 goals with Rangers, a move to Swiss side FC Sion followed in 2012 before the 28-year-old joined Palermo the following year.

The striker has accumulated 45 caps for Northern Ireland and will be hoping to hit the goal trail at St Andrews in preparation for this summer’s European Championships in Italy.

Birmingham are currently sitting in 9th place in the Championship table. The Blues are six points off the play off places.