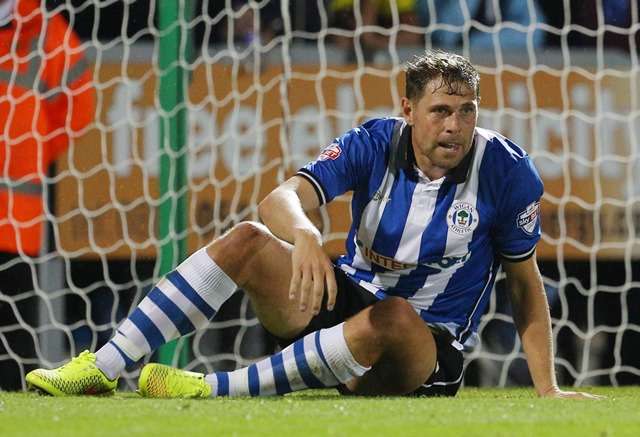 FROM the brink of an England cap to ostracised and injured – the last two years have not been kind to Grant Holt. Frozen out by Uwe Rosler at Wigan. Forced to train with the kids. Ruled out for ten months with a cruciate rupture and then relegated in absentia.

For a man who finished the 2011-12 campaign as the Premier League’s leading English goalscorer behind Wayne Rooney and was considered by Roy Hodgson for Euro 2012, the fall from grace was tough to take.

“It has been an absolute nightmare,” admits the 34-year-old, now on loan at Wolves in a bid to recover match fitness.

“I’d signed for Owen Coyle at Wigan in the summer of 2013, then got injured for four months. By the time I came back, Uwe Rosler had come in and he exiled me to the U21s.

“Why? I really don’t know. That’s a conversation you’ll need to have with Uwe because it certainly isn’t one he had with me. I spoke to him once in nine months. All I was told was that he didn’t want me, that I had to train with the kids and that I had to stay away from the first team.

“I used to go in at half seven in the morning, leave at half three in the afternoon and that was my life for five months.

“I was on loan at Huddersfield when Rosler got sacked. I came back, spoke to Malky Mackay about playing and he said I’d get my opportunity. Then the day before I was due to go back, I did my cruciate and was out for ten months. It was just one thing after another.”

Soon Mackay was gone, too. Gary Caldwell took over at the DW but, by then, Holt was in rehab and the Latics were sliding towards League One.

“Watching Wigan struggle and get relegated was probably the most frustrating time of my entire career,” he adds. “My livelihood and the club’s future was in someone else’s hands and I couldn’t do anything about it.”

What Holt could do during those days marooned in the youth ranks was pass on the 15 years of know-how gleaned at the likes of Barrow, Shrewsbury, Rochdale and Nottingham Forest.

“They knew I didn’t want to be there,” he explains. “But I just said ‘Listen, I’ll treat you with respect and I’ll do whatever you want me to do’.

“The coaches there, Joe Parkin and Gregor Rioch, were great. They got me involved, used my experience. They got me through a pretty tough time, as did the young lads.

“And I’d like to think that the five months I was with people like Jordan Flores, Tim Chow and Ryan Jennings will help them along the way.” 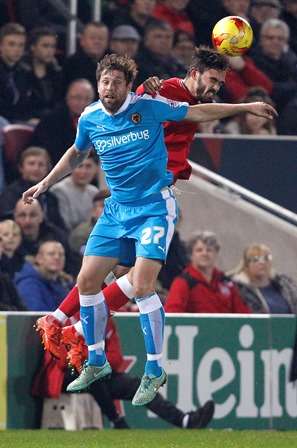 Fresh start: Grant Holt is back in the action with his loan move to Molineux (Photo by Action Images / Ian Smith)

Holt has certainly helped others hit the big time, not least Derby’s £7m-rated striker Chris Martin, whose bustling, physical game is a mirror image of his old Norwich strike partner’s.

“When Chris was a young lad, he was more of a No.10,” explains Holt. “He liked to come off, manoeuvre, drop into holes. It was only when he went on loan to Swindon that he realised he wanted to be a No.9.

“That was actually a conversation I had with him. I said he’d have a good career if he embraced being a proper centre-forward. That he could be that big physical player but still get involved in the game. He just needed to believe it himself.

“He went to Derby, had it forced on him and it’s turned into a great move. From seeing Chris at Norwich to Chris now, he’s a far more dangerous player. Hopefully I helped him along the way but I can’t take too much credit. Chris has developed his own game.”

But now Holt is hoping to help sought-after Wolves striker Benik Afobe get back on the goal trail after a five-match drought.

“The goals will come for Benik,” insists Holt. “You don’t get a £10m price tag on your head for no reason. He’s very talented and he just needs one to hit him and go in.”

As for Holt, does he still dream of a return to the Premier League?

“I don’t know about that,” laughs the 34-year-old. “But I never dreamt I’d do it in the first place, so who knows? I’m the fittest I’ve felt, the best weight. I need minutes to start showing everyone that I’m the same player I ever was.”