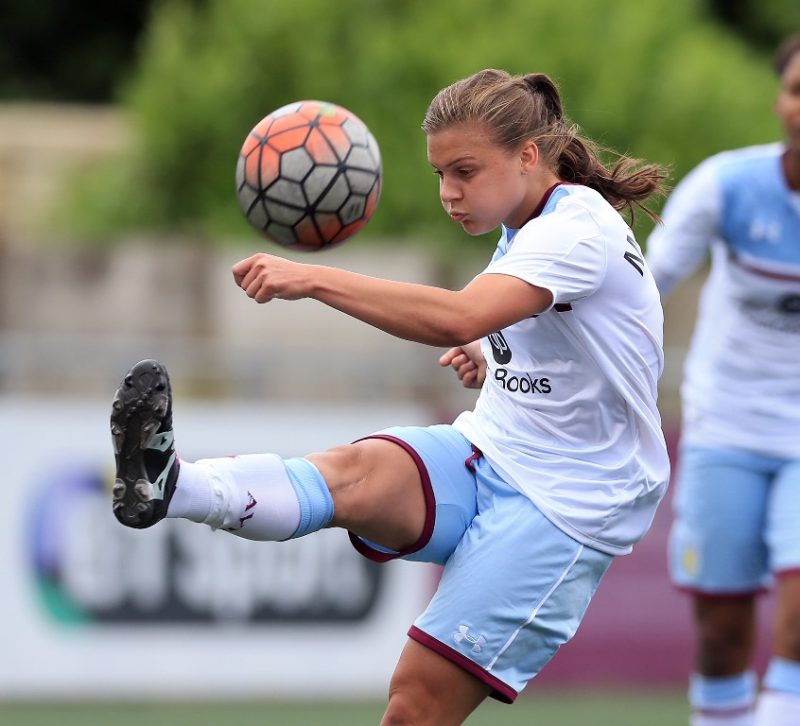 ASTON Villa starlet Sarah Mayling says she is back on England’s radar thanks to the gruelling extra-curricular work she put in after suffering a serious knee injury 18 months ago.

The 19-year-old, above, has long been considered one of the most exciting prospects Villa have ever produced, and England are clearly of the same mind after calling her up to their Next Gen squad for the first time last month.

And it’s a reminder of just how far the midfielder has come since injuring her ACL and missing most of the 2015 campaign.

Though she was back in training that winter, a return to match sharpness took longer still, and it was only through extra training sessions at Birmingham’s Velocity Training Club that her confidence and agility returned.

The club counts Darren Bent and Gabby Agbonlahor among its happy customers and Mayling admits the tailored training sessions are still working to her advantage.

“I got back a little under 12 months ago. It was quite a long rehab process and it’s taken me a while to get my sharpness back,” said Mayling, who can play any position across midfield.

“There was a lot more on-the-ball stuff to work on, like quick changes in direction, and it took me half of the season to get there.

“I did some work with Velocity. It’s a sport- specific club and they are really well known at Aston Villa. They’ve helped me by putting me on exercise programmes outside of what I do at Villa.

“It’s more personalised, one-to-one sessions with the coaches and that focus has really benefited me. I am definitely going to continue with them.”

Mayling has played 18 games in all competitions for Villa this season, but it was last month’s performances with the England Under-20s that underlined her return to peak condition.

She came off the bench to net an 89th-minute winner against Brazil – and was then fast-tracked into the Next Gen squad that took part in a training camp alongside the seniors earlier this month.

She added: “I spoke to (Next Gen coach) Marianne Spacey during the camp and it was just to tell me that the performances in the Under-20s tournament gave me a lift in their eyes and that I got selected based on that. It was great to hear I was on the right track.

“It’s been hit and miss for me in the England age group teams since the injury. I hadn’t scored often, but to score the winner against a side like Brazil and then go on and win the tournament was amazing.

“I’m looking forward now to getting a proper pre-season done, compared to last year. That will really help me start the season fast, which is what I need.”