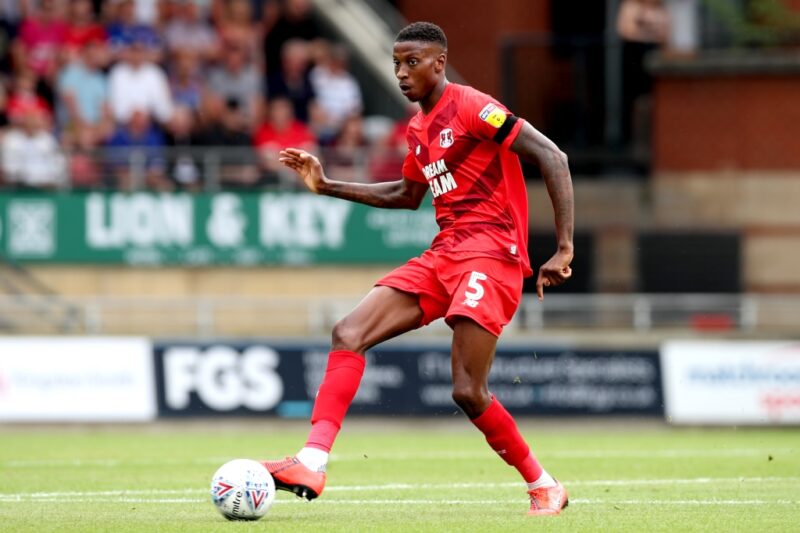 Whilst many League One clubs are yet to dust off their chequebooks this summer, Blackpool FC have already started their business, with Leyton Orient’s Marvin Ekpiteta joining the club on an initial two-year deal. The defender was highly rated in East London, and the vast majority of O’s fans are sad to see him depart Brisbane Road. Despite being offered fresh terms, the former East Thurrock man has opted to challenge himself at the higher level, and he is expected to continue his development working under Neil Critchley at Bloomfield Road.

The highly-rated defender has joined the Club from @leytonorientfc.https://t.co/NNvGrVEmpC pic.twitter.com/qniLLcoPIL

Ekpiteta rarely missed a game in E10 last season and, although a shin problem ruled him out of the club’s final four fixtures in March, he was always one of the first names on the team-sheet. Described as a ‘warrior’ by the Orient coaching staff during their triumphant National League campaign, the lofty defender is always eager to learn, and his ability to bring the ball out from the back is a trait which is likely to serve him well in the third tier. He’s successfully made the transition from being a part-time performer to a full-time professional, and has also adapted to life in the EFL with relative ease. Being forced to drop down to non-league simply increased his determination to return to full-time football, and those knockbacks at the beginning of his career appear to have given him an unwavering drive to succeed in the game.
The defender is the second player to join the Fylde Coast club this summer, with Swindon’s Keshi Anderson signing a two-year deal at the end of June. Despite a positive start to the campaign, Blackpool’s season fizzled out with the club finishing in 13th position. However, brighter times appear to be on the horizon, with former Liverpool youth team coach Neil Critchley having been given carte blanche to refresh his squad over the coming months.
The coach spent seven successful years at Anfield, and although he was no longer around to enjoy the club’s title-winning celebrations, he played an important role in developing many of the club’s best young talents. The Reds are the 13/8 second-favourites in the betting on the Premier League markets for the 2020-21 campaign, and the Merseyside club may opt to send some of their promising youngsters on loan to Bloomfield Road next season in a bid to trim their bloated squad. Critchley is renowned for improving inexperienced individuals, and his sessions at Melwood were widely praised for their simplicity and effectiveness. Ekpiteta is likely to enjoy working with the former midfielder, who has also been joined by his former Liverpool colleague Mike Garrity.

The former O’s man is a good modern centre back, and his attitude to the game makes him the ideal signing for the Tangerines. Having worked his way back up to the third tier, the Enfield-born defender is unlikely to take his foot off the gas anytime soon. With Ryan Edwards’ future unclear, and Sheffield United defender Ben Heneghan not expected to return to Lancashire for a third loan spell, it’s an area of the field which needs urgent attention this summer. Ekpiteta is composed on the ball, and his consistency is admirable. He could turn out to be one of the signings of the summer in League One.