NEIL WHATMORE says Bolton were determined to make it third time lucky when clinching the Second Division title 40 years ago.

Ian Greaves’s side had missed out on promotion back into the First Division  in each of the previous two seasons.

In 1976, they finished fourth after two defeats in the last five games, but the Trotters were to go even closer 12 months later.

A Kenny Hibbitt goal sent them spinning to a crucial 1-0 defeat in their penultimate game against champions Wolves and meant they needed to beat Bristol Rovers by an improbable 14 clear goals in their last game to pip Nottingham Forest to promotion. They drew 2-2.

A year later Greaves’s side were neck and neck with Keith Burkinshaw’s Tottenham, but this time held their nerve with a 1-0 win at local rivals Blackburn to secure promotion.

“We missed out on promotion on the last day of the season in the previous year and the year before that,” said Whatmore.

“I suppose, like everybody in that situation, we felt a little bit sorry for ourselves. We felt we were good enough to go up both years but obviously we weren’t.

“This time, we were all a little bit wiser, a little bit more experienced and thought we were better footballers as well.

“We probably had a little bit more luck and believed we were good enough to do it.”

Whatmore, who was Wanderers’ leading scorer with 19 goals, says they wanted to make a statement of intent from the opening game of the season.

“We were determined to go out from day one against Burnley (a 1-0 away win) to make sure we didn’t feel like that again at the end of the season,” he added.

“We didn’t lose too many games out of the 42 and whoever was around us we beat. We were the best team in the league which was proved by going up as champions

“We won away at Blackburn in the second to last game (1-0) and that made it a little bit more sweeter as it was a local derby.

“It was a tense game. We played well and Frank Worthington scored the deciding goal, which for a lot of Bolton fans will go down in history.

“I know he scored better and more exciting goals, but a lot of older Bolton fans will remember him for scoring the goal which took us up. We rode our luck at times but deserved to win.

“It was an absolutely fantastic feeling when the final whistle blew to know we were going up into the big league.

“We had started to run out of games and began to think we were going to miss out a third time running, but we were determined not to let that happen.

“It was a kick up the backside, a jolt. Nobody was going to give it to us, we had to go out and earn it and we didn’t have to rely on other teams.

“Then the last game of the season against Fulham was a dour game, I don’t think there was anything exciting about it. I don’t know why because the Championship was at stake. 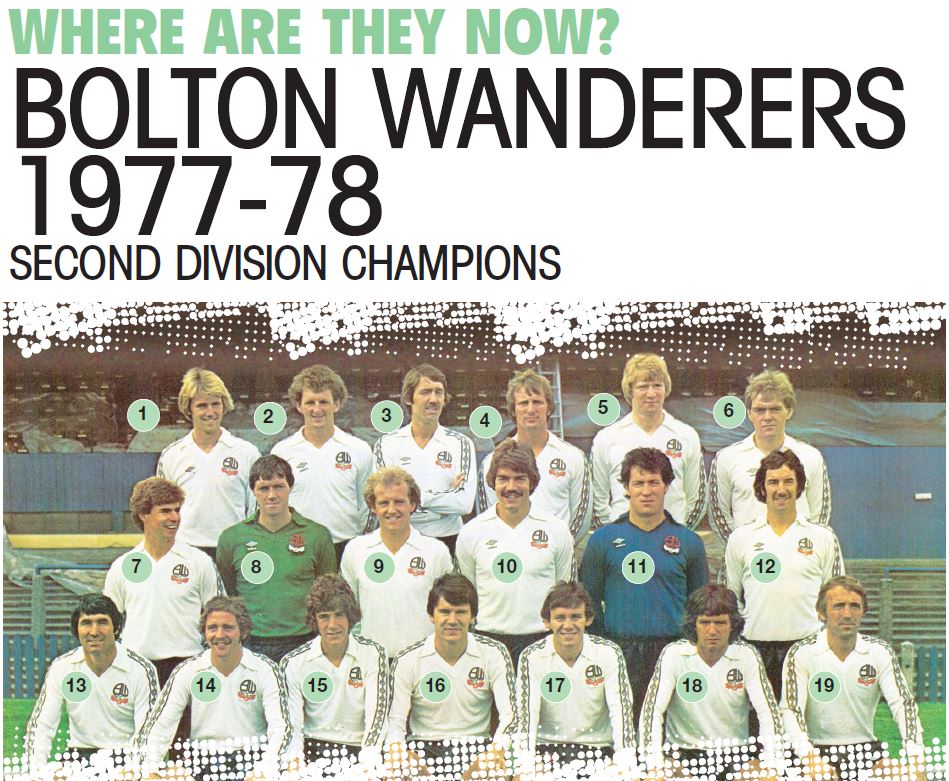