Eight games into the season, we’ve got just enough minutes under our belt to start recognising key performers in this season’s EFL.

This week, we take a look at the best players so far this season from League One.

Naturally, the early top 6 are well-represented, but there may be a surprise or two, with a few players perhaps going under the radar somewhat. We’ve opted for a 4-2-3-1.

Henderson is one of a number of highly-rated goalkeepers at England youth level, consistently part of national squads at his age group and now putting pressure on Angus Gunn in the England Under-21 squad. He’s also passing the ‘adult football’ test with flying colours.

A spell at Grimsby last season saw him keep four clean sheets in seven matches, and this season it’s four in six with the young stopper a large reason for Shrewsbury’s early status as league leaders. Henderson is already a fan favourite for his passion and performances, winning Man of the Match on a few occasions, and is doing no harm to his reputation as a potential Premier League #1. 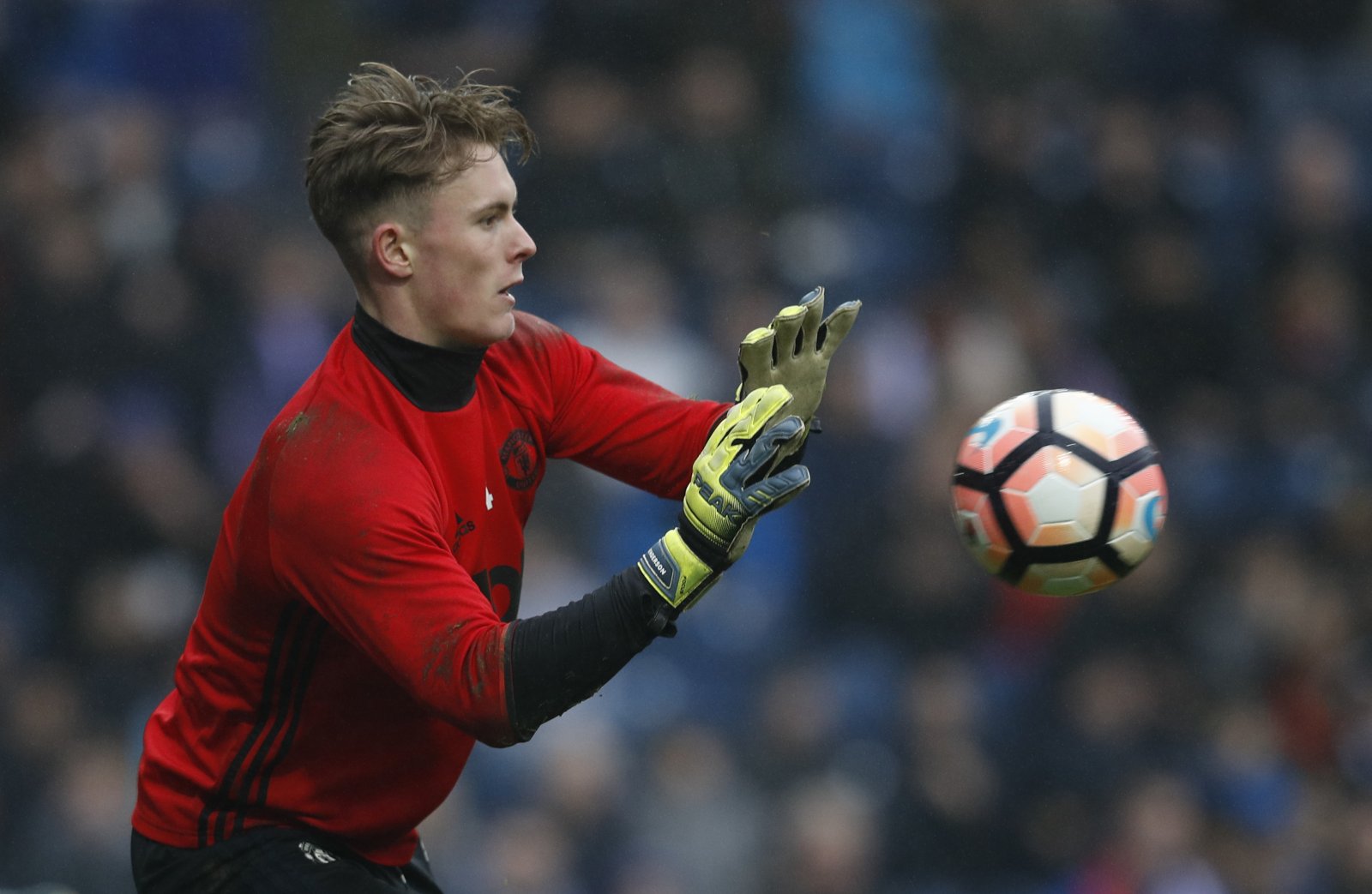 Mr Consistent down Bradford’s right flank, McMahon and the Bantams have been a perfect match since he joined back in March 2015. First and foremost an excellent defender in a league full of tricky wingers, McMahon’s defensive influence is arguably overshadowed by his value in an attacking sense. Consistently good delivery from out wide and especially from set-pieces has seen him rack up five assists already this season. His penalty taking prowess is an added bonus. 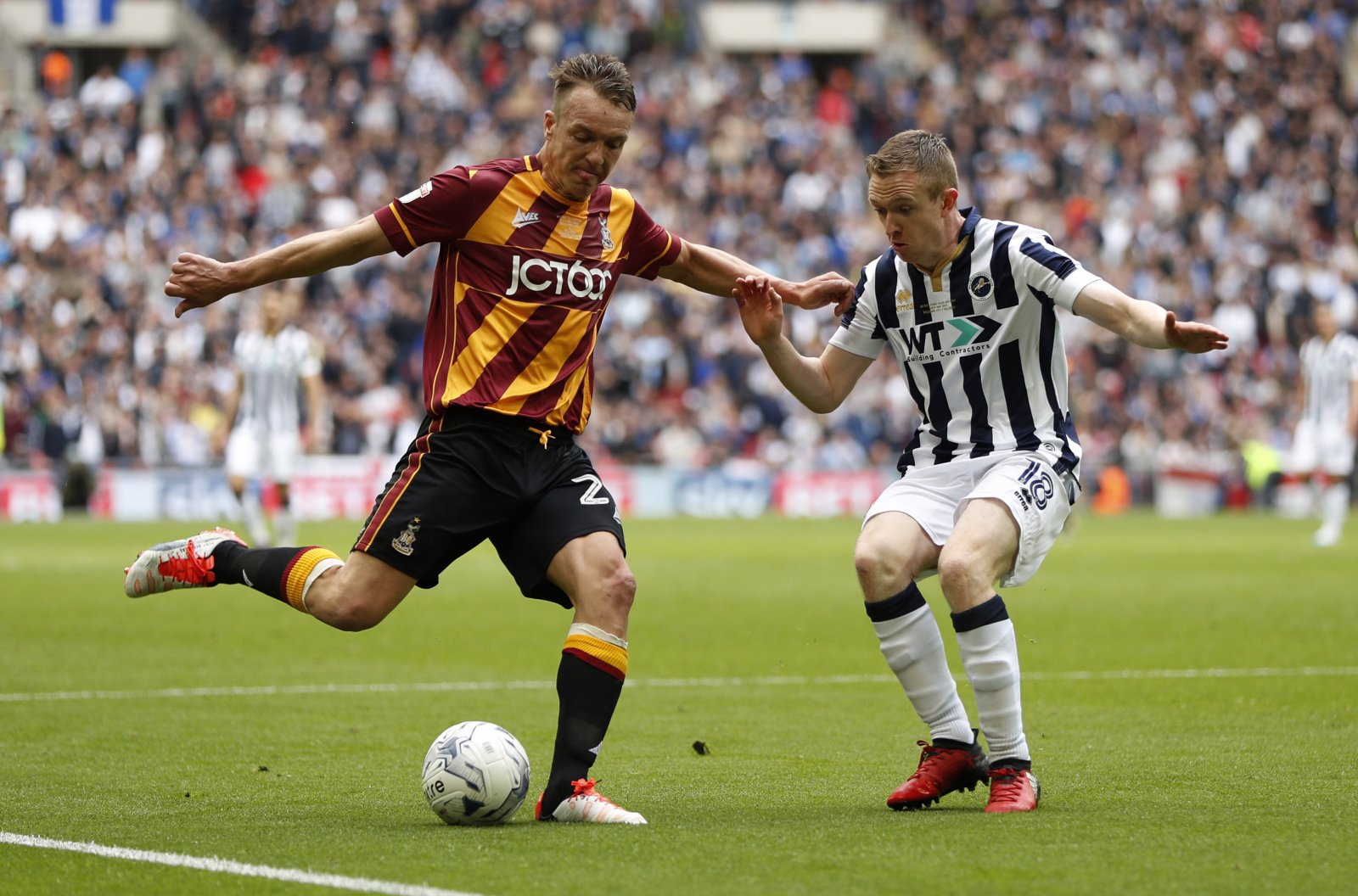 Burn did not come from Fulham with rave reviews from their fans, but after reaching 50 games for Wigan, Latics fans are calling him Superman. One of very few bright lights in last season’s relegation campaign, Burn is thriving in a dominant League One side. Unbeatable in the air and happy to just get rid when needed, Burn is a proper defender and his reputation is on the rise. 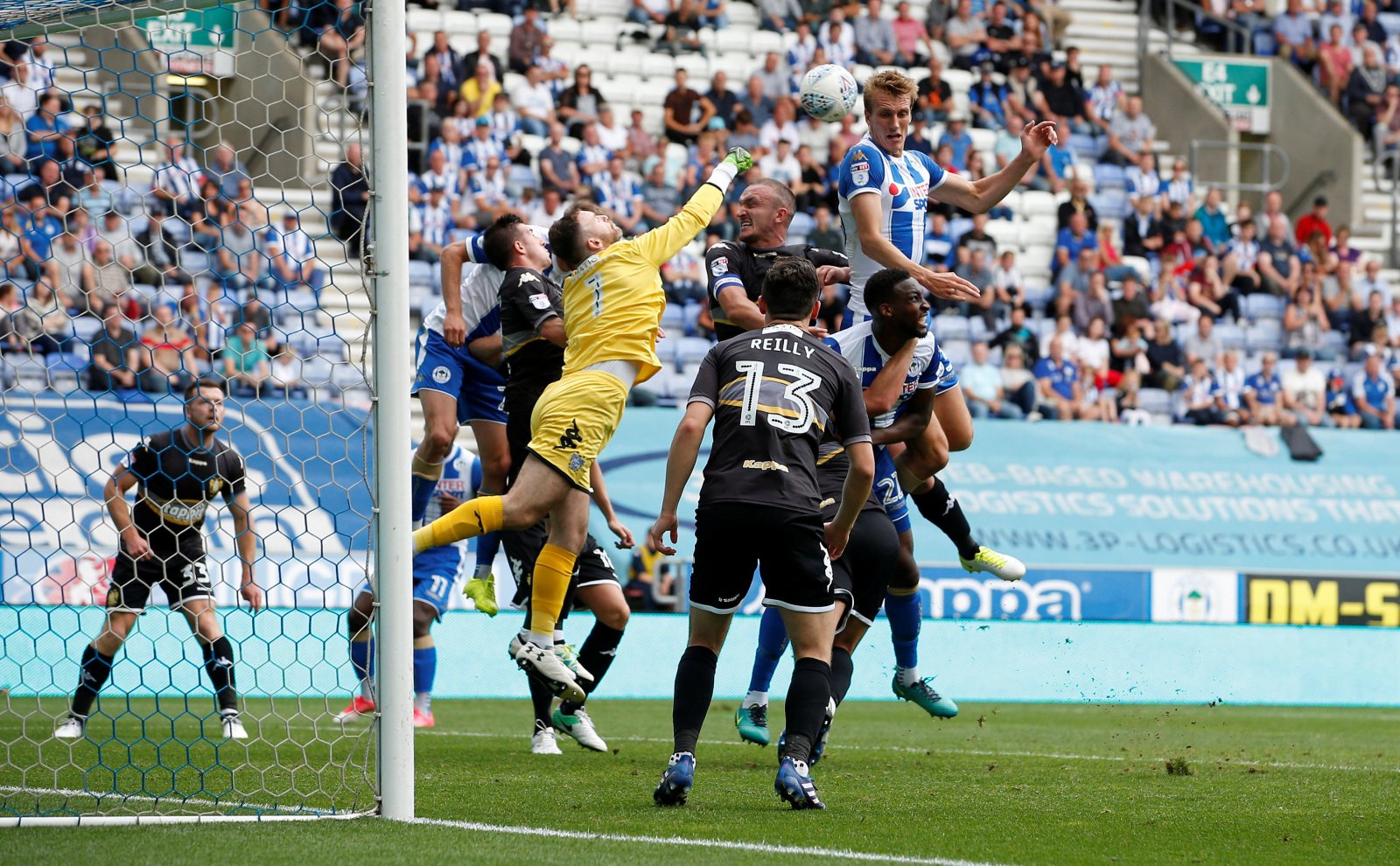 In the NFL, they say that ‘your best ability is availability’ and it’s a value that Murray Wallace has demonstrated. The Scot has played over 75 consecutive league games for Scunthorpe, whose defence has improved to the point where it is among the league’s best – just three goals conceded in eight league games this season. Comfortable on the ball and with good positioning and timing in the tackle, you get the feeling that Wallace won’t be playing in League One beyond this season. 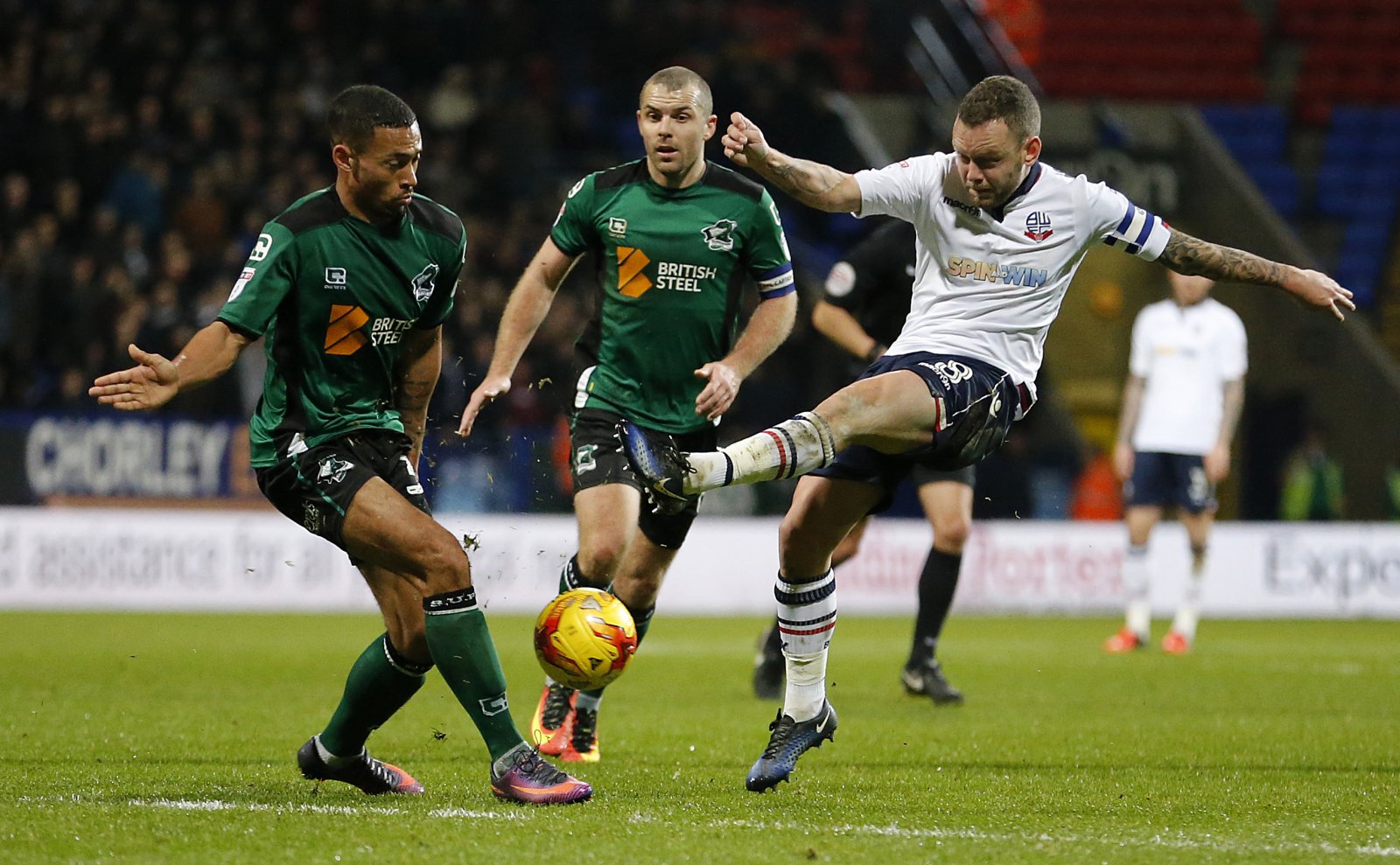 Another Premier League loanee, we were shocked that Charlton were able to persuade Chelsea and DaSilva to rejoin the club on loan this summer, expecting him to be playing second tier football at least. After an impressive 10 game cameo last season, the left back then captained England under-19s to the U19 European Championships, playing every minute and turning in high quality displays.

An absolute livewire down the left flank, DaSilva has started this season in similarly brilliant form for Charlton, especially as a threat going forward when overlapping Ricky Holmes. 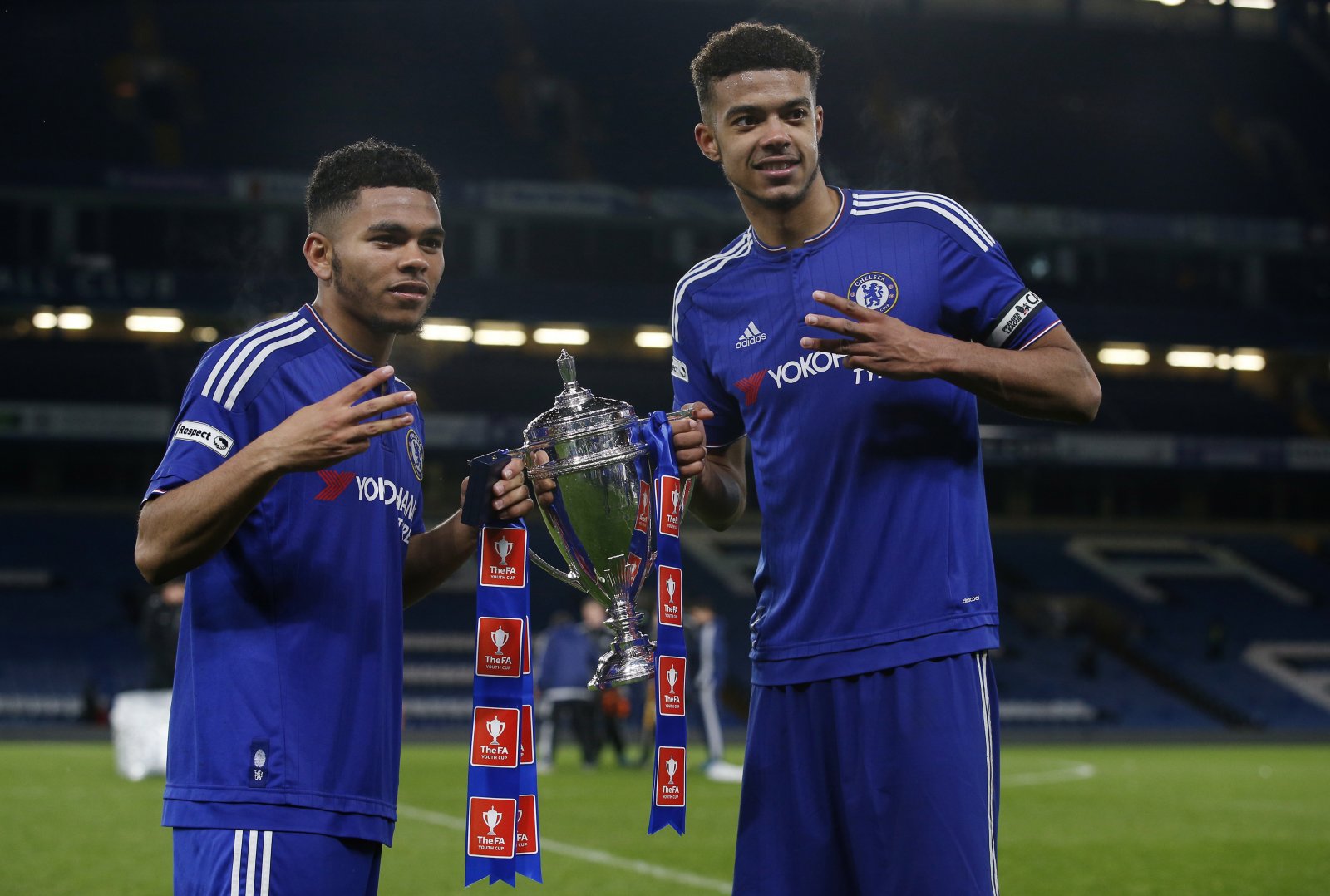 Vincelot is Bradford’s talisman. His leadership has seen the side bounce back from Play-Off Final defeat without a blip, and his goals – three in his last three games – have won the Bantams precious early season points against tough opposition (Peterborough, Oxford, Rotherham).

His versatility is a huge bonus to Stuart McCall; an ability to play as a centre back in a back three or as a central midfield player (where we’ve seen him this season) gives McCall the option to make in-game changes of formation without changing personnel.

Quite simply a force of nature all over the pitch. 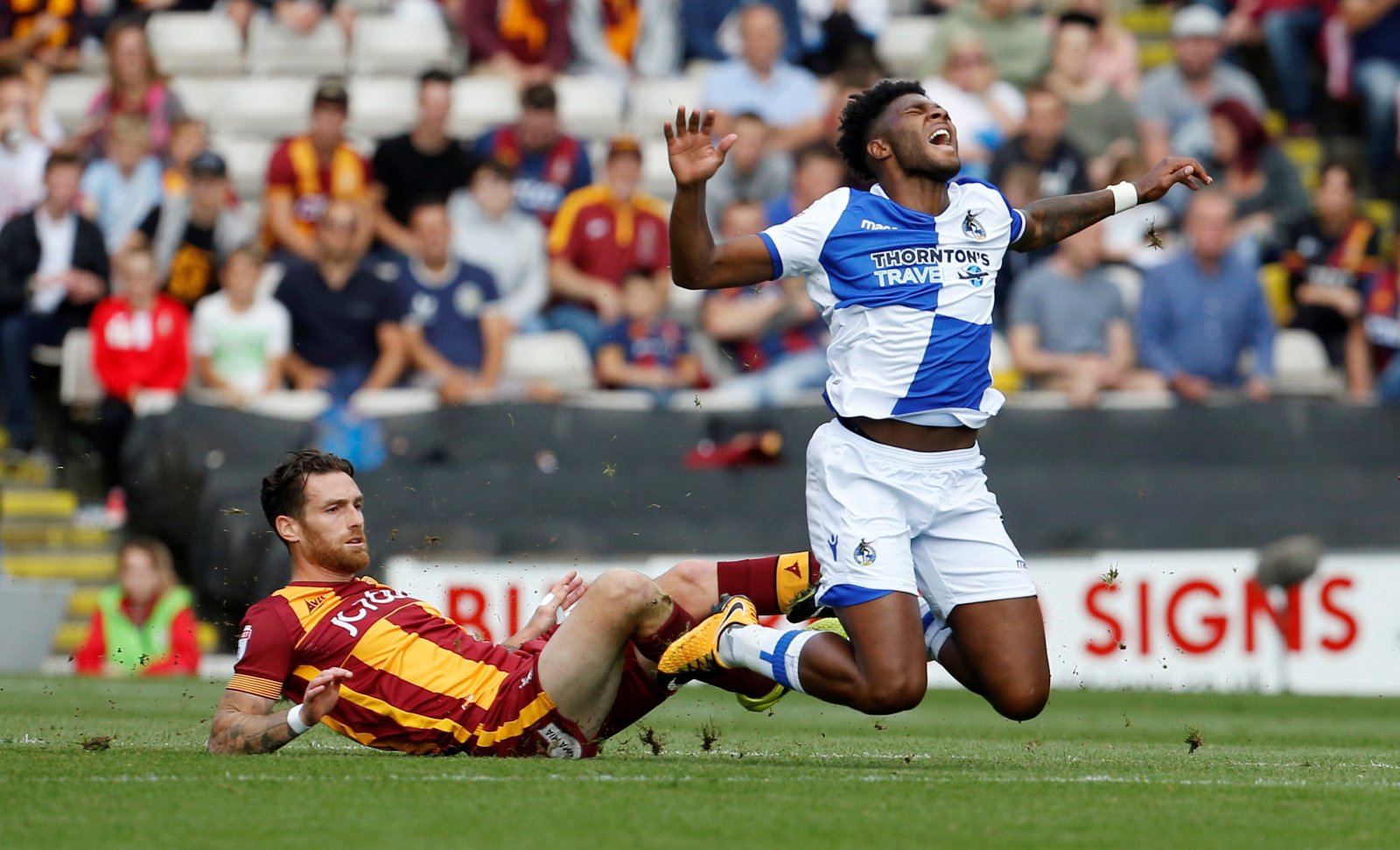 Spectators and opponents have spoken of Shrewsbury’s midfield being a major factor in their early season form – Abu Ogogo, Alex Rodman, Shaun Whalley and Jon Nolan could all lay claim to a place in this team. But, for his class in the centre of the park and consecutive winning goals, Jon Nolan gets our pick.

Paul Hurst was quick to sign him on a three-year deal this summer after working together at Grimsby, and Nolan has repaid the faith. Comparisons to Ryan Woods may begin with their shared hair colours, but extend to the impact being made in Shrewsbury’s midfield. 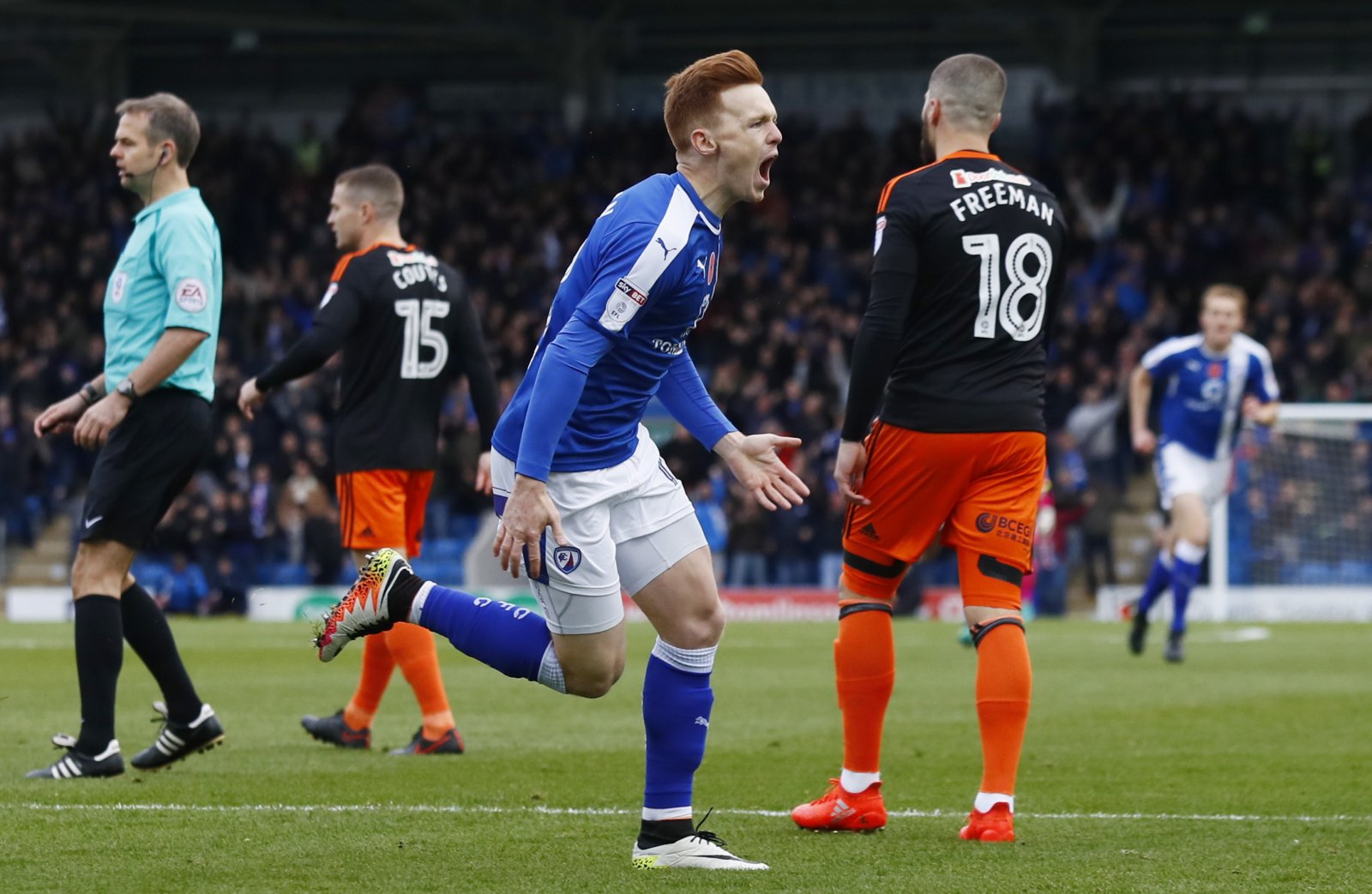 Watching the EFL highlights on TV, there are certain things that are so regular as to be recognisable, even comforting. John Akinde heading home a long, bouncing ball over the onrushing ‘keeper. Penalties being awarded for absolutely nothing. That ugly away stand at Gillingham…

The best of them all is Erhun Oztumer’s left foot and, more specifically, the regularity with which he uses it to score screamers from 30 yards. Oztumer has quality in other areas, of course, but at times he appears to be Walsall’s only chance of a goal.

His value to the Saddlers is arguably greater than any other player in the league. An amazing rise from non-league shows no sign of plateauing. 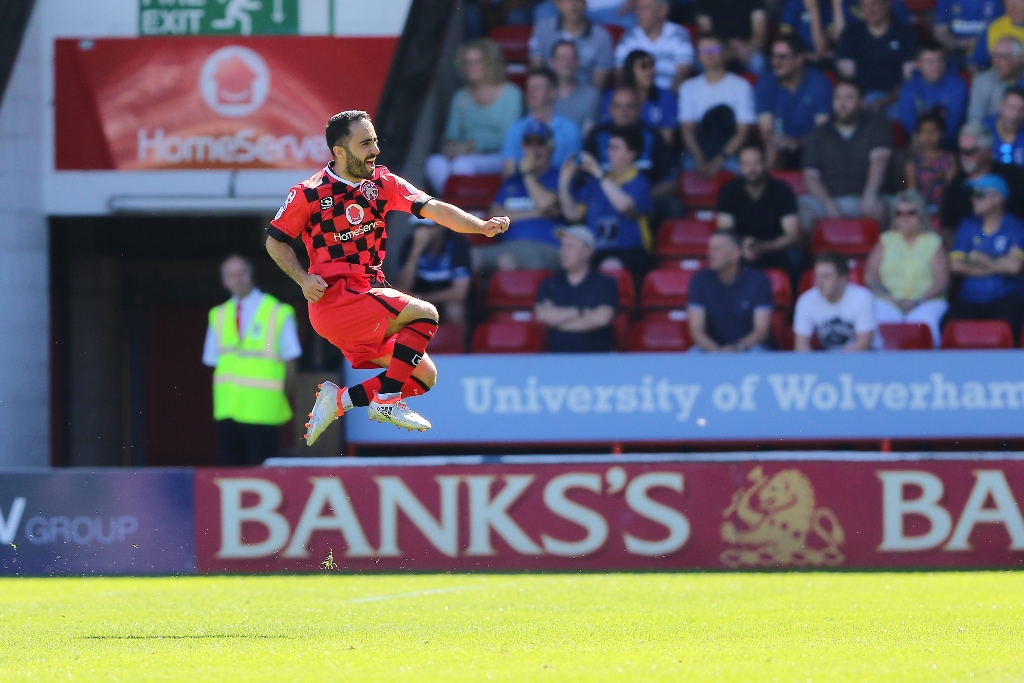 Far to good to be playing at League One level, it is fantastic to see Powell starting to get fit and thrive again, after a fast start to his career slowed to a crawl. Still only 23, Powell plays with style, skill and is a constant threat to the opposition goal. Injury never seems too far away with Powell – he’s not completed 90 minutes this season – but the extent of his quality means that 70 minutes tends to be enough to leave his mark on each game. 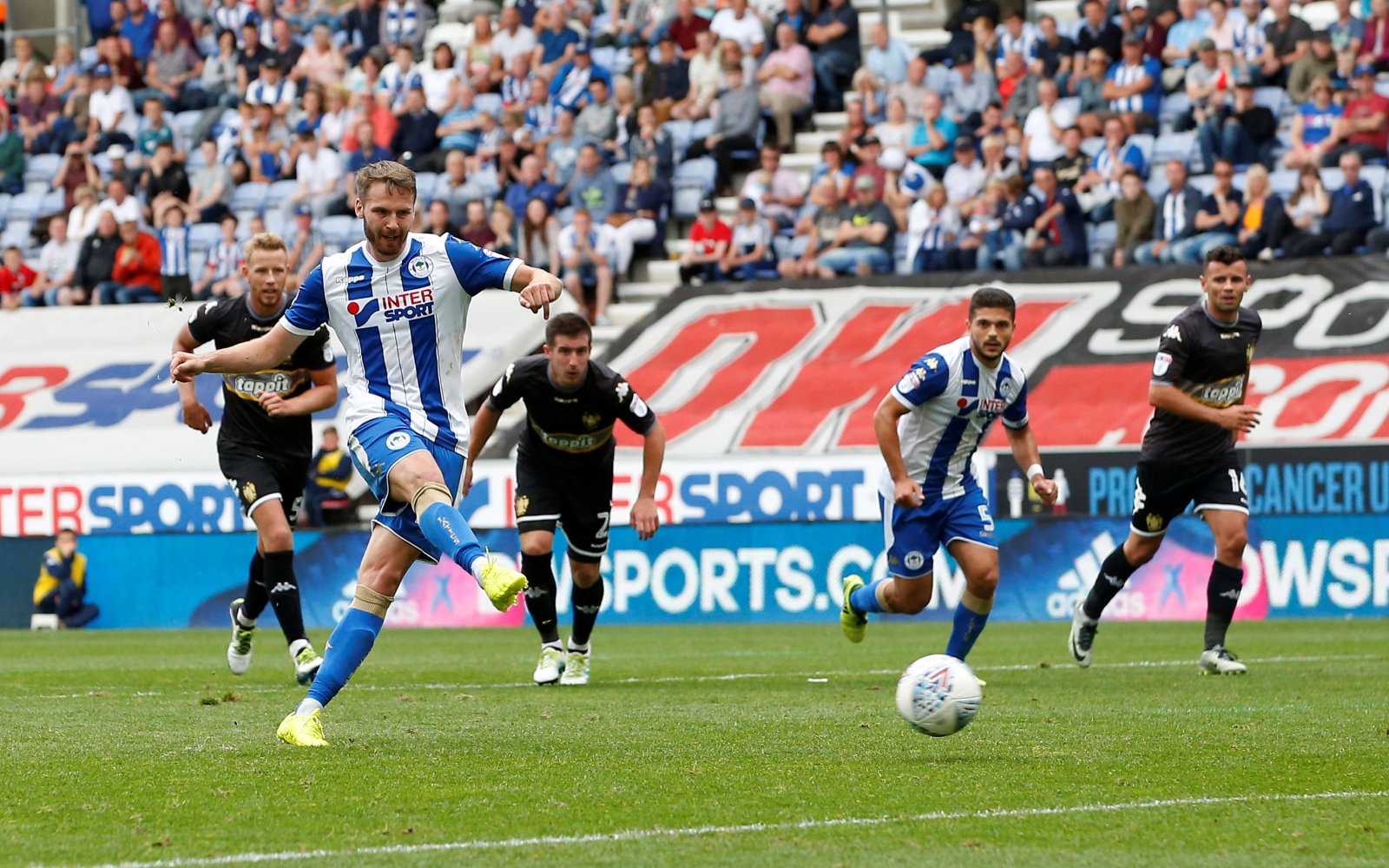 Playing on the wing here, but dominating the left flank as left wing-back in Peterborough’s 3-5-2 formation, Edwards is an excellent all-round player who is performing at a very high level this season. Tidy in possession, a tireless worker and a goal-scoring threat no matter where he plays, Edwards has looked classy at every level in his career to date – the Championship surely beckons. 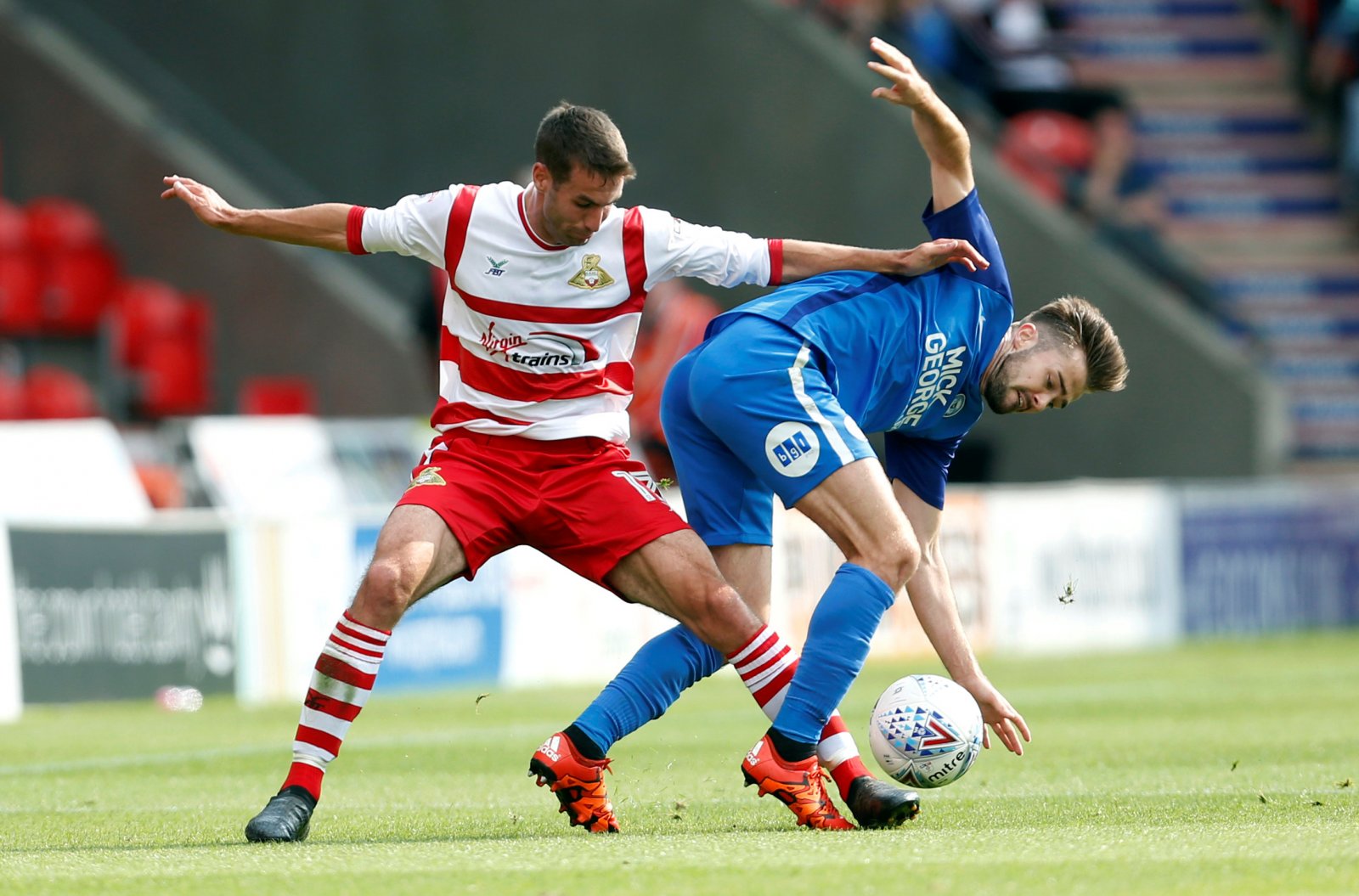 There’s not much between Kieffer Moore, Jack Marriott and Brett Pitman at the moment – each has six goals and all three are looking deadly. This spot goes to Pitman due to the quality of his goals, and the fact that generally he has had to create the chances for himself.

Portsmouth have had a varied start, with Captain Pitman at the heart of all that has been good so far. If his supporting cast can start providing him with the same quality of chances as Marriott and Moore, he’s a good bet for 25 goals. 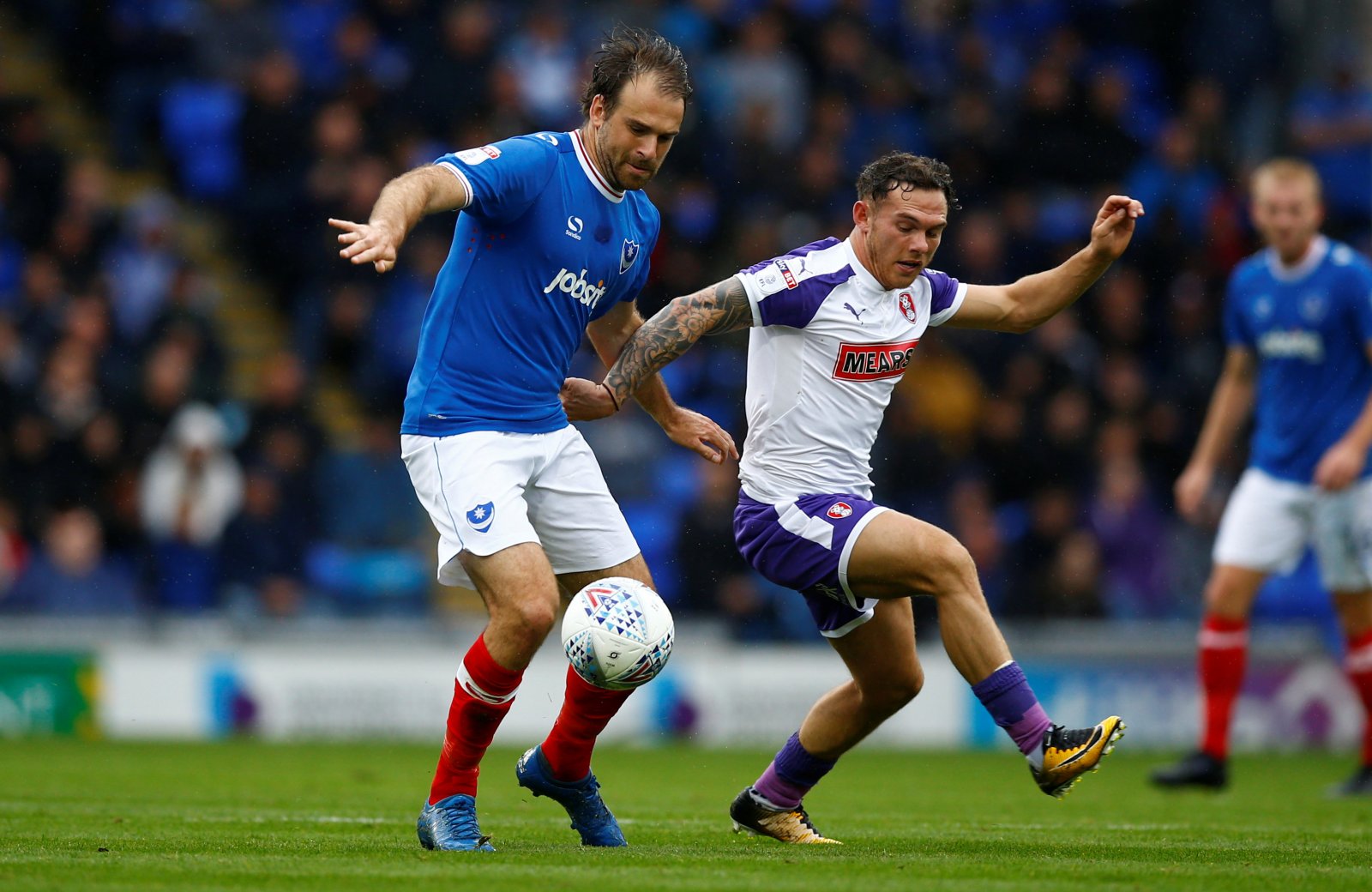