IT’S 11.30pm on Monday in the Strawberry, the iconic pub that sits in the shadow of Newcastle’s famous Gallowgate End. Two hours earlier, a comfortable 4-1 win over Preston had sealed an instant return to the Premier League.

Yet there are no raucous hordes thronging the bar. No chants, no jubilant songs assaulting the eardrums. As last orders rings, the old place echoes to the sound of stacked stools, lifeless as Moussa Sissoko on match day.

On the pitch, too, there was scant sign of unbound joy. No pitch invasion. No lap of honour. Rafa Benitez milked the adulation as La Bamba belted round St James’, but swiftly scuttled back down the tunnel.

Soon his players emerged, sober in every sense. Daryl Murphy headed straight for his car. Matt Ritchie ambled up to the players’ lounge.

“We’ve got a day off tomorrow,” said Rob Elliot, the keeper who made his first appearance in 12 months. “So yeah… I’d imagine a few of the lads might pop into town for some celebrations.”

In contrast to the cathartic euphoria at Brighton, when players sang from the Press box and supporters swarmed the turf, this was promotion with a small ‘p’.

Such has been the rallying cry from Benitez. From the moment he took charge in May, the Spaniard had insisted that promotion was a minimum requirement. That a return to the top flight was no achievement, merely atonement for the sins of seasons past.

That message has permeated the dressing room and the stands. Unlike 2009-10, when relegation was a novelty and the Championship a mystery, the majority of fans remembered Chris Hughton’s romp to the title and expected no less.

Sky had even been warned in advance: don’t expect a party, don’t bother bringing your ‘We’re going up’ banners. If you want that, take your cameras to Brighton.

“This was always the bare minimum,” explained DeAndre Yedlin, the American full-back who has made 30 appearances for the Toon following a £5m summer move from Spurs.

“From the day the season kicked off, we were expected to win every game. There’s been a lot of pressure and it has been tough at times.

“Obviously there’s a lot of joy at the result and at winning promotion. We’re going to enjoy it. But the overriding feeling is probably relief.”

Those thoughts were echoed by midfielder Jack Colback. “We are relieved,” admitted the 27-year-old local lad, signed from arch-rivals Sunderland last season. “When you get relegated, you feel a sense of responsibility. The only way to make amends is to bounce back.

“We were nailed on favourites to go up and I think that comes with the club, the stature of Newcastle and the stadium. No disrespect to the league, but we are in the wrong place.”

Yet this has been far from plain sailing for the Toon. In 2010, Hughton’s side lost just four matches en route to the title. This season’s tally of ten defeats (and counting) is more than all but three of the 14 teams to win automatic promotion since.

Yedlin, left, was one of several players surprised by the calibre of opposition.

“I was, very much,” said the 23-year-old. “It wasn’t a division I knew much about but, in my opinion, it’s actually very under-rated.

“Put it this way, it wasn’t like anything I’ve ever played in before. You’ve got players of great quality, but you’ve also great physical intensity and fitness. To be consistent over so many games takes a lot more strength and discipline than maybe people realise.”

Aleksandar Mitrovic was widely tipped to take the Championship by storm, but the muscular Serb has managed just six goals and spent vast tracts on the bench.

“Tough, very tough,” he said when asked about the Championship. “For me, physically, it is even harder than the Premier League.”

In the end, though, Newcastle’s quality proved enough. The goals of Dwight Gayle, the vision of Jonjo Shelvey, the composure of Ciaran Clarke and the relentless consistency of Ritchie, surely Newcastle’s player of the year.

None, though, can match the impact of Benitez. A consummate politician, the Spaniard very deliberately distanced himself from detested owner Mike Ashley, forging a bond with supporters unseen since the days of Kevin Keegan.

The enmity is real. Benitez trusts neither Ashley nor his chief scout Graham Carr. Without a guarantee of continued control over transfers and enough cash to launch a top-ten push, the 57-year-old will walk away.

Asked directly after promotion was sealed, Benitez talked about “analysing the situation”, and said it was too soon to talk about next season.

Events this week – with club offices raided and Newcastle CEO Lee Charnley arrested as part of an HMRC investigation into suspected tax and national insurance fraud – will also frustrate Benitez at a time when transfer targets are being drawn up.

Mitrovic inadvertently admitted to the uncertainty over Benitez’s future.

“The players like him and we have all learned a lot,” he said. “I hope he stays. We all do.”

Yedlin, meanwhile, preferred to focus on next season. “The manager has been great,” added the right-back. “He’s always been calm and that’s transferred itself to us as players.

“You’ve seen tonight the way the place was full and rocking. That’s down to him and the relationship he’s got with the supporters.

“It feels like the club is moving in the right direction, and for us it’s really important that we build on what’s been achieved this year.

“The resilience we’ve shown, the way we’ve ground out results at tough times. We need to take that into the Premier League and make sure this doesn’t happen again.”

Objective achieved. But Yedlin, like the rest of his team-mates, knows that, for all the optimism and goodwill engendered by promotion, only a return to the glory days of fighting for top-six finishes will bring genuine jubilation back to the stands of St James’ and the gangways of the Strawberry.

This was a small step on a long road.

*This article was originally featured in The FLP’s 30 April 2017 edition. 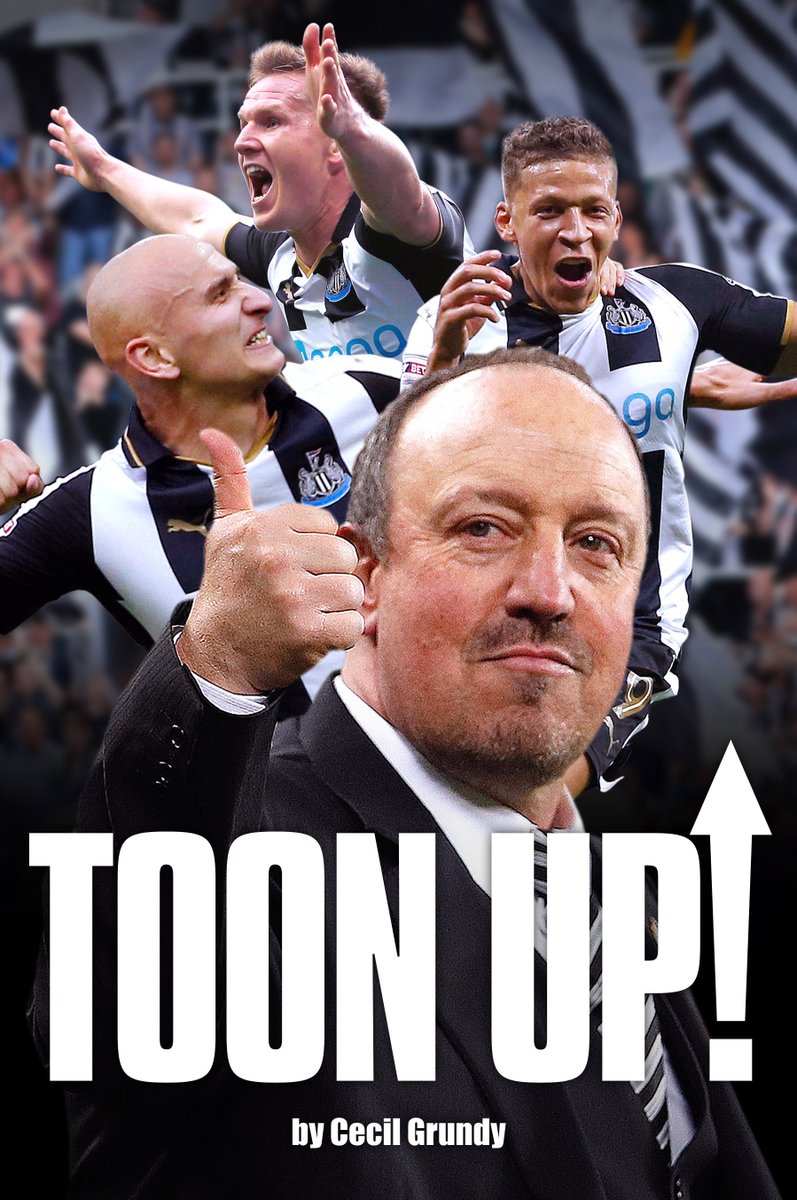