The FLP’s Alternative Awards 2016-17: Best Signing of the Season 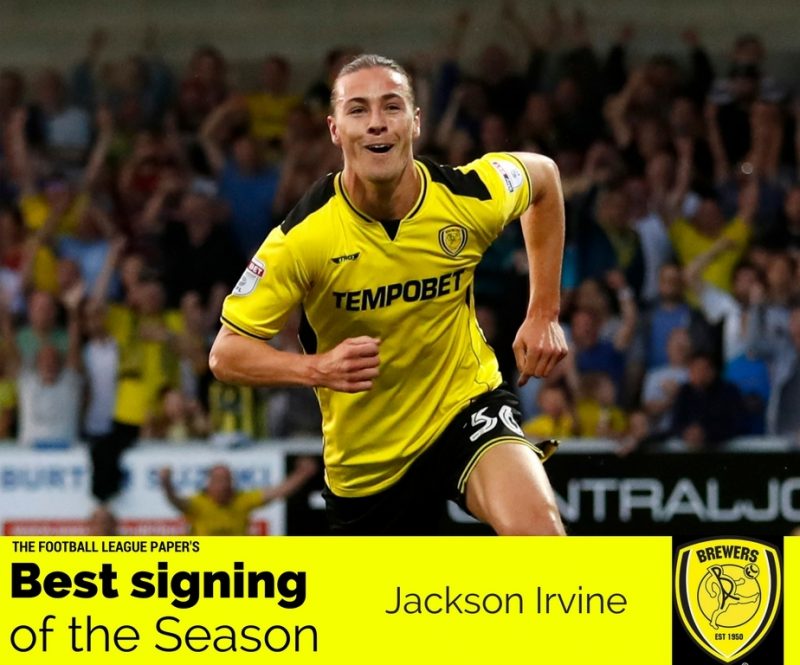 Three hundred grand wouldn’t buy you a fingernail in the Championship these days, yet that’s what Burton Albion paid Ross County for Jackson Irvine last summer.

In return, the Brewers got ten goals – a fifth of their total – from midfield. Those goals played a pivotal role in keeping the Brewers in the Championship, with boss Nigel Clough now aware that his Aussie international will be on several clubs’ summer shopping lists.

“He’s ambitious and he wants to play at the highest level he can,” said Clough. “I think that’ll be the Premier League when it happens.”