Moore column: Graveyard of giants leaves us redefining what makes a ‘big club’ 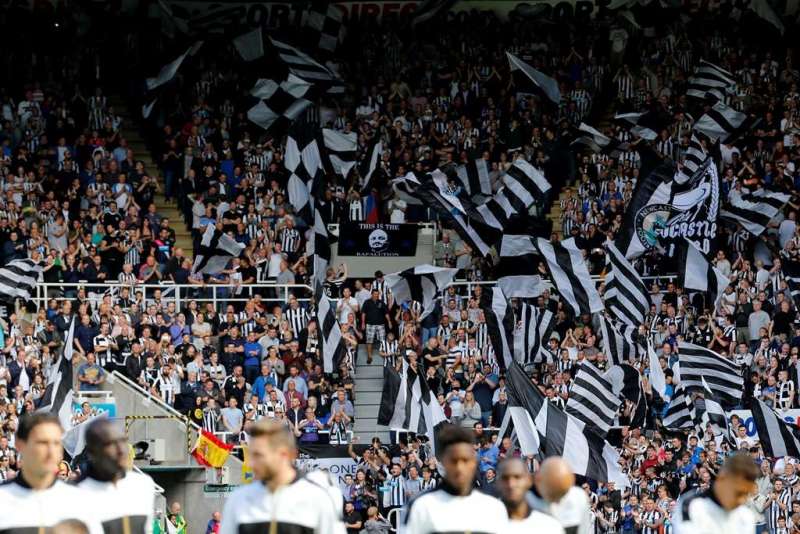 As rebrands go, EFL is not exactly catchy, a dull addition to the discredited alphabet soup of sports bodies. All they needed to do was capitalise the T, as in ‘The Football League’, to emphasise it is the world’s first and original football competition: ‘The Football League – thrilling fans since 1888’.

However, it is not too late to revamp the rest of the promotional material. The Championship, in particular, has eye-catching potential – starting with the title, which is a daft name for a second-tier competition.

Looking at the fixture list each week an alternative leaps out: Graveyard of the Giants.

Not only is it alliterative and evocative, it is also more accurate than the current title. The Championship is where big clubs are put to rest and that is what makes it so compelling. There will be weeks this season when it will seem to many that the fixtures have been mixed up.

It is not just Newcastle United v Aston Villa that appears redolent of the top flight. Nottingham Forest v Sheffield Wednesday, Leeds United v Derby County, Wolverhampton Wanderers v Ipswich Town were all typical fixtures in the First Division that I grew up with.

Younger fans will think of Blackburn Rovers v Fulham as a Premier League match, (much) older ones will recall Huddersfield Town v Preston North End being a big game.

Before their fans start tweeting their polite disagreement, this is not to suggest those clubs are not in the top flight on merit.

Indeed, their exalted status highlights one of the best and most fundamental elements of our game: the chance for clubs to rise up the leagues. And I recognise some have enjoyed golden times in the past (such as Burnley in the 1960s, and Watford under Graham Taylor).

Assessing what makes a ‘big club’ is not a precise science and any list is guaranteed to prompt debate.

However, by most assessments, there are almost as many big clubs in the Championship as the top flight.  Indeed, there are now more teams in the Football League who have been English champions than in the Premier League.

Including newly-crowned first-time victors Leicester City, there are 11 title-winners in the top flight.

There are 11 in the Championship plus Sheffield United and Portsmouth. In addition Villa and Forest are former champions of Europe, as are the managers of Newcastle (Rafael Benitez), Villa (Roberto Di Matteo) and, as a player, Reading (Jaap Stam).

“We’re a big club” is one of the great boasts of football supporters, especially in times of distress. Being a ‘big club’ confers status, which helps restore bruised pride.

It also offers hope because, for ‘big clubs’, the downturns have traditionally been temporary.

In football, as in life generally, money talks and big clubs, with higher gates and greater pull for sponsors and advertisers, generate more money than most.

At least, that used to be the case. However, in the modern game, television cash usually swamps other forms of income. Thus Bournemouth, a ‘small club’ by every assessment bar the admittedly significant one of current league status, will receive significantly more income than Aston Villa (seven league titles, seven FA Cups, five Football League Cups and a European Cup) or Newcastle, whose ground holds more than four times as many as the Cherries’.

And this is with the £40m parachute payments accounted for.

Once those payments dry up, the ‘big clubs’ find punching their historic weight remarkably difficult.

Leeds, Wolves, Forest and Wednesday have all been in the third tier more recently than the first.

As any observer knows, this is a very, very difficult league to escape. Like a graveyard. It is tailor-made for a Sky Sports trailer.

Think Michael Jackson’s Thriller, but with Chris Kamara in the lead role and zombies, ghouls and skeletons lurching around wearing the shirts of Leeds, Villa, Wolves etc.

It may cost a few bob to license the song, but new logos do not come cheap either.