Dunlavy column: Time for Rams to show they aren’t chokers like Arsenal 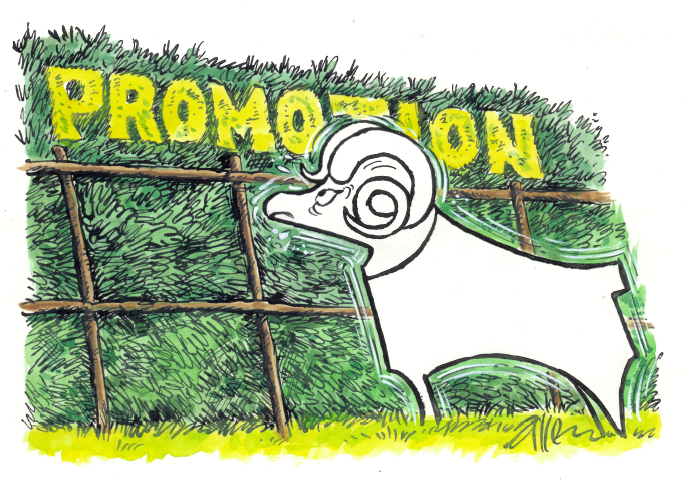 SHORTLY before the close of the transfer window, Chris Sutton was asked to evaluate the title chances of a particular table-topping side.

“I think they are chokers,” said the former Blackburn striker.

“The last few years, they’ve been up there, round and about the top of the table but they’ve never kicked on.

“They’ve got great technical players, but, when the screw starts to turn, they lack leaders. The mentality is missing.”

The subject of Sutton’s ire was Arsenal, yet he could just as easily have been talking about Derby County.

Big spenders. Gifted players. Flash stadium and thousands of fans. But, when push comes to shove, they shrivel like a slug in the Dead Sea. As at the Emirates, exhilaration and embarrassment are constant bedfellows.

Over the past three years, the Rams have spent 18 weeks in the Championship’s top two and more than 60 in the top six. Yet, there they remain, nose against the glass, staring forlornly at the glamour and riches lavished on Watford or Bournemouth.

In 2013-14, Steve McClaren’s galvanising mid-season arrival had Derby storming into a play-off final and clear favourites against an ageing QPR. They dominated but failed to score, then lost to Bobby Zamora’s last-minute sucker punch.

Last season, the title looked nailed on. Top and clear, they had myriad opportunities to leave rivals eating dust. Each was squandered, culminating in an humiliating tumble that eventually came to a thumping halt in eighth.

McClaren must take his share of the blame. His head was turned by Newcastle’s interest and his desperate, scattergun selections, as Derby floundered, were all over the shop. Yet, he alone did not engineer a mental collapse.

Indeed, despite a £25m splurge and a new manager in Paul Clement, this season’s annual ascent to the summit was swiftly followed by a grimly predictable plunge to sixth. Same old Derby, always choking. Harsh? Undoubtedly. But, like Arsenal, there are no more hiding places for Derby’s players. Men like Chris Martin, Craig Bryson and Richard Keogh have repeatedly proved they are among the most talented in the division.

Yet they have unquestionably failed to produce when it matters. The only conclusion is that they lack the big-game bottle to close out titles and win decisive games.

It happens. Wayne Rooney is England’s record goalscorer but rarely produces on the greatest stage. Pauleta, the ex-Portugal striker, was a formidable poacher, who finished his career with 47 international goals, yet his sole contribution in major tournaments was a hat-trick against Poland in 2002.

Surely, though, Derby’s players don’t want to be remembered as talented flops. And the truth is they may never have a better chance to ditch that reputation.

Form is good. Hull, who await in the play-off semis, are dead meat. Since January, their form has slid off a cliff, with just six wins from 17 games. Abel Hernandez has reverted to the shot-shy lummox of last year, with even Bolton taking three points from the toothless Tigers last week.

With their opponents suffering the heartbreak of missing automatic promotion, the pressure and the spotlight for once will not fall on Derby. They may even start underdogs.

This time, Derby’s players must seize the opportunity. One failure is unlucky, two a worry. But three?

That is a symptom of something rotten.

And, if I were Darren Wassall or the next manager of Derby, I’d see players scarred by failure and reason that a summer clear-out was the only solution.

For many, it could be the last chance.