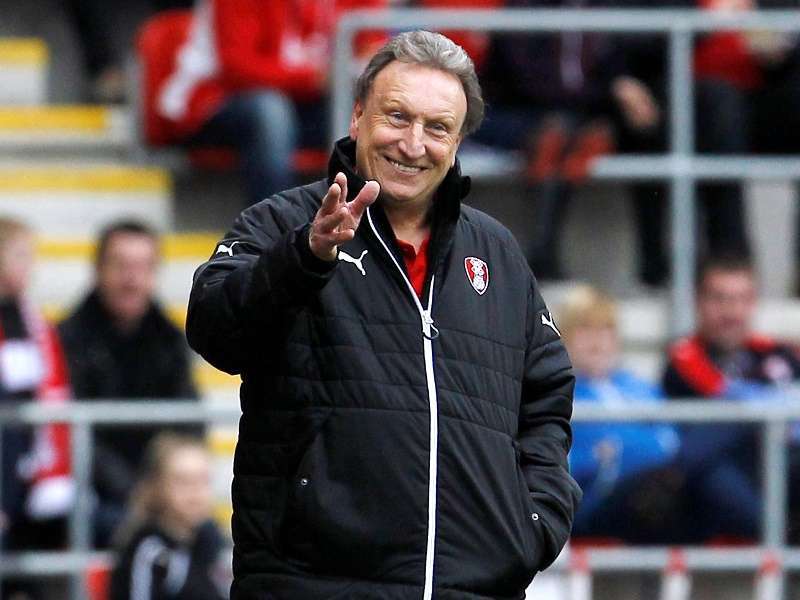 STOOD in the tunnel barely an hour after the infamous Battle of Bramall Lane, Neil Warnock smiled and stated the obvious.

“Well,” said the then Sheffield United boss,“I don’t suppose Gary Megson will be wanting to have a pint with me afterwards. But then not many people do.”

Admittedly, the situation was unique. Trailing 3-0 to West Brom, red cards and injuries had reduced the Blades to six men, forcing an 82nd-minute abandonment that a seething Megson insisted was of Warnock’s design.

Yet Warnock’s post-match quip could have applied to almost any game of a remarkable 36-year managerial career.

From the early days at Gainsborough to his current Red Adair act at Rotherham, the 67-year-old has always been the arch provocateur, a pantomime villain whose one-eyed pursuit of victory trampled roughshod over propriety.

Referees berated. His opponents demeaned. Famously, he once sent assistant Kevin Blackwell to eavesdrop on a Stan Ternent team-talk, resulting in a mid-match punch up at Turf Moor.

Rafa Benitez threatened to sue him. The FA threatened to ban him. After one rant, Swansea’s Garry Monk joked that Warnock made Victor Meldrew look happy.

“Neil is a pain in the arse,” said Mick McCarthy, the Ipswich manager who, as an apprentice at Barnsley in the 1970s, cleaned Warnock’s boots.

“Some managers have more to say than others and maybe their opinions are a bit more extreme. Neil is certainly one who likes shouting the odds. But he’s also a great character, someone who livens up a game. He’ll do anything to win and I respect that.” And win he certainly has. With the solitary exception of Dave Bassett, no manager in history can touch Warnock’s record of seven promotions, ranging from a Conference title with Scarborough to Championship honours at QPR.

His methods are hardly scientific. He once forced his players to go running with a bellyful of sherry and raw eggs, all in the name of breaking a dismal sequence.

Appointed to rescue Torquay from relegation in 1993, Warnock’s remedy was to take them training on the beach, then for a cup of tea at a local cafe.

At QPR, players were invited to his Cornwall home for a barbecue and game of golf. At Leeds, sports scientists would tell Warnock a player was paggered, only to be shot down. “I’ll tell you when he’s had enough, not that computer,” he’d say.

Old school? No doubt, but Warnock’s greatest asset was always man-management, the ability to engender spirit and induce tireless effort. Coaching fads are transient but, as the rescue of a limited Rotherham side proves, his special qualities remain as relevant as ever.

“It’s no surprise what Neil’s done,” said Shaun Derry, his skipper at QPR. “He has that ability, that knack, to get teams to run around for him and work hard. He’s done that everywhere he’s been.

“His ability to lift a flat dressing room and do it overnight is amazing. He knows who to cajole, who to berate, who needs to be left alone. He’s the best man-manager I’ve ever worked for and players respond to him.”

Players have been responding since 1980 when, after a modest playing career with the likes of Rotherham, Scunthorpe and Crewe, Warnock was serendipitously named manager of Gainsborough Trinity.

Informed that Goole Town were seeking a manager, Warnock – then a qualified chiropodist who moonlighted as a fruit and veg seller – attended a game with the intention of propositioning Goole, only to be offered a job by their opponents. 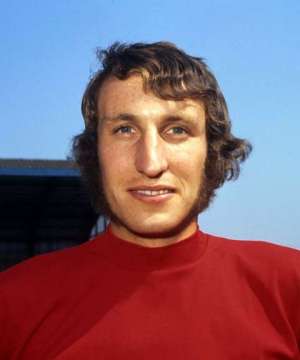 Within a year, he was managing Burton, the Southern League club run – then, as now – by Ben Robinson.

“He was totally dedicated, a fiery character, determined, great motivator, a professional,” recalls Robinson. “He would think nothing of driving somewhere at 11pm to sign a player.

“He was outspoken and occasionally would come into conflict with officials. But, generally, he was a bouncy, effervescent character, and that rubbed off on people.”

Promoted to the Football League with Scarborough in 1987, Warnock shot straight from Division Three to the top flight with Notts County. Feeling an obligation to those players, he resisted overtures from Chelsea, a decision he calls his only regret in football.

Next came play-off victories with Huddersfield and Plymouth, an eight-year stint at boyhood club Sheffield United, capped by promotion to the Premier League.

QPR’s rise to the Premier League in 2011 came off the back of virtuoso performances from Adel Taarabt, a complex character who Warnock alone has successfully tamed.

“Some people can put on a training session better than others,” added McCarthy. “But getting the best out of people, for me, is the biggest part of the job.”

If promotions and pelters have been Warnock constants, so too has loyalty. Adrian Littlejohn followed the manager to four clubs, Paddy Kenny to five. Blackwell has been at Warnock’s side almost constantly since 1986, as has Mick Jones. That, in turn, has allowed him – like Harry Redknapp – to become a master of delegation.

Like a prizefighter, Warnock has constantly threatened retirement. In 2002, he announced he wanted “another two years” and that Sheffield United would be his last club. Similar sentiments have since been regularly expressed. Yet he is still here, winning and antagonising in equal measure.

“I don’t think Neil will ever retire,” said Ali Faurlin, the QPR midfielder. “He loves football too much. And I hope he doesn’t. The game is more fun with him.”