Where Are They Now? Birmingham City’s Division 2 runners-up 1971/72 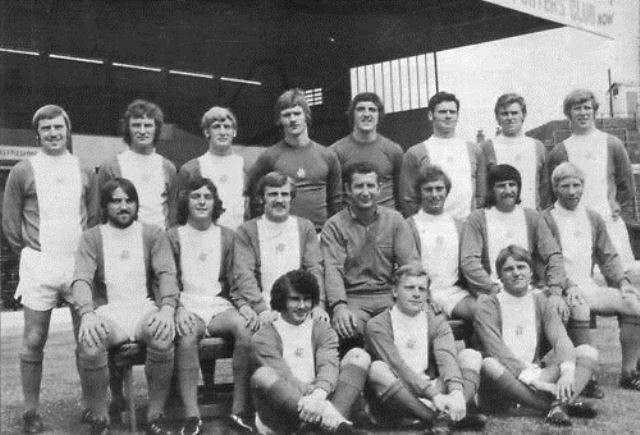 ALAN CAMPBELL remembers all too well the night Birmingham City won a shoot-out to go up to the First Division.

It was a straight decider between the Blues and Millwall to join Norwich City in the First Division, in the last season when only two clubs were promoted.

The South London side had finished all of their matches, but Birmingham had to play one last game at Leyton Orient and needed a point to go up.

The crowd was swelled by thousands of Millwall fans, who had made the short trip to Brisbane Road hoping to see their side promoted to the top flight for the first time.

The Blues, who survived a pre-match bomb scare, took both points when Bob Latchford headed in a Gordon Taylor corner for his 27th goal of the season.

“We needed a win and to get a point at the other in our last two games,” he said. “We won at Sheffield Wednesday, so we needed a point at Orient. And, with that being in London, most of the fans at the game were Millwall fans.

“I remember when I was at Charlton the first time I went down to Cold Blow Lane. It was a bit frightening with the crowd, as well as Harry Cripps. I said to the referee at Orient when we were 1-0 up: “Please tell me about ten seconds before you blow the final whistle.

“There was even a bomb scare before the game. It was always intimidating at Millwall and it was that night, too, but we scored early on. Bob Latchford got a header from a corner, so we were quite comfortable, really, but there was still the worry of what was going to happen at the end of the game.”

The Blues had earlier come within 90 minutes of their first FA Cup Final appearance since 1956, only to be beaten by Don Revie’s Leeds at Hillsborough.

Campbell says they were never going to be denied promotion, despite the cup run leaving them with a fixture backlog.

“It was a fantastic season for us,” he said. “We just got the wrong draw in the FA Cup. It was Stoke and Arsenal, Leeds and Birmingham [in the semi-finals]. We drew Leeds.

“We didn’t play that well at Hillsborough and got beaten 3-0, but it was a bit of lesson to realise what it was going to be like in Division One.

“We were a good footballing side, even though Norwich won it.  We were the best side in the division and, even with games in hand because of the cup run, we thought we would get there.

“In our first season in Division One, we finished tenth, which wasn’t bad, but we didn’t do ourselves justice and buy the right players.

“The management thought we were all good enough, which we were. It’s not like now when you buy a couple of players.” 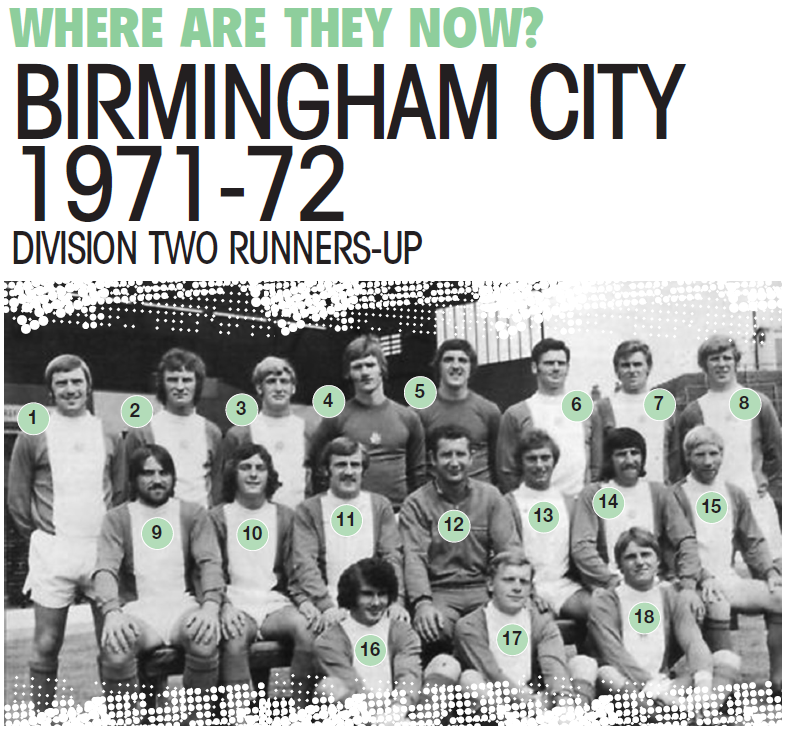 Steve Phillips: Forward who went to Spain, where he ran a bar, before returning to run a series of pubs.

Bob Hatton : Centre-forward who went to work in financial services and on local radio in the West Midlands.

Stan Harland: Centre-half who coached at Portsmouth and was Yeovil’s commercial manager. Then ran a delicatessen and a supermarket until his death in September 2001.

Paul Cooper: Goalkeeper who worked for a firm selling nuts and bolts but then moved to Spain, where he started a golfing holidays business.

Mike O’Grady: Midfielder was a grip for Yorkshire TV before running the Royal Oak pub in Aberford, Wetherby.

Alan Whitehead: Central defender whose brother, Clive, played for WBA.  He settled in York, where he became a school teacher.

Tagged Alan Campbell, Birmingham City, Where are they now?