Home / Features / Williams: ‘We want to beat the Germans again’

Williams: ‘We want to beat the Germans again’ 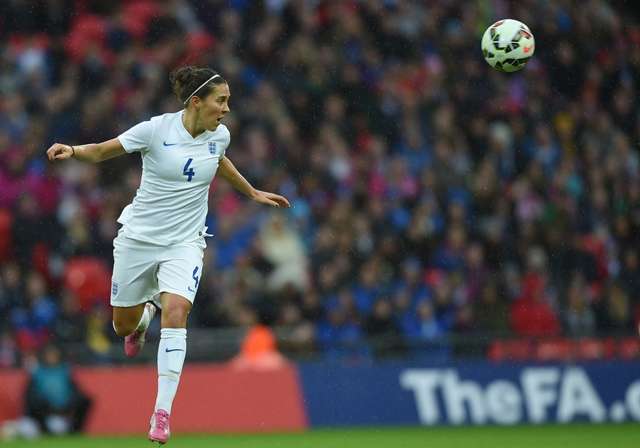 It may only be a friendly international, but England’s meeting with Germany in Duisburg on Thursday is just as vital as next Sunday’s Euro 2017 qualifier against Bosnia & Herzegovina, says Liverpool midfielder Fara Williams.

England’s most-capped player, set for her 148th international appearance, scored the stoppage-time penalty that enabled Mark Sampson’s team to beat the Germans 1-0 in the bronze medal match at this summer’s World Cup finals in Canada.

That not only gave England their biggest-ever World Cup reward but also marked the first victory – at the 21st attempt – over Germany, the world’s second-ranked team and winners of the last six European Championships.

Williams, back in the national squad after recovering from injury, said: “Against Germany at the World Cup we went right up against them. We were aggressive, matched them physically and showed what we are about.

“We deservedly beat the best team in Europe and now we have to do it again because we want to keep progressing this England team, and if we’re going to do that then we’ve got to be taking on and beating the best.

“Our qualifiers for major tournaments tend to be less demanding, with all due respect to the teams we play against, so to prepare for the challenges we face when we get to tournaments it’s crucial to play strong opponents in friendlies.”

Thursday’s match will be Williams’ first England outing since the bronze medal game in July. The midfielder has been out of action through a hamstring injury that also kept her out of Liverpool’s run-in to the end of the Super League season.

Now, she is back to full fitness and itching to make her return to the international scene.

“I’ve played for the (Liverpool) development team in three matches, all of them pretty close together in the last week or two and against Manchester City, Arsenal and Everton, so my fitness has been given a really good testing.”

Williams has known the worst as well as the best of clashes with serial winners Germany, including a 6-2 pounding in the Euro 2009 final in Helsinki, as well as an equally comprehensive 3-0 defeat in last November’s friendly at Wembley.

“In the past,” she said, “we’ve not been able to compete with them. In the 2009 Euro final, we could match them with an individual like Kelly Smith, but as a team we were never in the game – they showed the difference in standards.

“We’ve progressed a lot since then, though, especially since Mark Sampson took over as head coach a couple of years ago. We went into the game against the Germans at Wembley last year believing we could beat them. 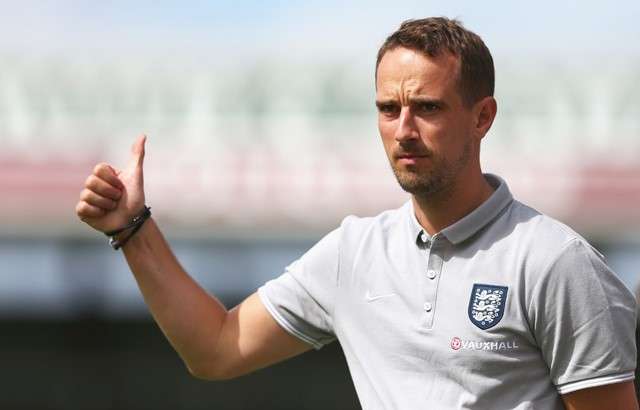 Back in the fold: Williams is pleased to be re-united with coach Mark Sampson and ready to down the Germans (Photo by The FA)

“Unfortunately, we came up short on the day, but that defeat was a massive motivational factor for us when we beat them at the World Cup. It took us until extra- time to do it, but we were never going to lose that match.

“Every player in the squad, including the ones that didn’t get on the pitch, had a part in our victory, as did the staff. There’s a real bond in this group and we’ll be out to show it again on Thursday and then in the rest of our Euro campaign.”

With key players Williams, Manchester City striker Toni Duggan and Arsenal midfielder Jordan Nobbs returning after injury, Sampson has his strongest squad since the World Cup for the trip to Germany and Bosnia’s Sunday visit to Bristol.

The head coach could have a dilemma: should he play his first-choice team against the mighty Germans in a friendly, or should he keep players fresh to ensure what should be a routine victory against the world’s 72nd-ranked team?

His answer is simple: “With two games only three days apart,” he said, “we’ll need to make best use of the 32-player squad. And the nice thing for me about this squad is that I trust every player to go out and perform.

“The Germany game may be a friendly but we want to win it. When they beat us at Wembley they steamrollered us, especially in the first half, so after our brilliant win against them in Canada we want more of the same.

“And, of course, we want to get a good win against Bosnia. It will be our first game on home soil since the World Cup and I know the fans will be out in support of the girls – and we’ll be aiming to give them plenty to cheer.”