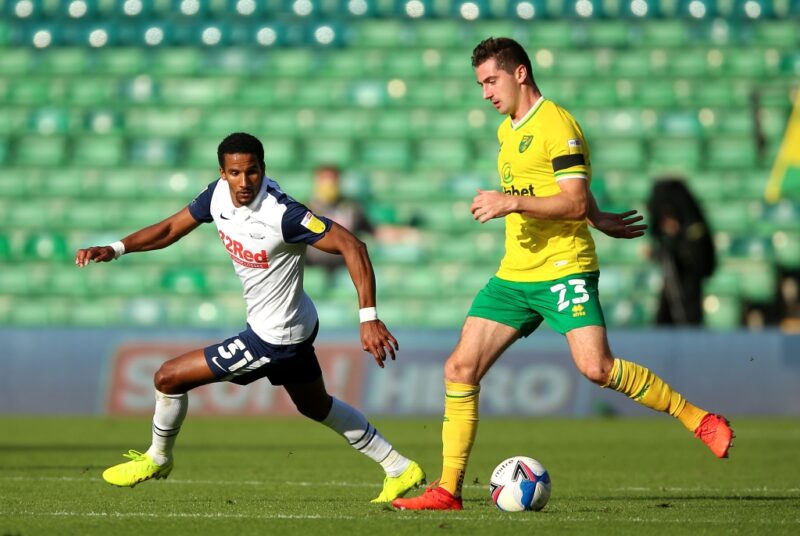 Today, it’s hard to imagine any player being signed by Manchester City off the back of one decent season in the Premier League.

Pep Guardiola does his shopping in La Liga, Serie A and Portugal’s Primeira Liga, shelling out eye-watering fees for established internationals. Yet in August 2012, that’s exactly what happened to Scottt Sinclair.

Scorer of a Wembley hat-trick as Swansea City beat Reading in the Championship play-off final, the winger netted eight goals in 40 games as Brendan Rodgers’ side comfortably survived their first season in the top-flight.

It was then that City pounced, paying the Swans £8m and making Sinclair – then 23 – an offer he couldn’t refuse.

“I had a lot of interest from Premier League clubs,” recalls the former Chelsea trainee, now at Preston North End after three-and-a-half preposterously successful years at Celtic.

“And when Man City come in, you don’t turn them down, do you? When you’re younger, you don’t ask too many questions. Your only concern is striving to be the best. So when the best team in England wants to sign you…”

He made just 13 Premier League appearances for the Citizens, but, in keeping with a man of relentless positivity, there is no sense of regret or bitterness.

“It didn’t work out,” he admits. “But it wasn’t a waste of time. The experience, training with those guys – that was the foundation for everything I achieved later.

“That’s the levels, you know? When you train with Aguero or Silva, and see them do incredible things day in, day out, you start to understand the standard you need to hit. It makes you better.

“People might say ‘Oh, it was a mistake, you should have stayed at Swansea for a couple of years’. But if I had, I wouldn’t have got that experience.

“That’s the thing with football. You don’t do all of your learning on the pitch. If you’re not playing you’re learning how to deal with that frustration, and how you go about getting answers. It makes you more mature, and stronger mentally.

“I went on loan to Villa, got relegated. But my never-give-up attitude pushed me forward. I took all those experiences, went up to Celtic and won everything there was to win.”

He certainly did. In his three full seasons at Parkhead, Sinclair scored 62 goals in 167 games, steered the Bhoys to a historic ‘Treble Treble’ and in 2016-17 claimed all four Scottish player of the year awards.

“What a place,” he says. “The enjoyment, the fans, playing the Champions League – it was the best three years of my career. No question. To be out there at Parkhead with 60,000 fans singing your song on a weekend – what a feeling.”

It helped, of course, that Sinclair was once again under the wing of Rodgers, now in charge at Leicester City.

“Brendan’s probably been the biggest influence on my career,” says Sinclair. “Going to Chelsea at 16, he was my manager at youth team level and in the reserves. Then he took me to Swansea and we had a brilliant two years. Not only does he know me as a player, but as a person as well. I’ve loved working with him.”

Rodgers’ successor, Neil Lennon, was rather less enamoured with the Englishman. Sinclair featured only fitfully following the 49-year-old’s arrival in February 2019, and was then dumped into the Under-23s at the start of last season.

It is not a subject he is keen to discuss. “My playing time got cut, for whatever reason,” says Sinclair, who joined Preston in January, six months before his contract at Celtic expired.

Sinclair admits he made a slow start at Preston. But four goals this term suggests the 31-year-old is getting back to his best.

“Last season I was living in a hotel, living out of suitcases while my wife and kids were up in Scotland,” he said. “Then the pandemic happened. During that time, my house was ready but I couldn’t move in because of all the restrictions! It was a nightmare.

“Now I’m in, I’ve got one kid at nursery, one at school. When your family is happy and settled, you are happy on the pitch. I think I’m showing that and I just want to keep it going.”