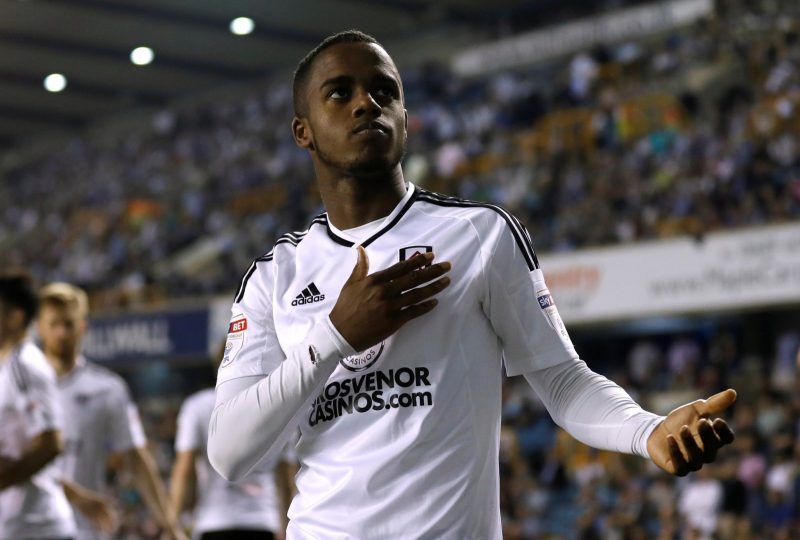 Should Gareth Southgate take Ryan Sessegnon to the World Cup? Only if he’s going to play.

The 17-year-old – up for PFA Young Player of the Year alongside the likes of Leroy Sane and Harry Kane – has enjoyed a remarkable season.

His clean sweep at the EFL awards came after Sessegnon had scored 14 goals in 46 games for the Cottagers.

“You cannot make a mistake with this kid,” insisted Fulham boss Slavisa Jokanovic. “In fact, he is not a kid now. He is already a man. A coach only needs to work with him for two weeks and he will see.”

Mark Lawrenson, speaking on the BBC, agreed. “If I were Gareth, I’d absolutely take him to the World Cup,” he said.

“He’s the future. You don’t have to play him necessarily. I would take him purely for the experience.”

Yet experience is not intrinsically beneficial. It depends very much on what happens during those four (hopefully) weeks.

In the case of Michael Owen, it proved revelatory. Eighteen when he was deployed at the 1998 World Cup, the striker made Argentina’s veteran defenders look like the callow schoolboys.

He won young player of the tournament, scored a legendary goal and departed convinced he could gun down all-comers.

Theo Walcott, on the other hand, did not. The current Everton winger was 17 when Sven-Goran Eriksson inexplicably chucked him on the plane to Germany in 2006.

Unlike Owen, who was fresh off the back of a stellar Premier League season in which he’d scored 18 times, Walcott – like Sessegnon – had never kicked a ball in the top flight.

Unused throughout, his only ‘experience’ was a flurry of pre-tournament media attention, an inferiority complex and an overhyped reputation that blights his career to this day.

Twelve years on, Walcott has played a total of 80 minutes for England in major tournaments.

“I was thrown straight into the limelight, having not even played a Premier League game,” he admitted in 2015.

“Suddenly you are surrounded by these top-quality players and you are thinking, ‘Do I really deserve to be here?’ I wasn’t ready.”

Sessegnon may be ready, but is it worth risking all the confidence and self-belief he’s built up at Craven Cottage?

Especially given the proven folly of bedding in youngsters.

Ever since Roy Hodgson took charge in 2012, we have been told that England are building for the future.

How a squad picked today is planting the seeds of a side that will flower in 2018, 2022, or some other date in the misty yonder.

Hodgson himself ascribed to this philosophy in 2012, as did erstwhile FA chairman – and author of the infamous Qatar 2022 plan – Greg Dyke.

Yet the stats continually betray the fallacy of this approach. Of the 23-man squad that Hodgson took to Brazil in 2014, less than half made it to France two years later.

Of those, just FIVE were in the starting XI for England’s opener against Russia. The rest were all tournament debutants.

The point is, much can change in the span between tournaments. Players suffer injuries, lose form or retire. Others emerge.

Back in 2014, nobody was planning for a future where Jamie Vardy and Harry Kane contested the role of England’s main striker.

Why would they? Kane had scored three Premier League goals and Vardy had just won promotion from the Championship. Dele Alli, meanwhile, had barely broken into the MK Dons team.

Conversely, few in the summer of 2015 envisaged a future without Saido Berahino. Now, the striker can’t get a game for Stoke, let alone England.

That is not to suggest Sessegnon will falter, simply that he might. In which case, why risk wasting a precious berth on someone who has no prospect of playing?

If the FA want to give young players tournament experience, it must be with the Under-21s. The World Cup should be the preserve of today’s elite, not tomorrow’s.

If Southgate believes Sessegnon belongs in that bracket and can emulate Owen, by all means take him to Russia. If not, do the kid a favour and spare him the Walcott treatment