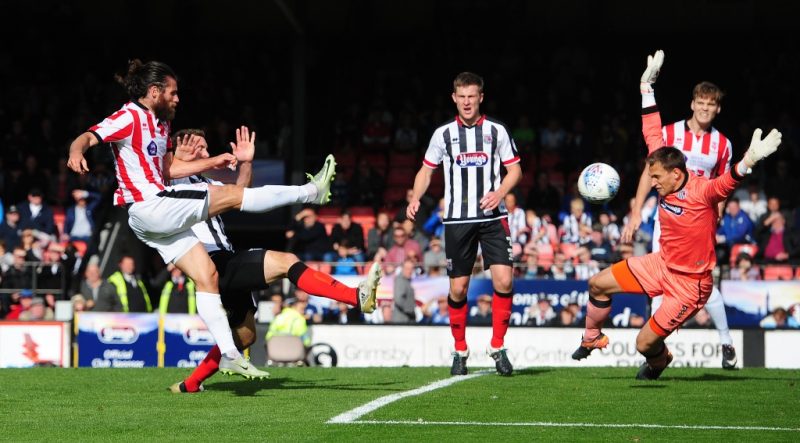 LINCOLN City were promoted into League Two last season and went into this weekend in the top three at the first attempt.

I know from personal experience just how difficult it is to make the step up and to succeed at the first time of asking, having won those promotions back-to- back with Stevenage in 2009/10 and 2010/11.

The manager, Danny Cowley, deserves huge credit and the entire squad clearly have that special ingredient.

But there is one man within that dressing room who I want to mention.

Michael Bostwick was a central figure in that successful Stevenage team. I recruited him from Ebbsfleet, having previously signed him from Millwall when I was at Rushden & Diamonds. He was a spine within my spine.

I was lucky enough to inherit him and manage him again for a third time when I worked at Peterborough.

Bossie is a pure winner. He never let me down. His consistency is remarkable. He ought to be playing so much higher than League Two. He’s got those Phil Jones qualities.

When we knocked Newcastle out of the Cup, he dominated a midfield in which Joey Barton and Alan Smith played their part. When my Posh team took West Brom to penalties after 210 minutes, he handled Salomon Rondon’s pace and power immaculately.

A Championship manager called me last year to check Bossie’s credentials and I had to give him a huge thumbs up. As a player and as a person.

I felt certain that he would make the move that his qualities deserve and I was absolutely thrilled. But it didn’t happen for one reason or another.

He’s 29 now, still winning, and maybe his chance has gone. But I’d still love to see him tested at the top end of the Championship/Premier League – 100 per cent he could do a decent job.

Lincoln may not thank me for saying it but he is one player who could easily get snapped up in January by an ambitious club wanting to add that winning ingredient. He is infectious. With his actions on the pitch. With his courage and his determination.

I haven’t seen Lincoln play this season. But I don’t need to; I’ll guarantee he’s made a difference.