Posted on December 23, 2017 by admin in Columnists, Featured, Features | 0 Comments 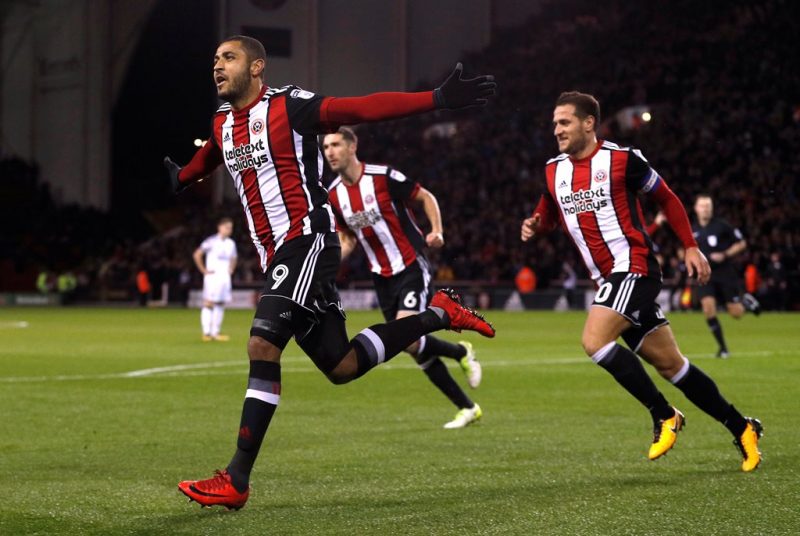 MOODY. Sullen. Aloof. A mercenary, even. Just a few of the labels Leon Clarke has been tagged with during his nomadic career.

When he walked into our Chesterfield changing room – his seventh of 11 different loans – in September 2011, his reputation preceded him.

It didn’t help, of course, that he had just been involved in a very public spat with Paolo Di Canio, the tempestuous Swindon manager, a matter of days after signing for the Robins.

The pair, you may remember, had to be separated after a defeat against Southampton in the Carling Cup, when Di Canio tried to manhandle Clarke down the tunnel at the County Ground after a disagreement about some post-match running.

Clarke has never been afraid to speak his mind. Often, though, the managers who have accepted him for who he is have been richly rewarded for it. John Sheridan, the Chesterfield manager, was one such gaffer, and Clarke scored six goals for us in League One in his first four games.

A hat-trick in the 4-1 win against Carlisle stands out. Not because of a scintillating display. He was awful that day. He gave the ball away more than he kept it. But he ran his socks off, as he always does.

He was in the right place at the right times and went home with the match ball. 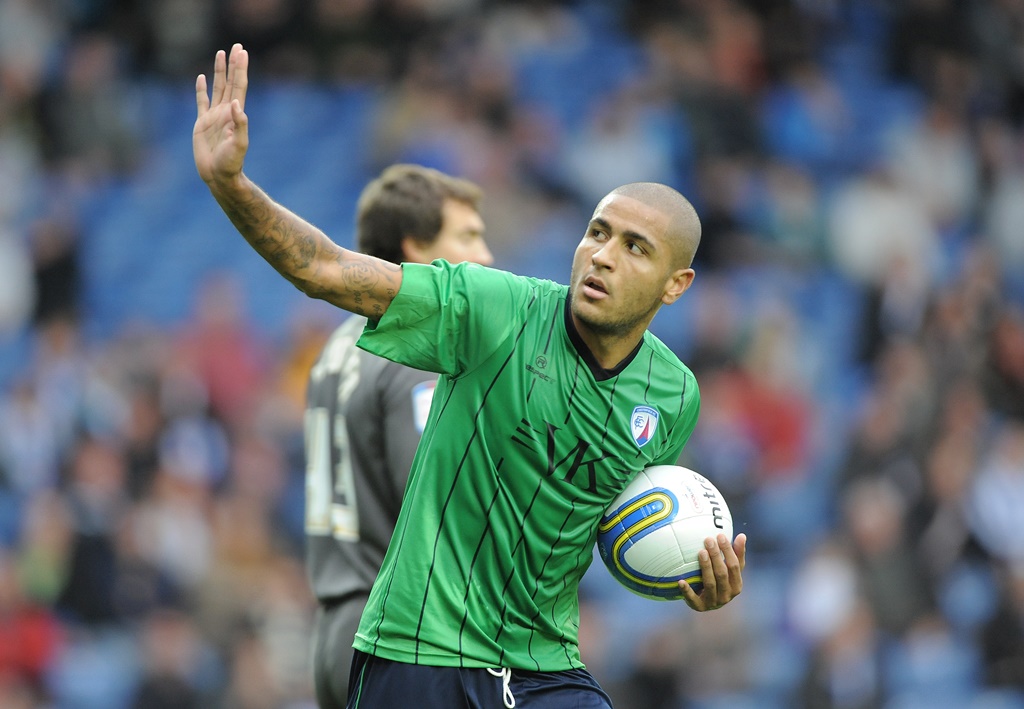 Man of the moment: Leon Clarke celebrates scoring a goal for Chesterfield back in 2011 against Sheffield Wednesday (Photo: John Rushworth)

He bagged nine goals in 14 games before Wolves brought him back to where his itinerant career began. But that six-month snippet pretty much sums up large swathes of his career.

He’s not been one to sit quietly on the bench and has occasionally rubbed one or two people up the wrong way. Often, prolific loan spells have led other big clubs to come calling, willing to take a punt because the potential has always evidently been there.

Until this season, though, he has flattered to deceive in the Championship – with Wolves, Sheffield Wednesday, QPR and Wigan, briefly. Just 32 of his 127 league goals had come in the second tier.

He has always possessed a goalscorer’s instinct, even if you would not describe him as lethal.

But he is powerful, industrious, brave, not easy to play against – which I say from experience – and not frightened of a scrap.

All are attributes his Sheffield United manager, Chris Wilder, looks for first and foremost. And this season, aged 32, at the 18th club of his career, he has found a home and the best form of his career.

Clarke has plundered 14 goals in 17 Championship starts – a goal every 107 minutes.

Entering last weekend he was the leading marksman in the country.

An incredible nine goals in November, including four against Hull and a hat-trick in the crazy 5-4 defeat against Fulham, earned him the division’s player of the month award.

“Every time I go on the pitch it’s an opportunity to prove to people who doubted me at Championship level,” he said after receiving that award, adding he hoped he had silenced a few people’s opinions.

Most of the labels he has collected, actually could not be further from the truth.

He has always been a popular member of the changing room. Confident? Sure. Moody? A little, but he’s not alone there! Disagreeable? Absolutely not.

One of Wilder’s strengths is knowing how to handle the different characters in a squad.

At Northampton, where I played for him, he signed John Marquis, the Doncaster striker, on loan from Millwall – a player similar to Clarkey, who had a regular moan in his locker.

If Marquis shouted his mouth off about something or other in training, Wilder would often crack a joke, take the mickey, Laughter lightened the mood.

At the same time, he knew when to crack the whip. And it doesn’t take long playing for Wilder to know you’d be a fool to argue back.

Clarke was given the captain’s armband at Millwall a fortnight ago, too. “Leon is a big player in that dressing room. We think, in his own way, Leon can lead by example,” Wilder said.

Right now, he is doing just that.