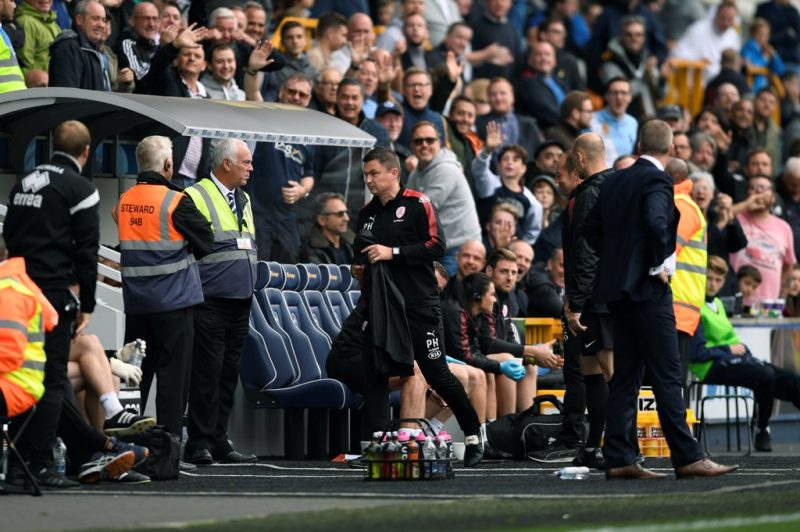 Barnsley manager Paul Heckingbottom has been handed a two match touchline ban after being sent off in the Tykes’ win over Millwall before the international break.

Heckingbottom reacted to Millwall’s Lee Gregory scoring what he felt was a softly-awarded penalty, and was given his marching orders soon afterwards.

However, after the game the 40-year-old confessed himself baffled at the reason for his dismissal: “I made sure none of the players went up to the referee at half-time,” he said, “The staff’s job was to get them all away from the referee and I just approached him by myself.

“It was a clean tackle [from Matty Pearson], we could all see it. When I watched it back it is so apparent with the Millwall’s players’ reactions, but the linesman’s flag went straight up.

“They were given the penalty before the referee could even make a decision. It’s just one of those things.”

The ban means Heckingbottom will miss the club’s game against Middlesbrough this weekend, as well as their clash with Hull City a week later.