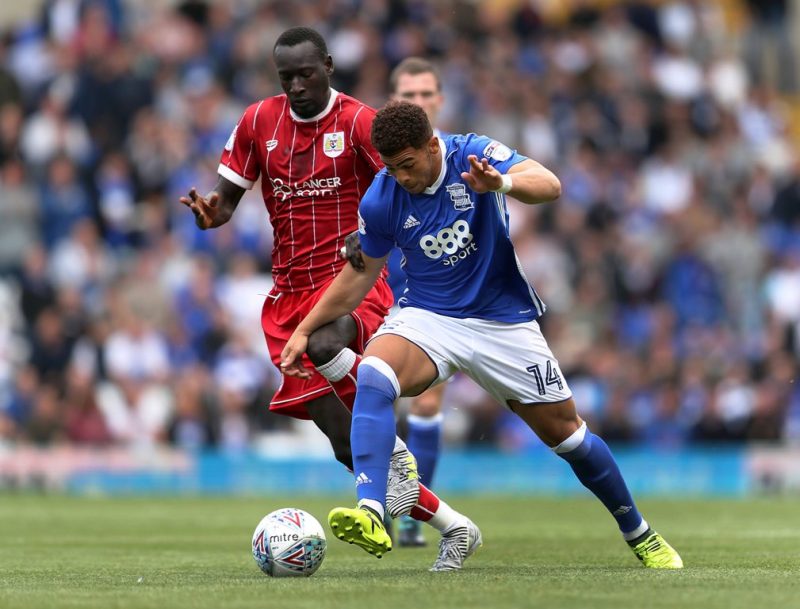 Young Birmingham striker Che Adams has signed a new five-year contract with the club today , extending his stay at St Andrew’s through to 2022.

The 21-year-old only signed for the Blues from Sheffield United last year, putting pen to paper on a three-year deal after a fee of around £2million was agreed by the clubs.

Despite his youth Adams quickly became a regular member of the Birmingham team, featuring on 42 occasions last season and scoring seven times – including the goal that kept them in the Championship at Bristol City in May.

He’s already made three appearances for the first team this season, netting a hat-trick against Crawley Town in the Carabao Cup.

A new long-term contract just a year into his stay at the club shows how highly-regarded Adams is by Birmingham. Able to operate in midfield as well as up front, Adams’ talent was bound to be noticed by a top division team sooner or later, and this new deal is therefore something of a coup for the Midlands side.

Adams began his career with Oadby Town in 2012, before joining Ilkeston a year later. He was then picked up by the Blades, with whom he made his debut against Southampton in the League Cup in 2014.