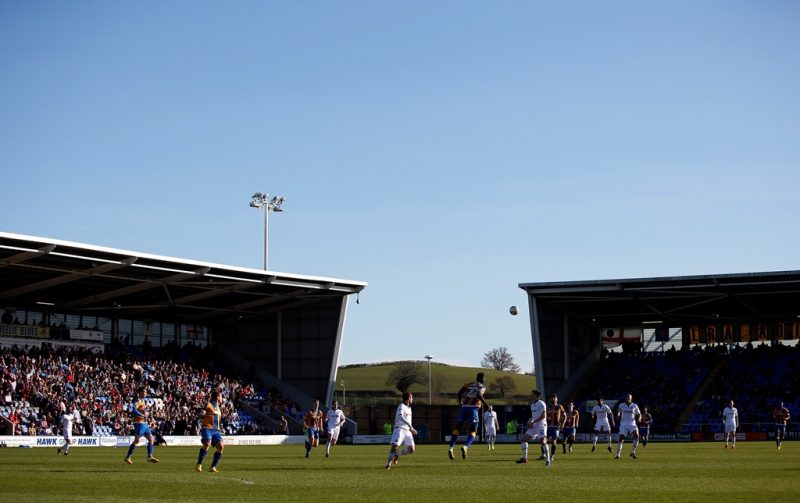 League One Shrewsbury Town are the first English club to officially apply for safe standing at their ground.

The issue of safe standing in the UK, which has been a cause of much debate between fans, was first raised at a Football League meeting in 2014 and the EFL confirmed then that they were open to the idea of safe standing.

After Brighton announced they were researching the possibility of safe standing in October last year, and West Brom said last week that they were keen on piloting the idea, the Shrews hope to have roughly 400 rail-seats fitted and in use, in a section of one stand, before the end of the 2017-18 season.

Greenhous Meadow, the club’s home for the last 10 years, is not governed by the all-seater stadiums regulations, which permits clubs in Leagues One and Two to keep terraces that existed before 1994, because of its age.

Last year, Scottish champions Celtic were the first club in the UK to open a safe standing section in their ground, installing rail-seating with a capacity of 2,900 in the north-east corner of Celtic Park.

Brian Caldwell, Shrewsbury Town’s chief executive, says the move at Celtic has improved the atmosphere and he expects the same for his club, who finished 20th in the third tier last season.

“More people are encouraged to sing and get behind the team but also it’s a safer environment as well,” he told BBC Sport.

“Our safety officer has been up to Celtic to see it in action and was very, very pleased with how safe and secure it was.”

Rail-seating is the system of safe-standing that the EFL are looking into, and what club’s in countries such as Germany and Austria use, as well as Celtic. 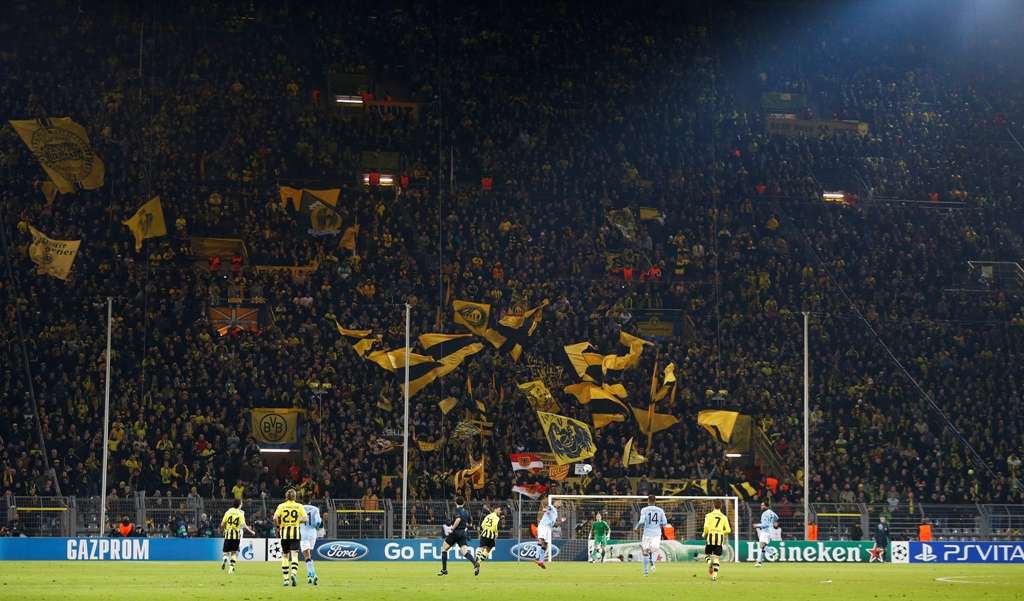 There is a safety barrier and a seat on every row, with seats locked into an upright position for games for which standing is permitted (For instance, UEFA competitions require seating for all spectators) and supporters stand between the barriers in the same space given to one seat.

If Shrewsbury are able to install safe standing into part of Greenhouse Meadow, it could be a watershed moment for English football, but there are still a lot of implications along the way before a decision is made, such as the cost of installation, ticket pricing and government approval.

In order to finance the installation of the rail-seating, Shrewsbury will have to raise around £70,000 via a crowdfunding campaign.

The campaign will be run jointly by the Shrewsbury Town Supporters’ Parliament, who first approached the club with the proposal, and the Football Supporters’ Federation, with fans of Shrewsbury, football fans from around the country and beyond and the general public invited to donate.

Mike David, from the Supporters’ Parliament, believes safe standing will make for a more competitive league, as well as improving atmosphere, saying: “The issue we tend to have is when we come up against the big clubs – the Sheffield Uniteds, the Boltons – who bring huge away crowds, we get drowned out a little bit,” he said.

“So the hope is that bringing our vocal support behind the stand will improve that.

“Some of our fans already stand but they want an area where they can do that safely and also we want to be able to improve the atmosphere within the ground.”

Shrewsbury’s application has been put to the Sports Ground Safety Authority and the club hope to find out the outcome in a matter of weeks, rather than months.