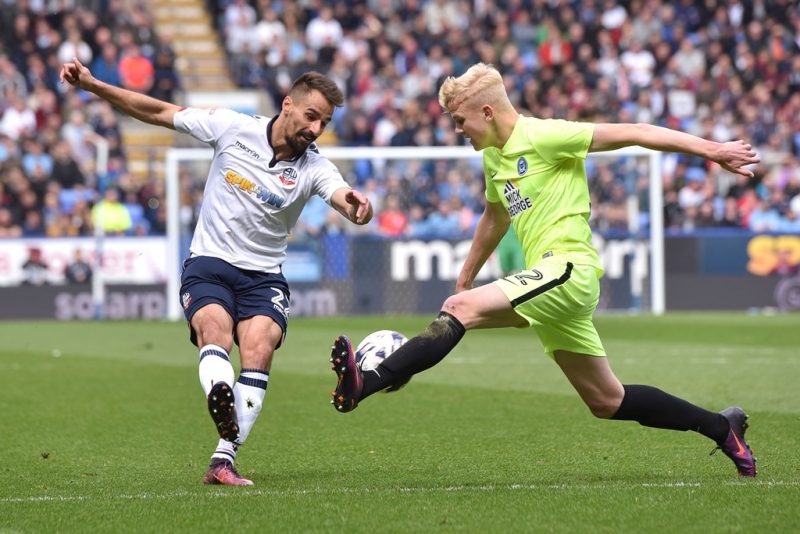 Filipe Morais has committed his immediate future to Bolton Wanderers by signing a one-year deal with the club.

The 31-year-old winger initially joined the Trotters in February on a short-term deal until the end of the season, but soon became an integral part of the team, providing 13 assists as Phil Parkinson’s men powered towards promotion.

He also scored two times during his spell at the Macron Stadium, and has put an end to speculation he would not be with the club during the upcoming Championship season.

Speaking to Bolton’s official website, the Portuguese star said: “I’m really excited at what lies ahead and so happy that it’s all sorted.

“Bolton Wanderers is the only place I really wanted to be. Me and my family are over the moon that it’s all done and dusted and I just can’t wait to get started!”

With fixtures released tomorrow, this is an exciting week for Bolton fans as they prepare for life in the second tier after a season away, and the news Morais is staying is a huge boost for the club.

Boss Parkinson said: “I am pleased that we have signed Fil for next year.

“He made an excellent contribution last season and has a real determination to do well for the coming season.”