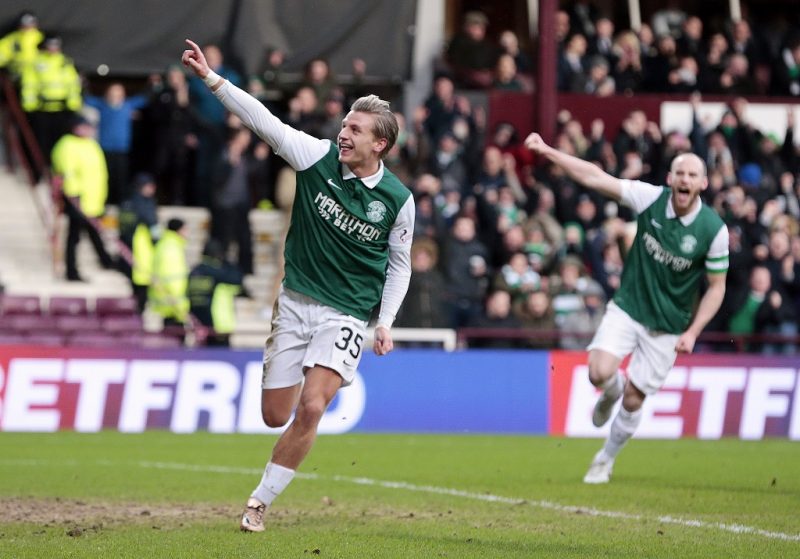 Grant Holt has praised Nottingham Forest’s latest signing Jason Cummings, calling him a ‘goalscorer’ who ‘comes alive in the box.’

Holt, who scored 24 goals in 109 appearances for Forest, played with Cummings while both were at Hibernian together last season, and the experienced striker thinks he could thrive in the Championship.

Hibs romped to the the Scottish Championship title, with 21-year-old Cummings finishing with 23 goals.

Speaking to Radio Nottingham, Holt said: “He gets in fantastic positions. Nine out of 10 times, when he gets an opportunity you’ll back him to score.

“He’s a goalscorer. When the ball comes in the box he comes alive. He has scored bagfuls. He has stuff to work on but he is only young.”

Cummings has signed a three-year deal with Forest for an undisclosed fee, and it is hoped he will take some of the pressure of Britt Assombalonga in front of goal.

It will be certainly be a step up from the Scottish second-tier to the English equivalent, but Holt has high hopes for his former colleague, saying: “He has worked a lot more on taking the ball and bringing the team up the pitch. That’s where he will get better and better. And if he can add to what he can do then he has a good career ahead of him.

“He needs to test himself again. It’s a great move. That club is a sleeping giant and if he can do what I know he can do then the fans will like him.

“I knew Forest was on the radar for him. It’s a club that was fantastic for me. I loved it but it needs to be pushing get to the Premier League. Bringing in players who are hungry can only be good for the club.

“He scores goals for fun. Fans will have to give him a bit of breathing space because of where he has come from, but I am sure when he does find his feet the fans will take to him.”