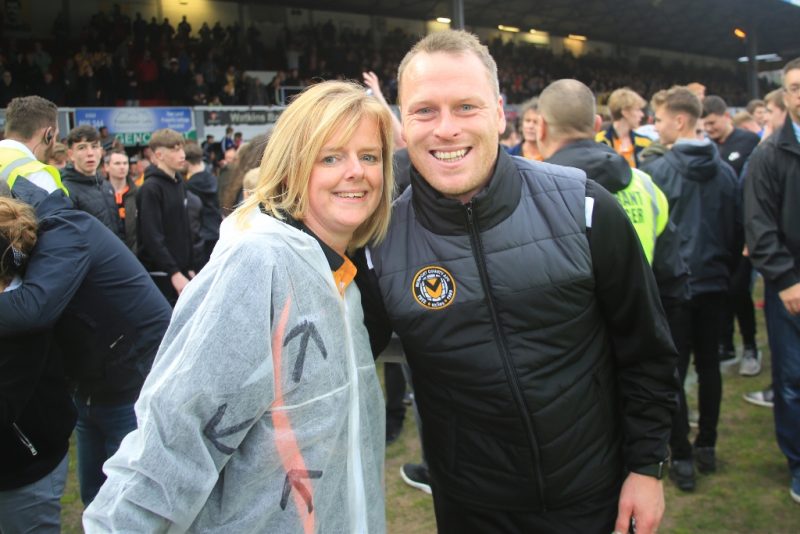 The news from Hartlepool was desperate. Two Devante Rodney strikes meant the Newport Exiles were seven minutes away from relegation to the National League. Only a late winner against Notts County could save the day.

“I was nervous, I was worried,” admits Flynn, the 36-year-old novice who took charge with County 11 points from safety and subsequently sparked a barnstorming fightback.

“For that six-seven minutes when we were down, we didn’t look like scoring. We’d been terrible second half. There was definitely a point where I thought ‘That’s it’.

“But I never lost focus and my staff – Lennie Lawrence and Wayne Hatswell – were even more calm than I was.

“It was actually Wayne who said ‘Right, let’s get another body up front’. We looked at our options and decided to chuck Mark O’Brien up there.”

And the rest is glorious history. With a minute to go, O’Brien, a full-back by trade, coolly chested down a right-wing cross and smashed a textbook volley into the far corner. Cue pandemonium, pitch invasions and despondency on the Cleveland coast.

“It was surreal,” adds Flynn. “I went up through the Conference play-offs with Newport, had two automatic promotions with Wigan.

“But all the drama, all the suspense and this being my hometown club…this has to be up there with any of it. And it was made all the more special because my wife and two of my kids were there.” 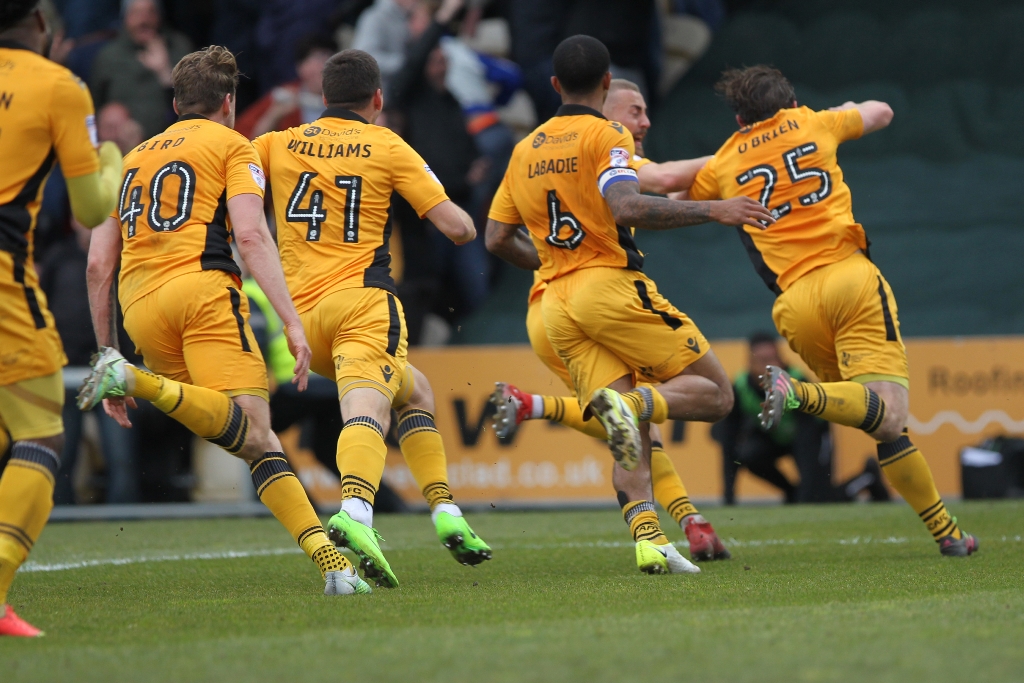 Nobody gave Flynn a prayer when he replaced Graham Westley in March.

Any discussion of the League Two relegation battle centred not on whether Newport could survive but who would join them in Non-League.

Yet the former Bradford and Blackpool midfielder won seven of his 12 matches, two more than the Exiles had managed all season, to complete one of the great escapes.

“I always knew it was a long shot,” says Flynn, who began his playing career with Newport in 1999 and had two further spells as a player.

“After that, it was  about putting a smile on the players’ faces. We went back to basics, got them believing in themselves. It was about team spirit and feeling involved. That was desperately needed.

“The boys who were injured were coming in on team meetings. Anything we discussed we did as a whole squad. In any successful team I’ve been involved in, the people who weren’t in the starting XI always supported the lads who were playing.

“I’ve honestly never seen anyone do well when there’s backbiting and internal strife. You hear of it all over the place.

“I’ve got nothing but praise for what they’ve given me. Hartlepool were actually 13 points ahead at one point, so it was a 15-point swing in the end. That tells you the scale of what they’ve achieved.”

Flynn has been rewarded for his heroics with a permanent contract – and promised supporters no repeat of this season’s final-day drama.

“That was something I’ll be proud of until the end of my days,” he adds. “But I’m not one to start admiring myself in the mirror. I want to improve so that this club is never in that position again.

“I only had one drinking day to celebrate and it was straight back to work!”

*This article originally featured in The FLP’s 14 May 2017 edition. Subscribe: http://bit.ly/FLP-Subs