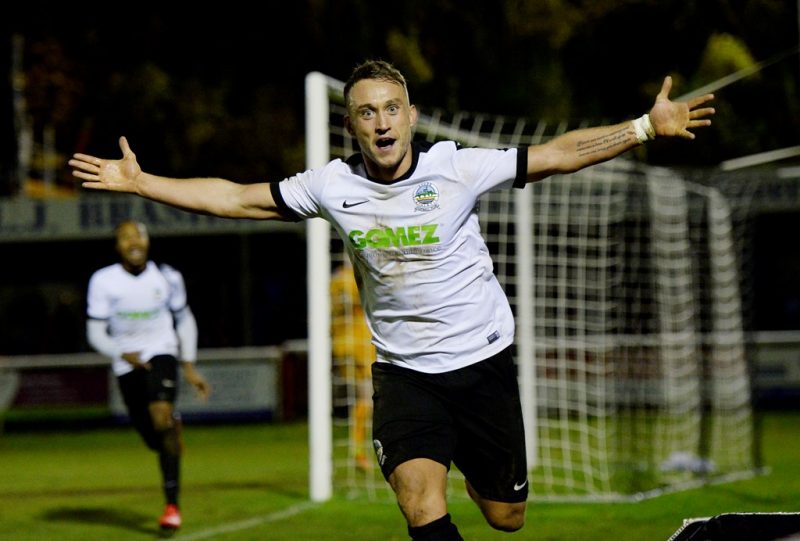 Peterborough United have turned down a bid of £250,000 from another League One club for recently signed striker Ricky Miller.

Miller, 28, scored a staggering 42 goals for National League side Dover this season as the coastal club narrowly missed out on the play-offs, and was named the division’s Player of the Season.

Posh won the race for his signature last week, although the striker’s three-year deal at the ABAX stadium will only begin when his Dover contract expires in the summer, and beat many other clubs to secure his services.

Chairman Darragh MacAnthony didn’t reveal who still had hopes of luring Miller away from Peterborough, for a cool quarter of a million, but the Irishman told Radio Cambridgeshire: “That could have been the easiest stock transaction of my life.

Posh have a reputation in the EFL for playing fast, free-flowing football and scoring an abundance of goals along the way, but that wasn’t the case this season as Grant McCann’s men failed to put together a consolidated promotion push.

They found the net just 62 times, conceding the same amount, but with Peterborough-born Miller leading the line and the highly-rated Marcus Maddison supplying the opportunities, MacAnthony has high hopes for next season.

“I want Ricky to win the golden boot possibly this year, in competition with any other strikers we bring in.” said the MacAnthony.