Posted on May 4, 2017 by Adam Ellis in Columnists, Featured, Features | 0 Comments 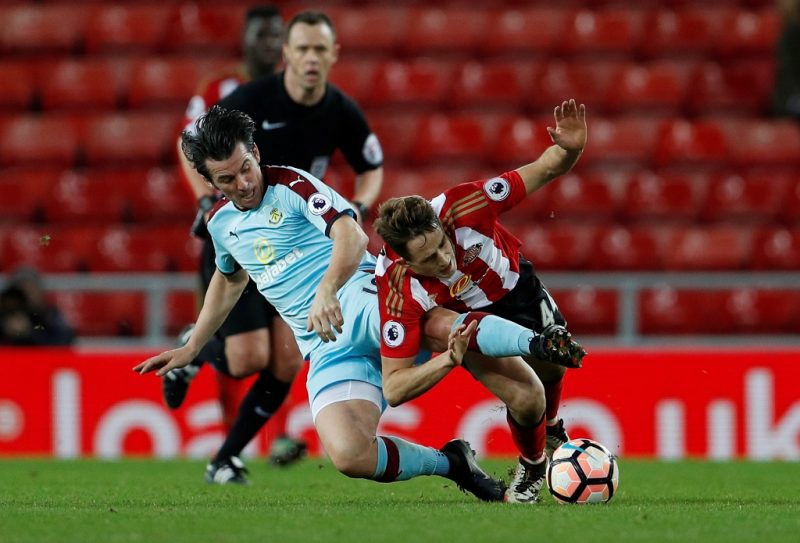 WILL players have a bet this weekend? Of course they will. The 18-month ban handed out to Joey Barton won’t make a blind bit of difference.

They might think ‘Right, I’ll have to be bloody careful now’. But I guarantee they won’t say ‘I need to pack it in’. Gambling among players is too widespread and too entrenched.

For the vast majority, it’s a bit of fun – a £10 accumulator that will pay for a night out or knock a chunk out of the mortgage.

It’s not malicious. They’re just in a unique position. On a Friday afternoon, a player knows if the gaffer is making nine changes. He’s looking at it thinking ‘He’s not playing, he’s injured, we’re going to struggle’.

Then he speaks to his mate at the opposition club, who says ‘Our gaffer’s under pressure here mate. We can’t afford to make changes. We’re going for it’.

Suddenly, he’s ahead of the bookies with a chance to put £200 in his bank account. Do I agree with that? No. But it’s human nature to exploit that advantage and it would never affect how you perform on the field.

For others, like Joey, the problem is more serious. There are 92 League clubs in England. More than 2,000 players. Statistically, several of them must have a gambling addiction.

And, while the FA push their message of ‘Don’t bet on football’, adverts and marketing campaigns are saying precisely the opposite.

You watch a game on TV. Ray Winstone pops up before the game, then at half-time. And it’s so easy now to just pull up an app on your phone. Bookies are absolutely everywhere and, if you’ve got a problem, that must be very difficult to resist.

In that sense, the FA have dug themselves a bit of a hole with their treatment of Barton.

Faced with an 18-month ban, addicts may try to cover up their problems instead of seeking help.

If you’re an alcoholic and confess that to the FA, you wouldn’t get banned. You’d get help from the PFA, a stint at the Priory or the Tony Adams Clinic.

If you go to the FA and say ‘I’ve got a gambling problem, I’ve lost everything, my wife’s left me, I’ve been betting on these teams’, they’ll kick you out of the game. Is that fair?

An alcoholic caught drink driving isn’t given any extra leniency just because that person is an alcoholic.

I also know why the rules exist: to counter match-fixing. It’s something that happened a few years ago at my local team, Whitehawk.

Players were taking bungs to throw games. One of them, Michael Boateng, was a youngster coming through when I was at Bristol Rovers. He was one of the nicest guys you’d ever meet.

When I found out he was involved, I was absolutely stunned.

In that sense, you can see why the FA took such a hard line. They wanted to make an example of Joey, just as they did when Rio Ferdinand missed his drugs test. From their point of view, there’s nothing better than a high-profile punishment to get the message across.

But the simple fact is you’ll never stop players gambling. You could monitor all their phones and computers, all their emails and messages.

But that still wouldn’t stop them going round to their mate’s and saying ‘Here’s £200, can you put a bet on for me?’

Addicts always find a way, and punishment is no deterrent.

Instead of doling out lengthy bans, the FA need some kind of amnesty allowing people to come forward and get help.