Home / Featured / McGeehan: I moved to Luton because I saw so many academy careers stagnating at Chelsea

McGeehan: I moved to Luton because I saw so many academy careers stagnating at Chelsea 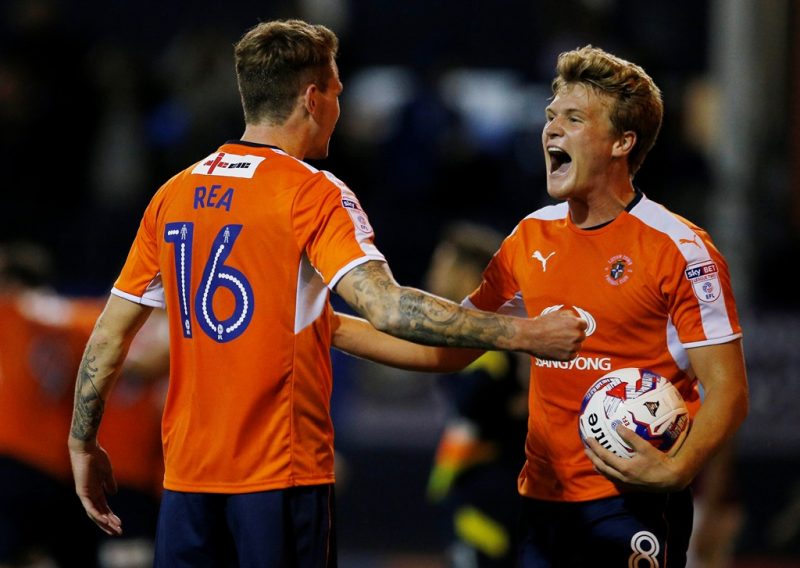 LUTON’S Cameron McGeehan may have left his Christmas shopping until the last minute, but when it came to his career the Luton midfielder wasn’t prepared to hang around.

A teenage starlet at Chelsea and Norwich, McGeehan watched in dismay as promising talents like Josh McEachran disappeared into a development black hole.

Unwilling to risk a similar fate and emboldened by a Conference-winning loan spell at Luton, the straight-As student had no hesitation in ditching his cushy life for a permanent deal at ramshackle Kenilworth Road.

Eighteen months on, the 21-year-old is the Hatters’ reigning player of the year with 33 goals in 109 games and  an EFL young player of the month award on the mantelpiece.

“I saw so many people stagnating, their careers going nowhere,” says McGeehan, speaking to The FLP from a shopping centre in the midst of a last-minute pressie dash.

“Me and my dad had a lot of discussions about it and we also spoke to a few older players, like Josh. At Norwich, it was Nathan Redmond and Bradley Johnson, who started at Arsenal. All of them said, ‘Don’t even think about it, get out, play football and you won’t regret it’.

“Now, I’m sitting here on 100-plus senior games and I’ve learned so much more than I would have in an Under-21 side. They were completely right.

“I look at boys who signed big deals at Chelsea and think, ‘Yeah, if I’d done that, I could be rich now’. But my game is richer. My experience is richer. I’m loving life, meeting new people. I’m a main player at a massive club.

“A lot of these lads will have spent that money by 22. Then, they move to a League Two club and have to completely adjust their life. It’s a shock to the system.

“It’ also about respect. You see 18 or 19-year-olds driving round in Range Rovers and the senior players look at them and think, ‘You’ve not earned that, you’ve done nothing in the game’.

“That stuff should be for the top boys who’ve earned their stripes in a high pressure industry.

“Maybe it’s easy for me to say because I’m from a comfortable background.

“I accept that I’ve been privileged. But, for me, football is about achievements, not about money.”

And, having worked with the cream of continental coaching at Cobham, McGeehan says his manager deserves to be ranked alongside any of them.

“We’re lucky to have him,” says the playmaker. “He’s a top-level coach who nearly got the Brighton job before Chris Hughton. He should be working a lot, lot higher.

“He’s really sharp, really clever. His work ethic is incredible. I think he’s at work from seven in the morning to eight or nine at night.

“When I think of all the people I’ve worked with in my career, he’s right up there. I guess it’s similar to me. He’s come down to get experience and a reputation. Hopefully we can both work our way back.”