Home / Featured / Grayson: Foreign owners are not giving Brits a chance at all

Grayson: Foreign owners are not giving Brits a chance at all 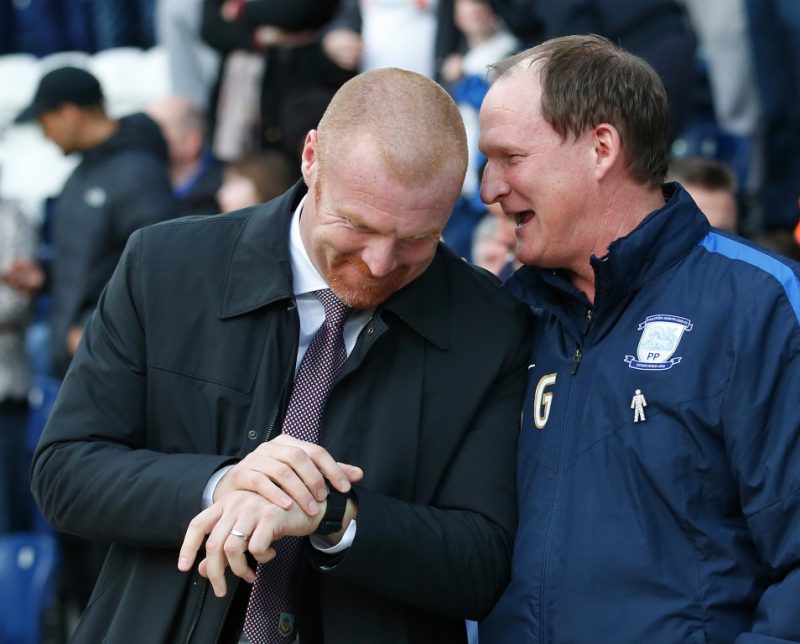 IT is 20 years since Simon Grayson bludgeoned David Ginola into submission on a glorious afternoon at Filbert Street.

Six days earlier, Newcastle had demolished Manchester United 5-0, a rout memorably rounded off by Philippe Albert but kick-started by their flamboyant Frenchman.

Leicester, fresh from the First Division, were no-hopers.

“I remember looking at Ginola in the tunnel,” recalls Grayson. “I was thinking ‘If I don’t perform to the best of my ability here, I’m going to look a right mug’.

“I knew I had to do whatever was required to come out on top. So, I kicked absolute lumps out of him. Up and down the pitch, 90 minutes plus.

“We won 2-0 and he wasn’t happy. In the tunnel afterwards, he basically said ‘Why were you kicking me?’ I said ‘Well, if I don’t, you’re going to make me look stupid’.

“Unfortunately, I’ll never know what his reply would have been. At that point, Steve Walsh came over and squirted a water bottle in his face!

“Ginola just swept his hair back, called Steve something in French and stalked off!”

Grayson tells this tale from a stage in the Bull & Royal pub in Preston, where he and Preston legend Mark Lawrenson have joined forces to raise awareness of prostate cancer.

Ask him the one about the Romanian with the broken jaw. 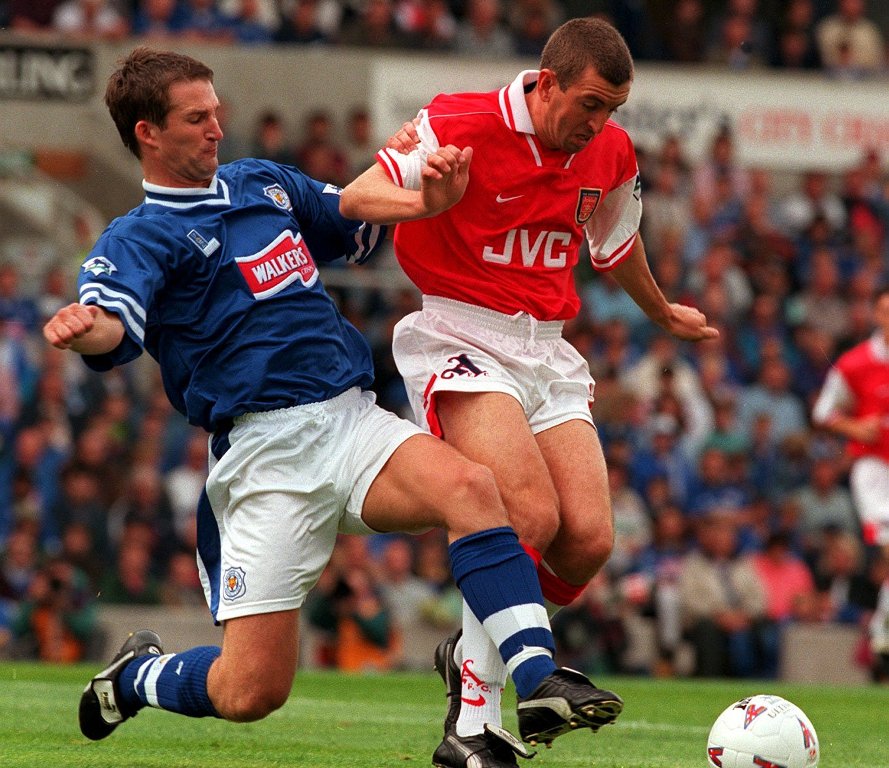 Fox on a run: Grayson, in his Leicester days, tackles Nigel Winterburn (photo by Action Images)

Earlier in the evening, he used the Ginola example to illustrate why a club, run on a fraction of Aston Villa’s £63m wage bill, started the week two points and two places better off than their illustrious rivals.

Why, at Deepdale last month, the Lilywhites scared the living daylights out of table-topping Newcastle. Why they have seized seven points from Huddersfield, Norwich and Brighton.

“You can’t really kick people off the park any more,” he admits ruefully. “But you can still raise your game against top-class players.

“I just say what Martin O’Neill used to say back then: ‘Look, the lad you’re playing against cost £15m. Go out there and show you’re better than him’. And how much satisfaction does it give a player to rise to that challenge?

“When you look at the top teams, they can all do something out of nothing. You look at (Aleksandar) Mitrovic against us. His first goal, it was a ball that went literally half a yard over the left-back’s head. He anticipated the bounce, took it through, and finished from a tight angle.

“The ball, the touch, the finish – how many other players in the Championship can do that in a game when you’ve barely had a chance? Not very many.

“It’s decision-making, basically. The top players know when to go for a killer pass. They know when to slow the play down.

They can withstand pressure. Then they can execute things that other players can’t.

“The best players do all those things regularly and that’s why they get paid big money.

“What we can do is work harder than them, stop them doing what they’re capable of, then challenge our players to show their quality. If you look at our games so far, we’ve done that.”

Speaking of top-class players, what about top-class managers? Does it frustrate Grayson that his stellar work in West Lancashire never sees him linked with a Premier League job?

After all, the 46-year-old has won promotion at every club – Blackpool, Leeds, Huddersfield and Preston – he has managed since retiring from playing in 2006.

“I’m not saying this for my own benefit,” he insists. “But, if you look back over the last five years or so, the only British managers in the Premier League are people who have taken a team up.

“Dychey, Eddie Howe, Mick McCarthy. I can’t think of anybody who has been poached from the Championship. It’s sad, because there’s some real talent here and sometimes all you need is an opportunity.

“Foreign managers haven’t reinvented the wheel. We’re all doing the same courses, all getting the same badges. All they’re doing is working with better players, which makes their job a lot easier.

“I really don’t see any reason why people from this division, or even League One, couldn’t do the same thing given half a chance.

“It’s something I’ve spoken about for years and, again, it’s not about me. I’ve talked to a lot of other managers and they share the same frustrations.

“You see these guys come in with no connection to a club, get sacked after ten months and take the money. You’re thinking ‘How much did it really mean to him?’ Yet you’ve got people who played for those clubs and care about British football being overlooked. It’s a real shame.

“They want the kudos of attracting a big name from overseas. It’s about saying ‘Look at me, look at what my money can buy’. It’s not about football at all.

“People always say ‘Oh, but British managers don’t like the continental system with a director of football and all that’. But we’d adapt. Manager is just a title. We’re all coaches.

“I do all the coaching. Most of the managers I speak to do. We all defer to our owners and chief execs. To me, it’s an easy excuse.”

Grayson enjoys a tight relationship with chairman Peter Ridsdale and 81-year-old owner Trevor (or Mr, as Grayson calls him) Hemmings, working in tandem to set the direction and sign players.

Another anecdote relates how, in August, Grayson was interrupted at a charity golf day by Hemmings, calling to say he had six hours  to sign top target Aidan McGeady. “The day before, he’d told me there was no money left,” he laughs.

So, if the Lilywhites, currently three points shy of a play-off place, keep steaming until January, can Grayson expect reinforcements for a promotion push?

“You never know,” he says. “But like I say, it isn’t all about money. We’ve got spirit. We’ve got organisation. And we’re not short of quality either. On our day, we’re as good as anyone.”

Preston North End manager Simon Grayson is taking part in the Football to Amsterdam cycling challenge from June 9-11 2017. For a second time, the 46-year-old will ride 145 miles in honour of his late friend Steve ‘Garby’ Garbett,  who died in September 2014. He will be joined on the ride by former England striker Les Ferdinand, who lost his grandfather to prostate cancer. The duo will start at opposite ends of the country: Grayson joining the northern leg, which starts at Oakwell, home of Barnsley FC, and QPR Director of Football Ferdinand, 49, pedalling to Amsterdam from the Lee Valley VeloPark, London.

You can join Simon, Les Ferdinand and three more former England stars ,Terry Butcher, Viv Anderson and Tony Woodcock, for the biggest ride in football Sign up to prostatecanceruk.org/amsterdam before November 22 and you will get a £25 discount on registration by using the code ‘PRESTON 25’.