Big Interview: Barry Bannan on his new lease of life at Wednesday 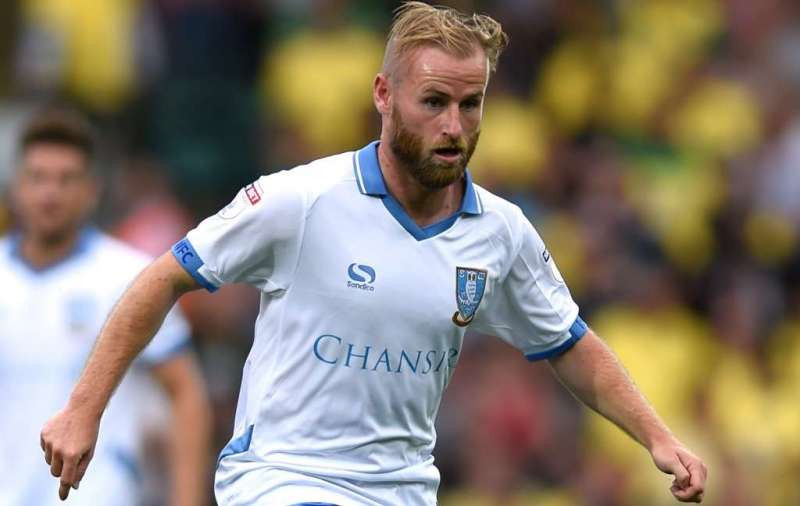 IT is 13 years since Barry Bannan squeezed into the back seat of the family car and left Glasgow for a new life in Birmingham.

Now 26, the Sheffield Wednesday midfielder has spent half his life south of the border, though you’d never guess it from an accent that is pure Lanarkshire.

“And this is my posh Scottish voice!” laughs Bannan, who originally hails from Airdrie. “I only use it so people can understand me. It’s funny because I’ve been coming here a long time. I joined Aston Villa at 13 and I’d been visiting Birmingham to see aunties and uncles in the summer holidays since I was a wee kid.

“You think I’d sound English by now and my sister actually does, but my accent will never go. I’m Scottish to the bone.”

Most of the time, though, Bannan just lets his football do the talking. Since joining the Owls from Crystal Palace last summer, the playmaker has passed and probed into Hillsborough hearts, his vision and technique integral to               manager Carlos Carvalhal’s continental-style possession play.

According to the Portuguese, Bannan is “a small guy with a big talent, more than good enough for the Premier League”. According to the locals, he is “better than Zidane”.

Yet, for all the obvious ability, recognition has been a long time coming. Despite approaching 100 top-flight games, this is the first time Bannan has truly been entrusted with command of a midfield.

Signed by Villa as a teenager, Bannan was a prolific scorer at youth level and made his debut under Martin O’Neill in December 2009.

Successor Gerard Houllier even compared the 5ft 6in left-footer to Barcelona legends Xavi and Andres Iniesta.

Then came the crash. Houllier left. Paul Lambert arrived. Randy Lerner’s enthusiasm ebbed and, with it, his investment.

Villa suddenly disintegrated from a side on the cusp of the Champions League to one barely dodging the Championship. And a group of young players – Bannan, Daniel Johnson, Marc Albrighton – were either jettisoned or left to rot as survival became the sole objective.

“We came through at the wrong time, to be honest,” said Bannan, who ended his nine-year stay at Villa Park when he joined Crystal Palace in 2013. 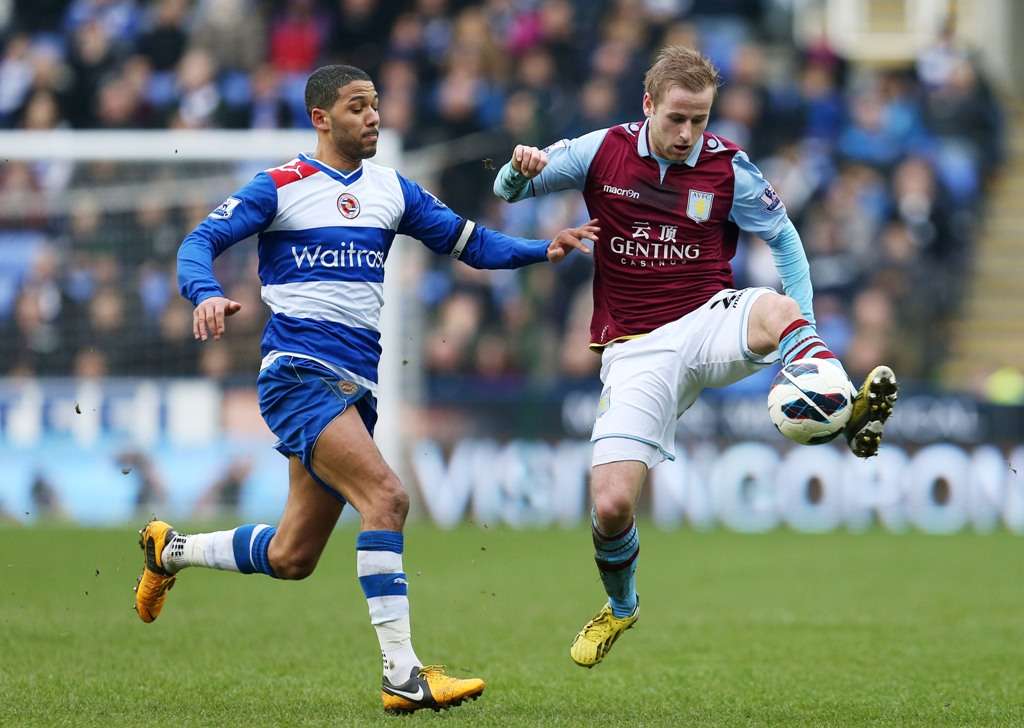 Bannan in action for Villa

“They were tough times for the club and nobody wanted to give youngsters a go. If you’re a manager desperate for a result, you turn to your experienced pros. You want strength and power, not a young boy who hasn’t fully developed yet.

“We all suffered and it’s a shame because Villa had a lot of talent. You’ve seen that with Marc Albrighton, who went and won the Premier League with Leicester.

“Coming through at Villa – and to an extent it was the same at Palace – the objective was always to stay in the league. We were fighting for our lives, doing anything to grind out three points.

“Someone like me, I need to be playing for a team that’s got most of the ball, that will control long spells of the game.

“Obviously I’m going to run and fight and tackle, if the situation demands it. But that’s not my strength, and I think the managers at those clubs knew that.”

Enter Carvalhal, whose belief in Bannan was demonstrated with payment of a £2m fee and a weekly starting berth.

“He’s been brilliant for me,” admits the Scot, capped 21 times by his country and called into Gordon Strachan’s squad for this week’s World Cup qualifier against Malta.

“It’s the first time since Gerard Houllier that I’ve ever had a foreign manager and the effect has been very similar.

“When Gerard came to Villa, that’s when I really started to shine. Me and foreign managers get on very well and I think it’s because they don’t see things like height and stature.

“I remember Martin O’Neill always had an issue with my size and he would bring it up whenever we talked. That used to get me down. I’d be getting sent out on loan thinking ‘This guy just doesn’t trust me’.

“But Gerard only looked at my ability and how I fitted in with his style of play. Carlos is exactly the same – he’s given me freedom to play and made me feel like a big part of the club.

“You’ve got to remember, too, that all I’d ever known at Villa was defeat. I was used to losing, and coming here has completely changed that mindset.

“I can honestly say it’s the most I’ve enjoyed football since I started out. I feel wanted, and that can sometimes be the most important thing in football.

“Once you’re given confidence and you’re given a chance to get the fans behind you, you step onto the park feeling invincible.” 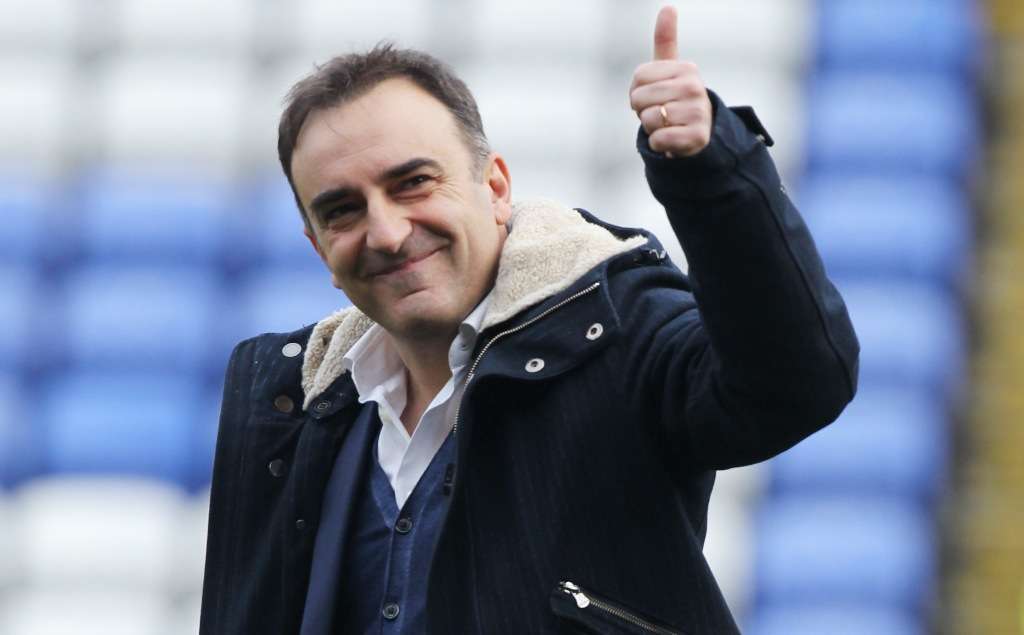 Alas, last year’s beaten play-off finalists have been anything but thus far. Having vanquished Aston Villa on the opening weekend, the Owls have since lost to Cambridge, Burton and Leeds.

The downturn coincided with star striker Fernando Forestieri’s ill-fated attempt to engineer a move away from Hillsborough by refusing to play at Norwich, a ploy for which he has since apologised.

Bannan refused to be drawn on dressing room feelings towards the Argentine but says keeping him at Wednesday is all that matters.

“Whatever happened has happened,” he said.

“We’d obviously rather it hadn’t, but at the end of the day, we want our best players on the pitch and Nando is definitely one of those. He’s been fantastic since he came to this club.

“We’ve got a lot of good players. We showed in the game at Norwich that people are capable of filling in. But Nando is Nando. He scores goals from nothing and creates so much. We can’t deny how important he is.

“Thankfully, it looks like it’s been resolved and he’s going to remain a Sheffield Wednesday player. We move on, we forget about it and hopefully he can lead us to promotion.”

As for Bannan, he has no plans to hit the road after finding a spiritual home in South Yorkshire, but that doesn’t mean his dreams end with promotion to the Premier League.

One day, he’d love to pull on the green and white of his beloved Celtic.

“Professionally, you want to play at the highest standard you possibly can, but, deep down, who doesn’t want to play for their boyhood team?

“That will never change but, right now, I couldn’t be happier here.”