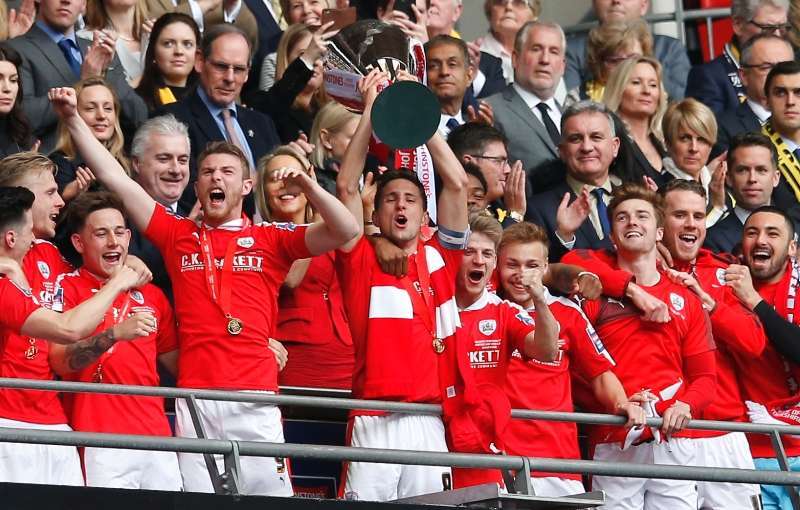 EFL chief executive Shaun Harvey believes the introduction of 16 category one academy teams to the revamped EFL Trophy ‘could make a real difference for our national team in the long run’.

The new format has come under heavy fire from fans ever since it was announced in June, but Harvey was adamant something had to be done to ensure the competition survived.

“We have looked at the competition’s format over the last few years,” explained Harvey.

“While it is massively attractive and lucrative for those that reach the final stages, there has tended to be a general apathy from clubs and supporters in the earlier stages.

“The competition needed to change to survive and we felt it was time to rejuvenate the competition with the introduction of the Category 1 sides.”

Since the participating teams were announced yesterday a number of Football League chairman and board members have come out saying they would have voted differently if they knew the “big clubs” weren’t going to be involved.

The clubs rejected the original invitations as the games are all scheduled to take part in international breaks and a large number of their U21 players are involved in the international youth set-ups.

Harvey said, “In all our discussions the Premier League sides were insistent on the ability to field competitive sides and to give the competition the respect it deserves. Those that declined the invite didn’t feel able to commit to doing this.”

Chelsea however seem to have sought special dispensation from the EFL board to play their games at a different time to the rest of the clubs, meaning their young international stars may well feature.

One of the main aims of the new format is to give young footballers in academies a chance to develop, something Harvey believes the Football League will benefit from.

“Some of the players in this year’s competition could go on to be England stars of the future. We are all determined to make football in this country the best it possibly can be. If this is a small step towards achieving that objective then EFL clubs have done themselves a service as the whole game benefits from a successful England team.”

This will be of little solace to fans who feel that it isn’t the responsibility of lower league clubs to accommodate academies in their competitions, and that the stockpiling of youngsters at many larger clubs should be stopped and not encouraged.

Harvey is hopeful however that the one-year pilot will prove to be a success.

“We won’t judge this after the first round; we will judge it at the end of the competition.

“We will sit down with all the clubs and we will see if it has been a value from a player development perspective, commercial perspective and raising funds for our clubs.

“Change isn’t always universally accepted. This is a genuine attempt to improve a competition that is in need of rejuvenation and we hope it works!”