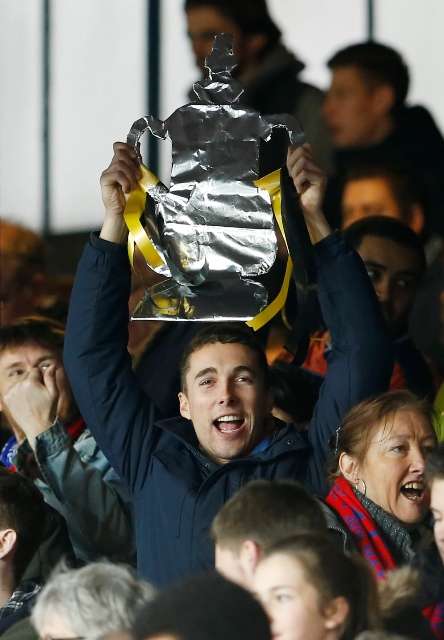 A home tie with Chelsea awaits Northampton Town should they beat MK Dons in their replay, as the FA Cup fourth round draw was made on Monday night.

Two months ago, the Cobblers were facing liquidation under the buckling weight of £10.8m debts. Undeterred by not being paid the players and staff have been gifted a fine reward with the prospect of the Premier League champions making the trip to Sixfields.

Fellow League Two promotion battlers Wycombe were also drawn to play a Premier League giant should they win their replay at Aston Villa, where a home tie against Manchester City is set for the victor.

Exeter City also forced a replay when they drew 2-2 with Liverpool in Friday night’s entertaining team, Tom Nichols and company will play host once again to West Ham United if they can overcome Jurgen Klopp’s Reds.

For Championship clubs, Derby County can turn the pressure up on under-fire Manchester United manager Louis van Gaal as his ‘boring’ team travel to the iPro Stadium. Elsewhere, Burnley travel to the Emirates to face Arsenal. A league fixture which they lost 3-0 in 2014.

The fourth-round fixtures will be played between January 29 and February 1.