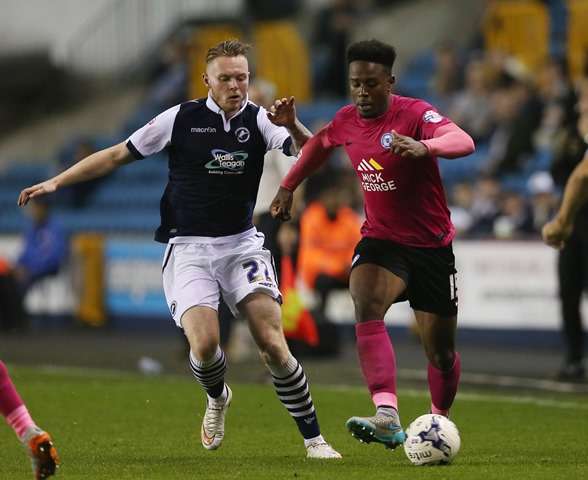 Aiden O’Brien has signed a new long-term contract to commit himself to Millwall until 2019.

The Irishman has bagged 10 goals in 29 appearances this season for the League One Lions, providing plenty of strike force for Neil Harris’ promotion push alongside team-mates Steve Morison and Lee Gregory.

The 22-year-old progressed through the club’s academy and was frequently sent out on loan to the likes of Staines Town, Aldershot and Torquay, and has staked his claim as a first-team regular in Harris’ plans.

“It’s great for me and also for my family that a new contract has been signed,” O’Brien told the club’s website.

“I feel that it’s been a good first-half of the season, not just individually but also for the team.

“I can’t thank the manager enough for his trust in me on the pitch, which is shown by the amount of games I’ve played this season.

“My focus remains on continuing to play as much as possible and scoring plenty of goals for Millwall in the future.”

Lions manager, Neil Harris said: “I’m delighted for Aiden that his long-term future with the club has been secured.

“It’s great for the football club because he is a young talent who has been one of our players since a very young age and risen through the Academy ranks.

“Aiden has been one of the key performers this year [and] everyone at the club is pleased that the deal is signed.”