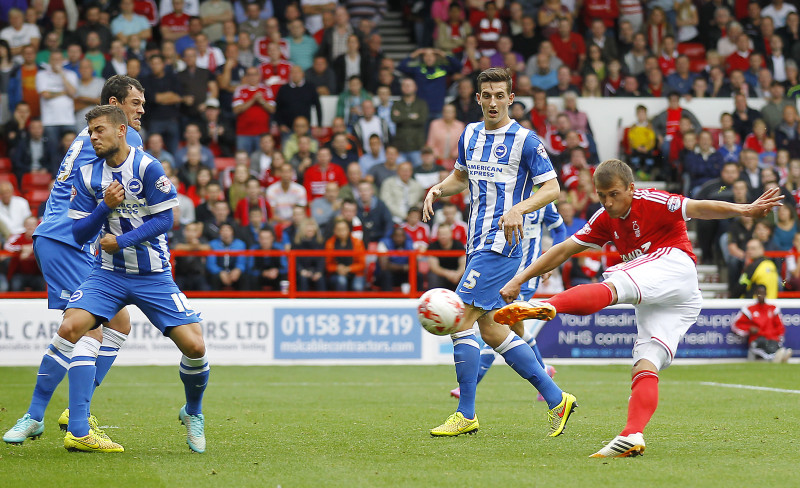 Dougie Freedman’s first game in charge sees his side head down to the south coast in search of a much needed three points.

In their way are a Brighton team still adjusting to Chris Hughton’s methods and reeling from a shock 1-0 defeat to basement dwellers, Blackpool. Of further note, in their last seven meetings, the home side have only triumphed once in this fixture – a stat that is likely to see a few tempted by the 5/2 on offer for a Forest win here.

Championship pace-setters Bournemouth make the long trip north on Saturday knowing that a win is likely to see them remain top of the table.

For Wigan meanwhile, an unlikely win would allow them to close the gap on fellow strugglers Millwall who, at present, sit five points ahead of them. This then looks an easy win for Eddie Howe’s men and the 51/10 or 12/1 available for a two, or three, goal winning margin deserves consideration.

Possessing a slightly inferior goal difference than their hosts, Bristol head into their game at the stadium:mk knowing a draw would be enough see them remain top of League One.

The hosts however, know that a win would see them leapfrog the visitors at the top courtesy of their superior goal-difference. Historically, this is a fixture that regularly sees both team going for it and, with 13 goals scored in just their previous three meetings, the over 2.5 total goals certainly seems a plausible outcome at 20/21 in addition to both teams finding the net in the second half at 23/10.

The Glovers could take a huge step towards League One safety on Saturday, if they can beat fellow strugglers Crawley at Huish Park.

Six games into his tenure as the Crawley boss, Dean Saunders finally tasted victory as he watched his side overcome Preston 2-1 last week but Yeovil will fancy their chances here. Additionally, the Glovers have never lost to Saturday’s visitors at home and a repeat of their November win is available at 22/25.

It’s likely that Shrewsbury will need to win Saturday’s game against Southend if they are to preserve their position at the summit of League Two.

With both teams arriving on the back of a three game winning streak (both of which incidentally followed a three game winless streak) Saturday’s fixture is expected to be a tight affair. Of further note, the home team have triumphed in each of the last three fixtures between the two – an outcome that can be backed at 21/20 – or 41/20 if you believe it can be done with a -1 handicap.

Level on 54 points with first-placed Shrewsbury, Burton haven’t lost a game since the end of November – a run of games they’ll be confident of adding to against a Cheltenham side with only one win in five.

The Robins started the season brightly enough, winning five of their opening seven games in all competitions, but have only won four times since then and currently find themselves hovering only two points above the relegation zone.

A relatively straightforward win (available at 27/20) for the visitors here seems par for the course, while the over 2.5 goals markets at 4/6 is also worth considering.