Posted on August 14, 2019 by admin in Columnists, Featured, Features | 0 Comments 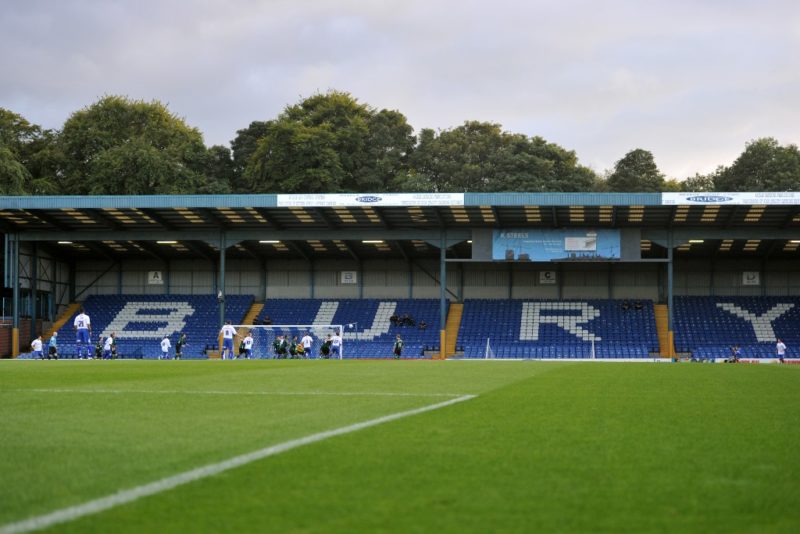 IF 135-year-old Bury Football Club are expelled from the EFL or, heaven forbid, cease to exist, what do you imagine the reaction will be? Mourning? Outrage? Plenty of both, I would say.

Then what? Would anything change? Would that tragedy finally shake the game from its stupor to make a concerted effort to improve regulations and better protect proud old cltubs? If not, what on earth would it take?

I love the Football League. I played in all three of its divisions, for five clubs, for most of my 15-year career. Its depth and vibrancy, in my view, is unrivalled. But its landscape has rarely looked so precarious.

Regular readers of these pages may note that my final column of last season followed a similar theme, but I make no apologies for returning to this subject.

The peril in which Bury and Bolton Wanderers find themselves has since made national news. They are merely, though, the most recent clubs to appear in the crosshairs. The list of clubs with maligned owners and unsustainable debts is long and undignified and there will be more added to it this season.

Nothing new? True, football has always attracted dubious characters and inflated egos. Not since the collapse of ITV Digital in 2002, however, has there been such unrest outside the Premier League. Debts are soaring. In 2017-18, 54 of the 72 clubs ended the season in the red. Wages across the three leagues exceeded £1 billion for the first time. In the Championship, where eyes are fixed on the Premier League prize, operating losses have doubled in the space of five years and net losses totalled more than £1.1 billion.

More than ten per cent of the Football League’s 72 members, meanwhile, paid their players late at least once last season. Eight clubs were served with winding-up petitions, half as many as were served with one in the previous five years combined.

Bolton became the first club to enter administration since Aldershot Town in 2013. Bury’s insolvency means the EFL have taken the unprecedented step of suspending their first three games. Both start League One with 12-point deductions which could yet rise.

Birmingham were docked nine points for exceeding losses of £39 million over a three-year rolling period permitted by the EFL’s profit and sustainability rules. There are signs that spending has been curbed as a result this summer, but will we see more clubs selling and leasing back stadiums to their owners, as Aston Villa, Sheffield Wednesday and Derby County did, to circumnavigate the rules instead?

The way football is being regulated is failing. Another Bury or Bolton is inevitable. So, the million dollar question is, what can be done? Answers are out there. But the will?

Putting some flesh on the bones of the EFL owners and directors’ test would be a good place to start. Someone like Alan Hardy, the well-intentioned but catastrophically misguided former Notts County owner, demonstrates that clubs can never be entirely safeguarded – we can’t see into the future.

But Steve Dale, who has still not demonstrated to the EFL that he has the money to run Bury, who he bought for £1 in December, highlights a gaping hole in the test in its current guise.

Far more thorough checks and balances, and transparency, are needed. How about compulsory business plans and a code of conduct for owners, monitored on an on-going basis? How about the requirement for prospective owners to deposit a bond that would cover any wages or tax bills in the event of non-payment? How about a prohibition on offering club property – chiefly stadiums – as security for loans, as Stewart Day, the previous Bury owner, did at exorbitant interest rates, which plunged the club into the mire in the first place? How about tighter regulations around where the money to fund the purchase of clubs comes from?

The problem, of course, is that the EFL is a members’ club which decides its own rules. Otherwise it merely regards itself as a “competition organiser”, as we hear so often amid calls for action. And do you reckon Championship clubs, with foreign owners with money to burn, are going to vote to restrict themselves further financially?

That’s why calls for an independent regulator, to enforce the above and more, are growing ever louder. Seeing an independent body take control of the national game without government legislation, however, is about as likely as a Ken Anderson statue being erected outside Bolton’s Macron Stadium.

When the Premier League broke away in 1992, nobody could have foreseen the global TV riches that would flow, or the strain such enormous financial disparity would place on the rest of the precious pyramid. But it has left a fractured, impotent regulatory framework that has allowed the Premier League to spend £1.4 billion on transfers this summer, while historic lower league clubs teeter on the brink. What’s to stop it being your club where the buckets are rattling next?