Home / Latest News / Will Blackburn be getting a motivated Barry Douglas?

Will Blackburn be getting a motivated Barry Douglas? 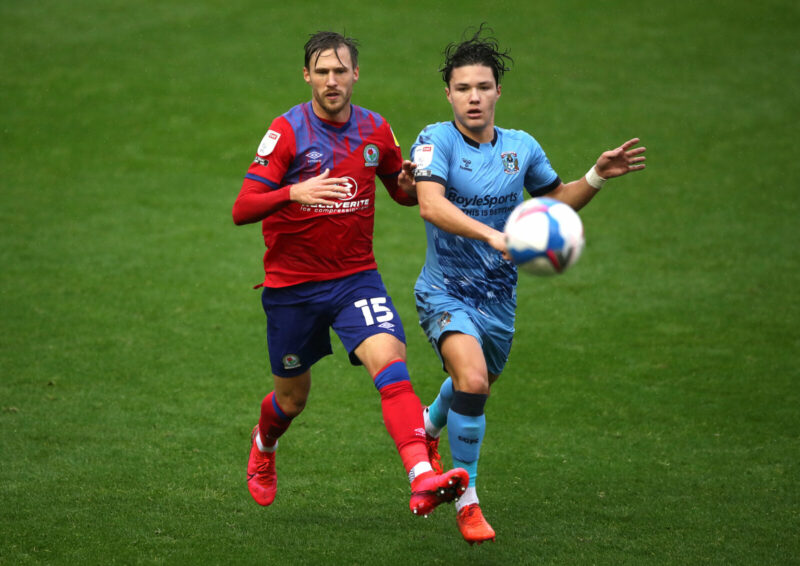 Leeds United’s decision to part company Barry Douglas after winning promotion to the Premier League didn’t take many by surprise in West Yorkshire.

Perhaps that’s because the left-back was also seen as being surplus to requirements at Wolves after Nuno Santo took the Molineux club back to the Premier League in 2018. Naturally, this prompted some to think that Leeds may well be as ruthless in re-shaping certain areas after their title-winning season in the Championship.

With that being said, it’s worth mentioning that the Whites don’t currently resemble a football club that is predominantly focused on merely staying in the Premier League.

Indeed, at just 5/1 in the latest English Premier League betting to finish in the top six, the fans will forgive the club for taking a rather cold-blooded approach to recruitment, as ambitious owner Andrea Radrizzani tries to take the Whites into Europe. But that doesn’t mean Douglas wasn’t initially included in this plan two years ago.

👏 A champion on and off the pitch! Thank you @barrydouglas03! pic.twitter.com/Z2G1hibyO0

Looking back, the general feeling amongst those in the Championship was that Leeds had pulled off one of the coups of the season by convincing the Scot to link up with Marcelo Bielsa’s team. The left back’s signing in the summer of 2018 was indeed seen as a change in tack for Leeds, given that they had acquired the services of a Championship-winning player.

After all, Douglas’ stats at Wolves spoke volumes as the defender scored five times and registered an incredible 15 assists in just 42 games. There would, however, be a noticeable drop-off in performance when he joined Leeds as the 31-year-old claimed just five assists, and failed to score once in 44 performances for Leeds.

Naturally, the odd injury and the sensational form of Stuart Dallas did little to help Douglas’ time at Leeds. One can’t help but wonder, though, if the fire didn’t go out in the Scot after having put in such a herculean effort for Wolves as they earned promotion and won the Championship title, only to be denied the reward of playing in the Premier League.

Obviously, this does beg the question as to what frame of mind Douglas will be in as he links up with his new teammates at Ewood Park, now that he has been sent down the Championship for the second time?

In the former Scotland international’s defence, all the reports that came out of Wolves and especially Leeds were that the defender was the epitome of a model professional at all times. Indeed, Leeds spoke glowingly about the 31-year-old’s impact in the dressing room and the integral role he played in changing the mindset at Elland Road.

Douglas was a popular player at Leeds. Victor Orta has written an open letter to him. This part stood out: pic.twitter.com/EZuC04YZqP

On this evidence, Blackburn Rovers fans and manager Tony Mowbray have very little to worry about and should be guaranteed a hardworking and driven professional who will be a huge asset to their promotion charge. But you also can’t overlook his drastic drop in form and the psychological toll yet another demotion to the Championship would have taken.

Hope always springs eternal, though, and this doesn’t have to be the end of the Premier League dream for Douglas, especially with Rovers at just 7/1 to be promoted.

When all is said and done, no one can deny that the defender has earned his chance, or at least done enough to play in England’s top-flight. Here’s hoping that it’s indeed third-time lucky for Barry Douglas as he begins his journey with Blackburn Rovers.