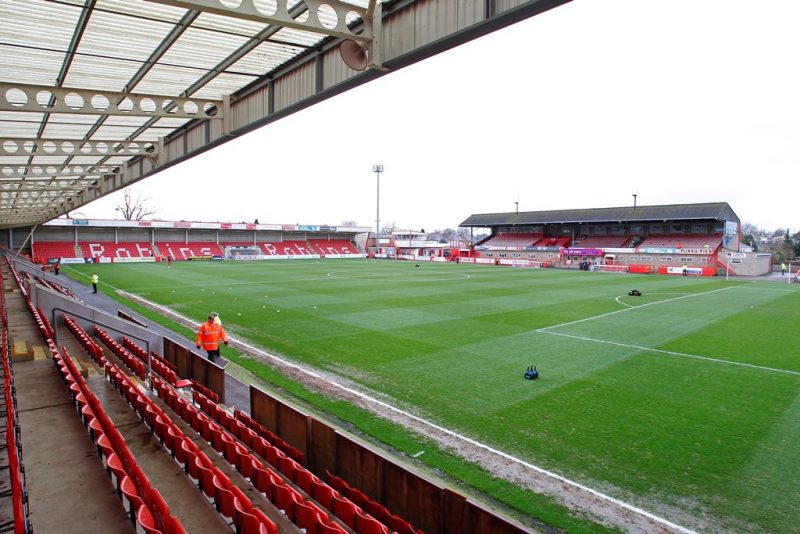 Cheltenham Town have completed the signing of Mohamed Eisa on an initial one-year contract.

The exciting 22-year-old forward player has spent the last two seasons in the Ryman League with Greenwich Borough, where he scored 57 goals, and has earned a deal with the Robins after impressing while on trial.

Eisa becomes the sixth player to arrive at Whaddon Road since the end of last season, after Jamie Grimes, Nigel Atangana, Kevin Dawson, Jonathan Flatt and Jordon Forster, and manager Gary Johnson is excited to have him on board ahead of the upcoming campaign.

The Cheltenham boss told the club’s website: “We’ve known about Mo for a couple of seasons and kept our eye on him due to his goal-scoring prowess at that level.

“He has matured over the past year or so and we invited him in for a trial. To me he looks like a player with great potential.

“He probably isn’t one to go straight into the first team unless he has an outstanding pre-season but he will be close to it and Mo will learn his trade knowing that his Football League debut might not be too far off.”

Eisa’s story is a great one, having arrived in Britain at the age of nine from Khartoum, Sudan, without being able to speak a word of English.

After learning the language quickly, he began playing football at school and the pacy forward joined Dartford and VCD Athletic, before sealing a move to Greenwich Borough, and is now ready to seize his chance in the EFL.

Eisa said: “It was hard for me at first but I started playing for an academy in London called Pro Touch and I really loved playing football every day.

“I wanted to be a professional player from a young age so now I have become one I am absolutely buzzing about it.

“I spent the past couple of seasons with Greenwich Borough and made over 100 appearances for them but when the chance came to come on trial with Cheltenham and I was really pleased to take it.

“It’s very different training full-time and training twice a day at the moment for pre-season – my body isn’t used to it – but I will get up to the right level and I’m working hard to get into the team if I can.”