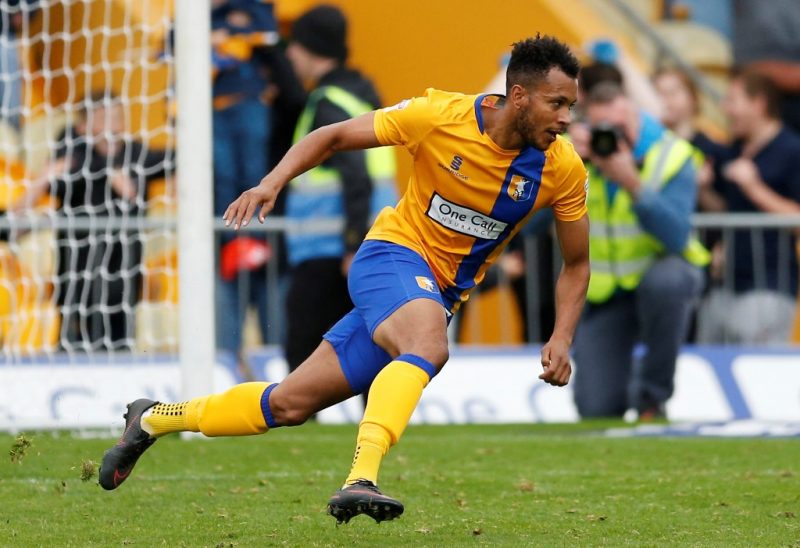 Lincoln City have completed the permanent signings of Matt Green and Ollie Palmer and have re-signed Burnley winger Josh Ginnelly on loan.

Green, 30 joins from fellow League Two club Mansfield after he was told he wasn’t part of Steve Evans’ plans next season, while 25-year-old Palmer, who also enjoyed a spell with the Stags between 2013-15, ended last season at Luton Town.

The pair will be joined by young Clarets wideman Ginnelly, with the 20-year-old agreeing a season-long loan deal at Sincil Bank after playing 20 times for the Imps last season as they romped to the National League title.

Green is hugely experienced, and has scored more than 100 goals during his career, and Lincoln boss Danny Cowley is clearly delighted to have signed him, saying: “Technically he’s a really good footballer. He can play up front in a pair, or play on his own so he gives a bit of flexibility and versatility.”

The arrival of Palmer is also a big boost for the Imps, who are keen to add goals and versatility to their squad after six years out of the Football League, with Cowley saying: “Physically he’s unbelievable, he’s mobile, and has a desire to score goals.

“He gives us an alternative option and gives us the opportunity to switch formation too.”

Ginnelly is another shrewd piece of business completed by the Cowley brothers, after he played a starring role for them towards the end of last season’s league triumph.

“We are delighted to be able to extend the loan of Josh,” said manager Cowley.

“We thought he bought into what we are and the pressing game we like to play. He’s got real talent, pace and he’s got a good end product.”