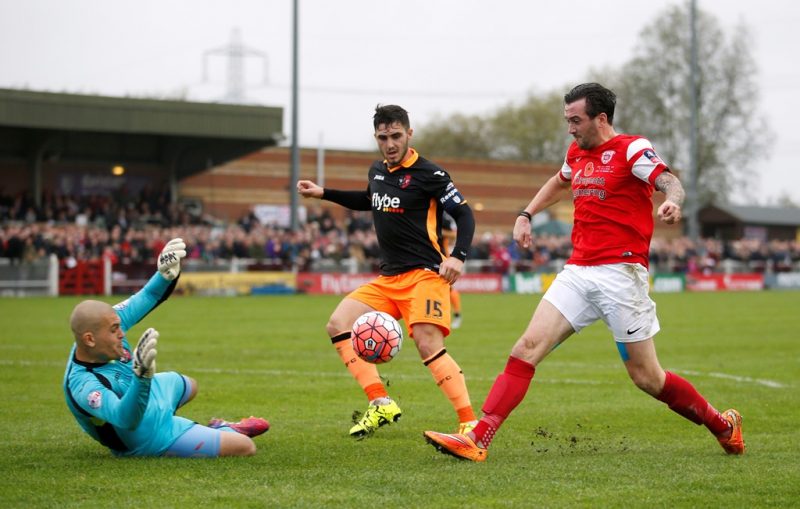 Exeter have released goalkeeper Bobby Olejnik, but are still hoping to offer the Austrian a new contract at the club.

The 30-year-old shot-stopper made 23 appearances for the Grecians last season as they just missed out on promotion after a heartbreaking defeat to Blackpool in the play-off final.

However manager Paul Tisdale is having to assess the finances at the club ahead of next season, and is unsure if he can warrant keeping Olejnik in Devon, with Christy Pym and James Hamon already at Exeter.

Speaking to the club’s official website, he said: “We are yet to establish whether we are able to carry 3 goalkeepers in the squad.

“With Bobby’s contract expiring, he has not received an offer, although we would love to keep him if it were possible.”

Exeter have 18 players in their squad ahead of next season, including important forwards Ollie Watkins and David Wheeler, and have offered six others, including defender Troy Archibald-Henville, new deals but they are yet to sign.

Meanwhile, Tom McCready and full-back Connor Riley-Lowe join Olejnik in being released, and Tisdale said: “Tom McCready has sadly had a wretched year with injury and we wish him well with his next move.

“Connor Riley-Lowe was one of our bright young players, who has been with us since he was 10, he is at the stage where he needs to go off and play football regularly.”