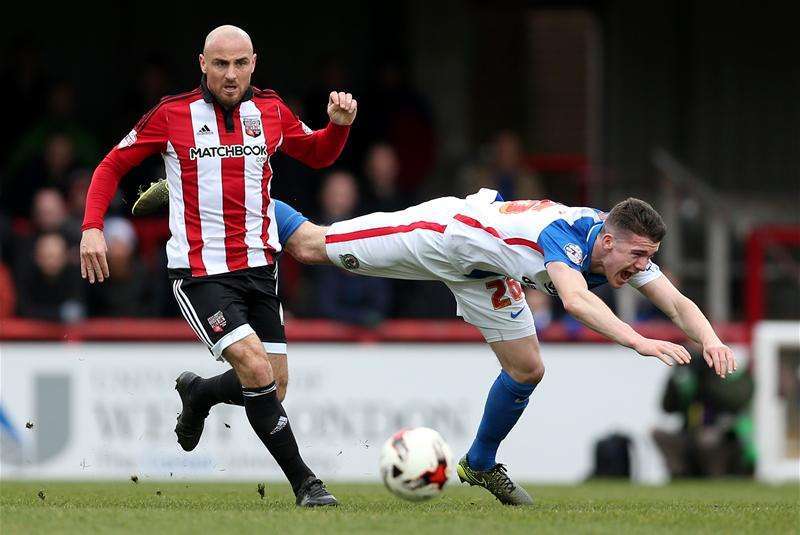 League Two Luton have agreed a deal to bring Alan McCormack to the club on a free transfer.

The experienced midfielder, 33, will officially become a Hatter when his contract at Brentford, the club he has been at since 2013, expires on July 1st.

McCormack has made over 100 appearances for the Bees in his four years at Griffin Park, becoming one of the club’s most consistent performers and a fan’s favourite.

He won promotion from League One with Brentford in 2014, and was named in the division’s team of the season that year, and Luton boss Nathan Jones said: “He [McCormack] is a wonderful signing.

“He has come from a Championship side, so it shows what we are looking to do. He is the type of player we have been looking for, and we are really pleased to have him.”

As well as featuring heavily in Brentford’s excellent League One promotion campaign, McCormack was a regular the following season as Mark Warburton’s side made it to the Championship play-off semi-finals against Middlesbrough.

Despite the Bees eventually losing to Boro, Jones is clearly delighted to have a player with so much high-level experience, saying: “With everyone we bring in, we try to see if they have got promotions on their CV’s, if they know what it’s like to play in high pressured games.

“To play for Luton, you have to be able to play under pressure and in big games.

“For me he is a real combative midfielder that can play. He has real good qualities. Good quality in possession, he is a leader.

“He is an experienced central midfield player which is what I feel we really need.”