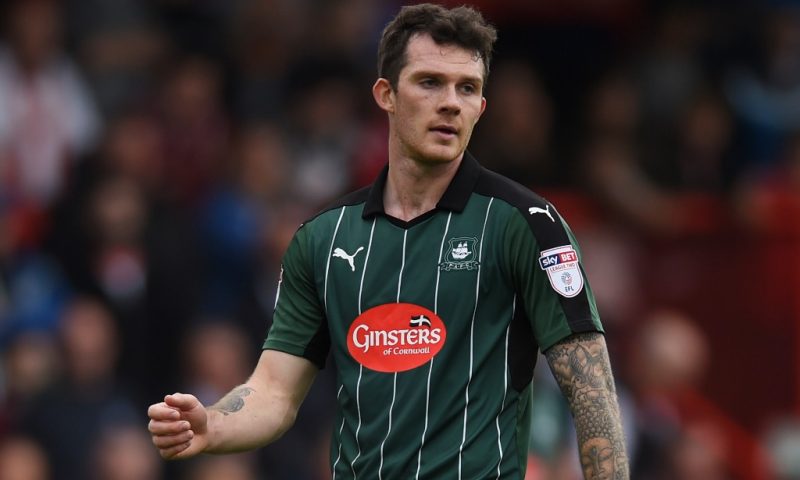 Plymouth defender Gary Miller says the team are ‘gutted’ for Jimmy Spencer after the striker broke and dislocated his ankle.

The Argyle front-man, who has been first-choice all season and has helped the club reach the summit of League Two, suffered the horrific injury in training on Friday, and faces up to three months out.

“A lot of the boys are gutted for him,” Miller told the club’s official website. “He has been doing well and it will be a big loss.

“He’s a good strong character, though, so we know he’ll come back better whenever he recovers. I just hope he’s feeling alright about it. It’s a shame, really; it’s not something you like to see at all.”

Miller was speaking ahead of his side’s match at home to Barnet this evening, where the Pilgrims will be attempting to bounce back from the weekend’s surprising 3-0 home defeat to Grimsby.

With a vast array of attacking talent that includes David Goodwillie and Jake Jervis, Miller is hopeful Spencer’s injury won’t derail Plymouth’s promotion bid, and said: “As sad as it is, other people who have been waiting and working hard will be looking to get in and make their claim.

“It is up to the other guys now to step up and stake their place; get their place in the team and try to keep it by doing well. I am sure they will be hoping to take their chance.”