Bentley: Barkhuizen has found his stride 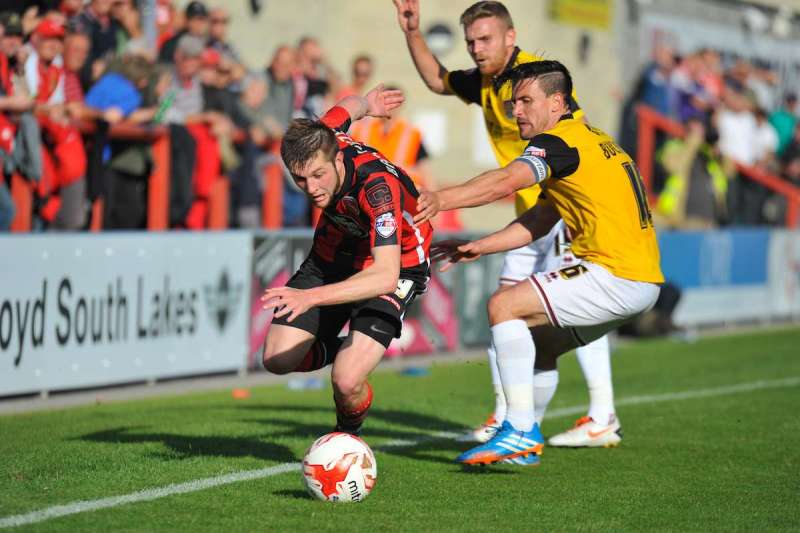 Jim Bentley has praised winger Tom Barkhuizen for his start to the campaign that has seen him be the source of three goals for Morecambe.

The League Two club may have had cause to question whether the new season would be a repeat of last when they were sunk by Grimsby 2-0 on the opening day of the season, but the Shrimps have shown belief to record three straight wins to reach the summit of the fourth tier.

Bentley revealed he was pleased to see the 23-year-old regain form that saw him notch seven goals in 12 matches last term before falling to inconsistency.

The Morecambe boss told The Visitor: “He’s doing well for us at the moment; a few eyebrows were raised when we brought him in on loan and it didn’t work out.

“He must have had four chances at Rotherham where he couldn’t score, [he] had a chance against Blackpool where he got the penalty and set up the winner.

“He scored a fantastic goal on Tuesday (against Portsmouth) with the way he picked up the ball, drove at their backline and hit it in the top corner.

“He’s right up to speed now; I remember last season he came off after 90 minutes and said it was the first 90 minutes he’d played in two years.”

Barkhuizen began his career in the youth academy at Blackpool, featuring mainly off the bench for the Seasiders until his release last summer. He has become a first-team regular for Morecambe since, playing a role in the Shrimps scoring 69 goals for 2015/16 – more than promotion hopefuls Leyton Orient and Cambridge United – only for a woeful defensive record to weigh them down to 21st place.

With back-to-back clean sheets, Bentley added that Barkhuizen’s renewed sharpness can help improve the prospects of both club and player.

“We’ve brought him on physically and mentally and, in my opinion, he will go on and play at a higher level,” Bentley said.