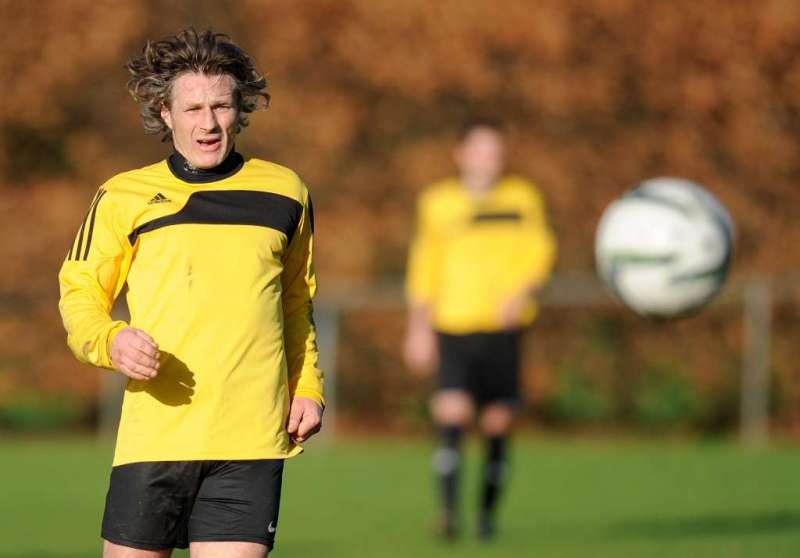 GARETH AINSWORTH is chasing two promotions in one season – and he’s tempted to unleash The Beast on the Bracknell & District Sunday League!

The Wycombe manager, now 43, still gets his kicks on the parks of Berkshire, lacing up his boots for Finchampstead Athletic each week.

But his dedication to his Sunday morning buddies has reached a never-seen-before level…he has even turned up for pre-season!

“I played, I didn’t train!” confessed the Adams Park boss. “We had our first friendly last weekend. We won 2-1 and I even managed a goal.

“None of the Wycombe boys can say I’m not doing the same as they are.

“I wouldn’t ask them to do anything I wouldn’t do, so now they’ve got it in black and white!

“I’m signed on again for Wycombe on non-contract.

“That’s how tight things are.  We’re going to sail close to the wind as we probably won’t fill the bench for a lot of the games, so I need to keep myself fit anyway.

“I love the Sunday thing, but I love the Saturday thing even more. Fingers crossed both of my clubs have good years.”

But do Finchampstead have the added advantage of a Football League tactician, as well as a striker, to give them the edge?

“Not at all…honestly!” he said. “I don’t stick my oar in whatsoever, even though you may find that hard to believe.

“I’m Gaz, one of the boys, not gaffer. I get enough of that during the week and on Saturdays, thank you.

“We’ve got two great guys who run it. They pick the team and sort the tactics out. I just sit back and enjoy myself and score the odd goal.

“They let me play up front, so I don’t want to change a thing.

“I’ll continue to keep it closed as long as they don’t put me at the back!”

But, while Sunday football is famed for getting players to chip in with a little sponsorship money from their employers to keep the team going, will Ainsworth be supplying the side with a bit of back-up? “I may have to get Bayo down,” joked the manager, who has excelled at Wycombe after saving them from the drop into Non-League football on the final day two years ago.

“Adebayo (Akinfenwa) would be pretty handy in the rough and tumble of Sunday football when things get physical!

“In all seriousness he’s a great signing for us. He is a huge personality, but when I met him what struck me most was when he said ‘It’s about Wycombe and not about me’.

“He carries profile but he is also incredibly professional.

“He won’t play every game but look what he did for AFC Wimbledon last year. Without his performances from the bench in the three play-off games, there’s no way they would have gone up.”

*This story was orignally featured in The FLP on Sunday 7 August 2016.