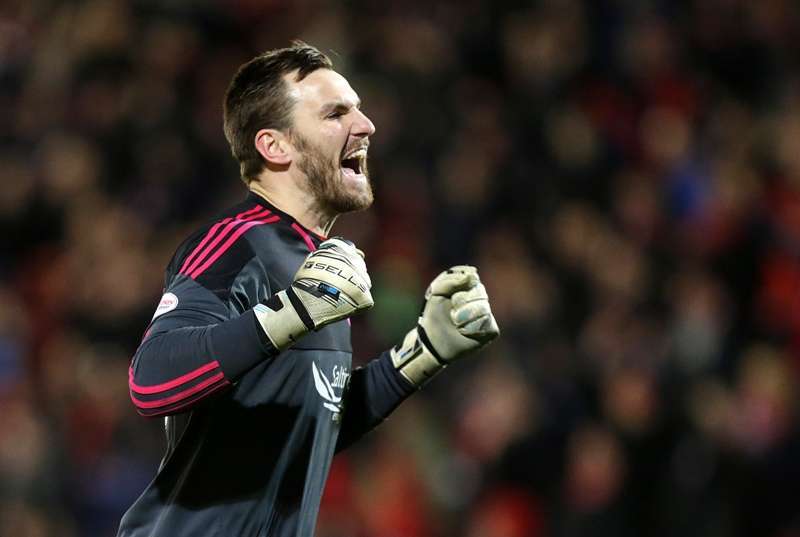 Wycombe have completed the signings of goalkeeper Scott Brown and defender Will de Havilland.

Both players have been on trial with the Buckinghamshire club and Gareth Ainsworth was pleased with the impression they made throughout pre-season.

They take the number of players brought into Adams Park this season to seven and end the clubs search for another keeper.

31-year-old Brown made over 300 appearances for Cheltenham Town before spending two years with Aberdeen in the Scottish Premier League.

“It’s no secret that we were on the lookout for a keeper,” commented Ainsworth.

“I’m sure Scott will play a big part in continuing the defensive resilience that we’ve built up over the last two years.

“He has terrific experience at this level, and in the top flight in Scottish football, and he’s an important acquisition for us.”

De Havilland arrives as defensive cover having been released by Sheffield Wednesday and Ainsworth is hopeful the 21-year-old can push for a starting place. “Will is a young lad near the start of his career and where he’s lacking in first-team experience, he’s got all the attributes to be a success.

“I’m sure he can compete with the likes of Aaron Pierre and Anthony Stewart for a place in the starting line-up because he’s been excellent throughout his trial.”

Wycombe finished 13th last season after losing the Play-Off final to Southend the year before but Ainsworth believes the squad is the strongest it’s ever been under his leadership. “The squad is in great shape and we’ve got some excellent characters, a fantastic team spirit and a real hunger to give everything for each other.

“I’m excited about seeing what they can deliver on the pitch over the next nine months.”