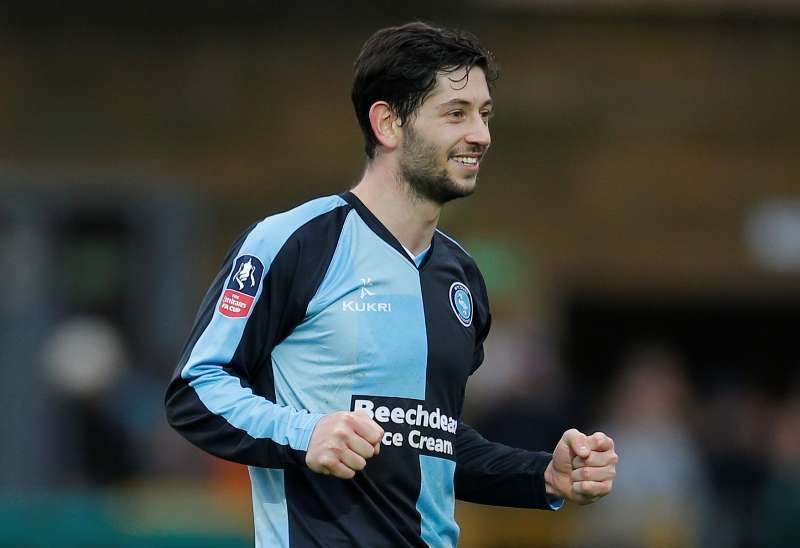 I went to Wales v Romania, which was a qualifier for the 1994 World Cup. It was a birthday present and I remember going to school and my brother, Sam, came in to see me and said: “You’re getting taken to the game tonight.” Wales needed to win to qualify but lost 2-1. It was the night England beat San Marino 7-1 but that wasn’t enough to get them through either.

Probably Ryan Giggs. Being from Wales and growing up as a left midfielder, I used to watch him on TV. I got given Ryan Giggs videos for Christmas and, in Wales, he was our only main player, winning everything with Manchester United.

If I remember rightly, they were a pair of Reebok Sidewinders. They were just black, leather boots – you couldn’t get anything else then – but they had this yellow lightning bolt on them. I think Giggs had them at the time, which is why I wanted them.

I was a bit of a Tottenham fan when I was younger and I remember Jurgen Klinsmann signing for Spurs in 1994, I had the away kit. It was a purple or purple/navy- colour and I think the make was Pony. I had Klinsmann on the back, so that’s the first one I can properly remember.

It was my debut for Cardiff, against Norwich. My family were Cardiff fans so it was always my dream to play for them and I was very fortunate I managed to progress through the youth system and to make my debut, with all my family there. I came on towards the end of the game as a substitute and we lost 1-0. It was towards the end of the season so I don’t think the game really mattered too much, but for me it was unbelievable.

I don’t get many so I like to remember them! I was on loan at Accrington Stanley, aged about 19 or 20, and I managed to score a free kick in a 3-3 draw away at Macclesfield, so that was an unbelievable experience as well. I never really scored too many goals, even in youth teams, so to score a professional goal was an awesome feeling.

I’ve only had one. I was on loan at Accrington again a few seasons later and it was in the League Two play-offs. I over-lunged for a tackle and didn’t think I had caught the guy too much, but he went down and their players all ran in, which you sort of expect nowadays. The ref gave me a straight red. It’s not a nice feeling – especially as it was on TV. You know you’ve got friends and family all watching. The funny thing was that I got into the changing room and sat down a bit unhappy with myself when Sean McConville walked in. He was sent off in the aftermath, so there were the two of us looking at each other thinking ‘Well, what’s gone on here?’