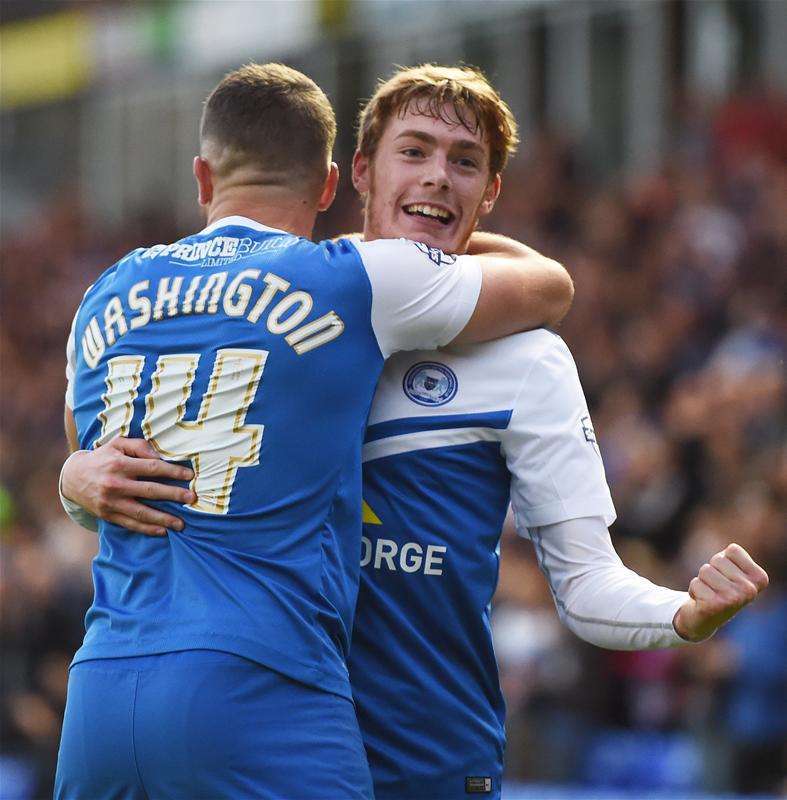 James, 21, came through the academy system at Hartlepool and has signed a temporary deal to stay at Victoria Park until the end of the season.

The forward scored 22 goals in 100 appearances during his first spell with the club, earning the Fans’ and Players’ Player of the Year awards in 2013/14 after hitting the net 16 times.

What followed was a £500K transfer to London Road, where Posh would six points short of their play-off ambitions and James would be added to the transfer list along with captain Jack Payne and Player of the Year Joe Newell.

League Two’s lowest-scoring side Hartlepool (23 goals in 25 games) confirmed that James is in contention to play against Notts County on Saturday.