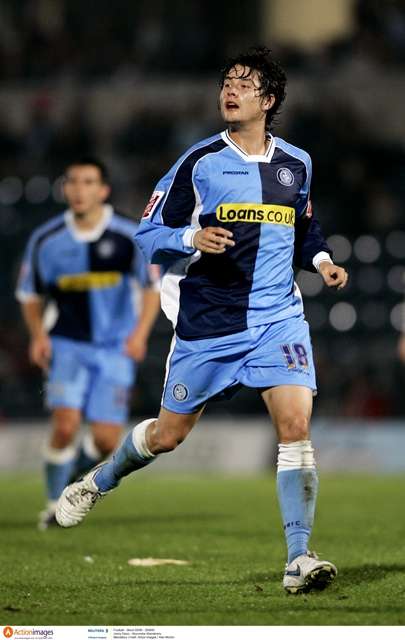 COME Dine with Me, Jodie Marsh on Mail Order Brides and Sun, Sex and Suspicious Parents might sound like an evening in watching trash TV, but for former Wycombe Wanderers and Brighton & Hove Albion striker Jonny Dixon it’s been all work.

Chairboys and Seagulls fans will no doubt remember the fleet-footed attacker with his straggly black hair.

But, aged 25, he surprisingly walked away from football to pursue another career. And over the course of an hour the 31-year-old tells The Football League Paper all about his second career in television.

An assistant producer, producer, director and edit producer, Dixon has worked on a long list of cult TV shows including Don’t Tell the Bride and The Valleys  as well as the ones mentioned above.

“I’ve still got a close group of football mates from my days at Wycombe,” Dixon says. “They always say I wasn’t a typical footballer.

“I’d go home from training and write scripts, draw, I used to cut my clothes and sell them down the market at Greenwich, I started up a music management company.

“The other boys would go home, watch Sky Sports News, play PlayStation, watch a match, go to bed, wake up for training. Football, football, football. I was always looking for other creative outlets on top of football.

“I sort of fell out of love with football, fell in love again and back out again. It was the whole ‘you play the same game and one person will say you played well, another will say you didn’t’.

“Everything can change on the toss of a coin sometimes. I felt at 25 I was going to start getting to the stage where I was chasing my career rather than be in full control of it. Year contracts here and there. So I just took a massive risk to do something else.”

Dixon looks back on his playing days with great fondness and he admits he does miss the rush of scoring a goal. But after not watching a game for a year post-retirement, he’s often at games again to see his former team-mates in action.

“Watching Matty Bloomfield captain Wycombe at Wembley, even though they lost, was moving. I remember his first day at the club,” Dixon says.

And all are still part of Wycombe’s Wolf Pack, along with Newcastle United’s Mike Williamson, Sergio Torres, Tom Cadmore, Steve Gregory – now all playing Non-League – and Jamie Young, who is in Australia.

“Russell says it’s quite rare and a lot of his team-mates don’t have that bond with an old group of players,” Dixon says. “We’ve put effort in to maintain that because we had some good times when we were younger.

“During our Wycombe days we went through some tough times. One of our good friends Mark Philo passed away in a car crash. He came through the youth ranks with me. It was the day before my 22nd birthday. That really bonded us all together.” 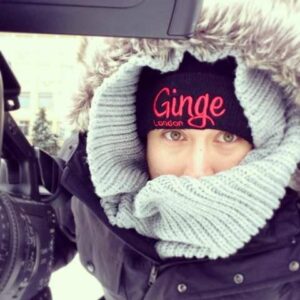 Dixon is clearly happy with his big life choice. Last year he married Beki in Australia, he’s growing his own production company, The Duck Train Collective, and working on securing investment for a feature film next year.

So what do his football mates think of his day job now? “They love it,” he says. “They always said, ‘Dicko, you are different’. I think they always knew I would do something slightly different.

“Football careers are funny things. You have expectations of how things should be and how they should pan out. But there’s no right or wrong answer. Some players have gone from Non-League to international football and some the other way around.

“For me it felt right doing what I did at the time. I had a great time for the years I did play and I came out at a time I was able to do something else. And still in love with the game.”