Martin Ling column: Believe me, I’d be a better boss after depression battle 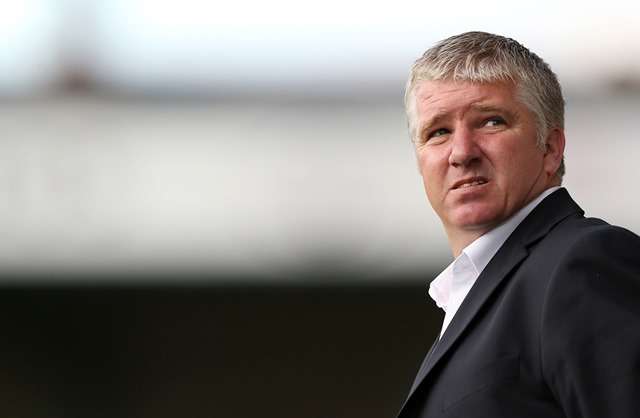 IT’S two-and-a-half years since I went down with depression. A little less since I came out of the Priory.

And, touch wood, I’ve been well ever since. But the first question everyone still asks me is ‘Are you OK?’

Sometimes I feel like saying ‘F***ing hell, that was ages ago!’ I want to walk round with a banner saying ‘I had depression but I’m doing fine now’.

But that’s my own fault because I want to speak out, to normalise it and encourage people to seek help. I want the problem to stay in the public eye.

When I first took leave from Torquay in 2013, there were an awful lot of rumours going round. That I had a brain tumour, cancer, that I was an alcoholic – everything you could possibly think of.

My plan was to return to the job and be as open and honest as possible. Obviously I never got that chance, so I’ve spent the years since doing TV, radio, anything to explain the disease.

I’ve been to universities and done talks. I’ve spoken to the League Managers Association. Now the FA have asked me to get involved with a video.

On October 3, I’ll be sleeping rough outside Hornsea YMCA to raise awareness – and money – for homeless people and the problems that led them there.

It’s amazing how many people have approached me about relatives of theirs who are suffering and said ‘Would you mind having a coffee with them?’

I have an awful lot of those coffees. Because if I can speak to someone who is in trouble, I will always try to fit it into my schedule. My twitter feed is full of people who are struggling and I try to send little messages of encouragement. It isn’t much, but I hope it helps.

It’s always going to be part of my story and I’m not ashamed of it. To come through that hell, it has made me a better person.

I used to think I was weak for being depressed. Now I think I’m strong for coping.

I don’t mind people talking about something that one in four people suffer from. I’ll always remember my consultant saying ‘You’re not the biggest or best name that’s ever sat in that chair’. At the time, I thought he was just making me feel better. Now I know it’s true.

But while I’m happy to help others, I’d still love to be a manager again. I just think I’d be better. I’m a more rounded, more understanding person.

Will I get the chance? I know it’s harder. I know someone will be taking a punt. And I’m not going to beg for a job. But my CV is strong and with everything I’ve been through, I’m convinced I’d make a better manager than I ever was before.